Stocks roared to their best day in more than a month Tuesday as investors hit the “buy” button, following some encouraging signs of strength in the U.S. economy. Construction spending reached its highest level in eight years in January. Banks, the worst-performing sector of the market so far this year, led the way higher.

Stocks jumped at 10 a.m., when the Commerce Department reported that construction spending continued to rise in January. At the same time, a survey showed some signs of life in the beaten-down manufacturing sector. Those were good signs for the U.S. economy.

Banks rose the most, but big names in consumer and tech stocks also climbed, as did oil prices.

The Nasdaq composite index, which is heavily weighted with technology companies, made its biggest gain since August, adding 131.65 points, or 2.9 percent, to 4,689.60.

Stocks have stumbled this year as investors feared for the health of the U.S. economy at the same time that China, Europe, and Japan are slowing or struggling. Tuesday’s report showed construction spending rose by the most in eight months. A manufacturing index had its best reading in six months, though activity is still declining.

Bank of America picked up 67 cents, or 5.4 percent, to $13.19 and JPMorgan Chase gained $2.90, or 5.2 percent, to $59.20, leading financial stocks higher. The S&P 500’s financial component has slumped about 9 percent this year, worse than any other industry, as investors worry about loans banks have made to energy companies and low interest rates.

“They’ve just been beaten with a stick this year,” she said. “Earnings have not been that bad and the companies’ financials are not that bad.”

Cavanaugh said investors are pleased with the construction and manufacturing reports, and relieved that the dollar and oil prices seem to have stabilized.

Most automakers reported big gains in their February U.S. sales. Ford climbed 58 cents, or 4.6 percent, to $13.09 after its sales rose almost 20 percent, a better gain than analysts expected. Honda, Fiat Chrysler and Nissan also reported big improvements. GM’s sales fell as it tries to shift its business away from rental sales, but its stock gained 57 cents, or 1.9 percent, to $30.01. 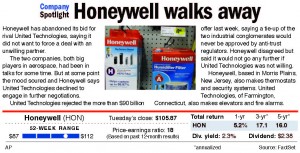 Hertz climbed after the company said it cut costs and improved the management of its rental fleet. The stock, which has been trading at its lowest since 2009, jumped $1.04, or 12.2 percent, to $9.54.

Medical device maker Medtronic gave up $3.21, or 4.1 percent, to $74.18 after its sales fell short of analysts’ projections.

In other energy trading, wholesale gasoline fell 2 cents to $1.31 a gallon. Heating oil rose less than 1 cent to $1.10 a gallon.