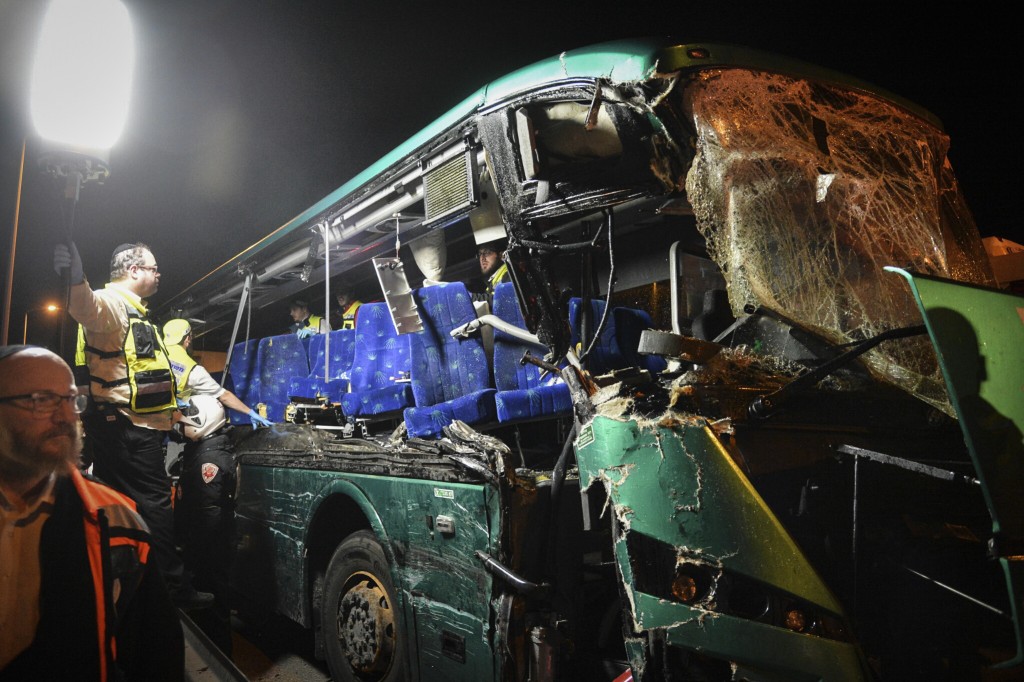 Egged spokesperson Ron Ratner said Tuesday that he believed any investigation into the actions of top company officials, relating to the recent traffic tragedy in which six people were killed, will completely exonerate them, and the company as a whole. “We cannot respond directly to the investigation, as it is ongoing,” Ratner said in a statement. “Egged is cooperating with the Israel Police on this matter.”

Ratner was speaking Tuesday afternoon after police announced that they had detained four top Egged executives, questioning them on their knowledge of the driving history of the driver who was behind the wheel of the 402 Yerushalayim-Bnei Brak bus that rammed into a truck on Route 1 in the Feb. 14 accident. In a statement, police said that in the past, they have questioned management and owners of private bus companies and transport firms whose drivers were involved in accidents. “We intend to do the same thing here,” the statement said.

Police said Tuesday they were investigating the possibility of charging management criminally, possibly with negligent manslaughter or even more serious crimes.

According to police, the driver of that bus had been involved in at least two major accidents in the past. At a hearing to extend his remand earlier in February, police said that the same driver had been involved in an accident in 2013 under similar circumstances, and in the same area – and had injured 18 people in that accident, none seriously. Afterwards, Israel Radio reported, the Egged bus company had reassigned the driver to local routes, and taken off inter-city routes – but several weeks ago he was restored to his previous status, and was assigned routes between Yerushalayim and Tel Aviv or Bnei Brak.

Later, it was revealed that the driver was involved in yet another accident, this one on Route 443 in December 2010, on the Modi’in-Tel Aviv route. At that time he was driving for the Violia bus company (now out of business), late at night in heavy rain. According to the driver, a car that passed him on the highway splashed rain on the windshield of the bus, temporarily blinding him. As a result, he said, he crashed into an oncoming car, injuring a father and a son.

Reports in Israeli media quoted regular passengers and witnesses as saying that the driver was known to be a dangerous driver. In comments to Israel Radio, one passenger said that the driver “would weave back and forth between vehicles, trying to get ahead of the other cars. Passengers would point out his dangerous behavior, but he would ignore them.” The report said that numerous passengers complained about him.

Police investigators said that besides acting in a careless manner and driving aggressively in the recent accident, the driver attempted to tamper with the vehicle’s “black box” – the recording device that keeps track of the movements of the bus, how fast it was going, and other issues. Besides responsibility for the deaths, the driver may be charged with evidence tampering and other associated crimes.

Speaking Tuesday, Ratner said that “Egged believes that a complete investigation will show that there was no wrongdoing by Egged management, who head the company that daily, via thousands of drivers, provides transportation services with the highest level of safety.”