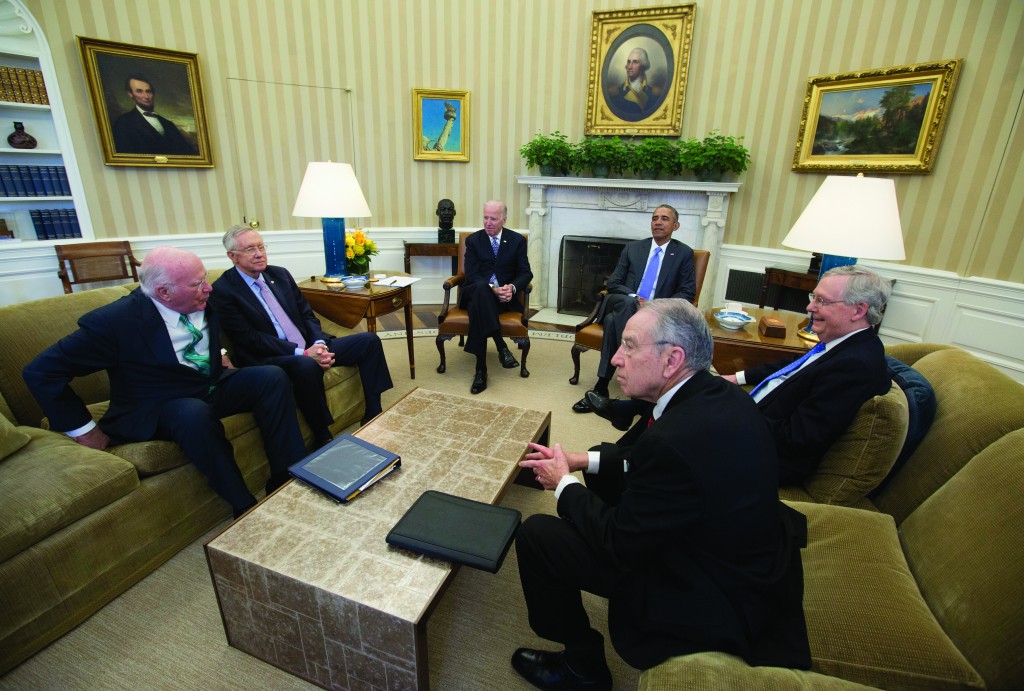 McConnell, of Kentucky, and the Senate Judiciary chairman, Republican Chuck Grassley of Iowa, offered no names, Reid said. Instead, they were “adamant” that they wouldn’t consider any Obama nominee, he said.

“Never in the history of the country has anything like this happened, where they won’t meet with the person, they simply won’t hold hearings,” Reid said to reporters after the Oval Office meeting.

“They’re going to wait and see what President Trump will do, I guess, as far as a nomination,” Reid added, referring to the front-runner for the Republican presidential nomination, Donald Trump.

The struggle over the Supreme Court vacancy, which would tip the balance of power on a court in which remaining members are divided evenly between liberals and conservatives, is shaping up as Washington’s biggest battle of the year, played out against the backdrop of a presidential election.

McConnell and Republican members of the Senate Judiciary Committee, which handles Supreme Court nominations, have said they won’t consider anyone Obama names to the court and instead will wait until after a new president is elected and submits a nominee.

Obama has said he will name a replacement, and Democrats and liberal allies of the White House are gearing up to raise political pressure on Republican senators to allow a hearing and vote on Obama’s choice.

Obama invited Senate leaders from both parties to the White House on Tuesday to consult on a nominee, following a tradition that in this case seems moot.

McConnell met with House Republicans on Tuesday morning before going to the White House, and told them that he would continue to obstruct any Obama nominee, “making it crystal clear that it would be the next president” who makes the choice, Republican Rep. Tom Cole of Oklahoma said in an interview.

As the congressional leaders posed with Obama in the Oval Office at the start of the meeting, a reporter asked if anyone in the room would listen to the other side. The lawmakers responded with silence.

Obama said, “Thanks, guys,” and reporters were ushered out.