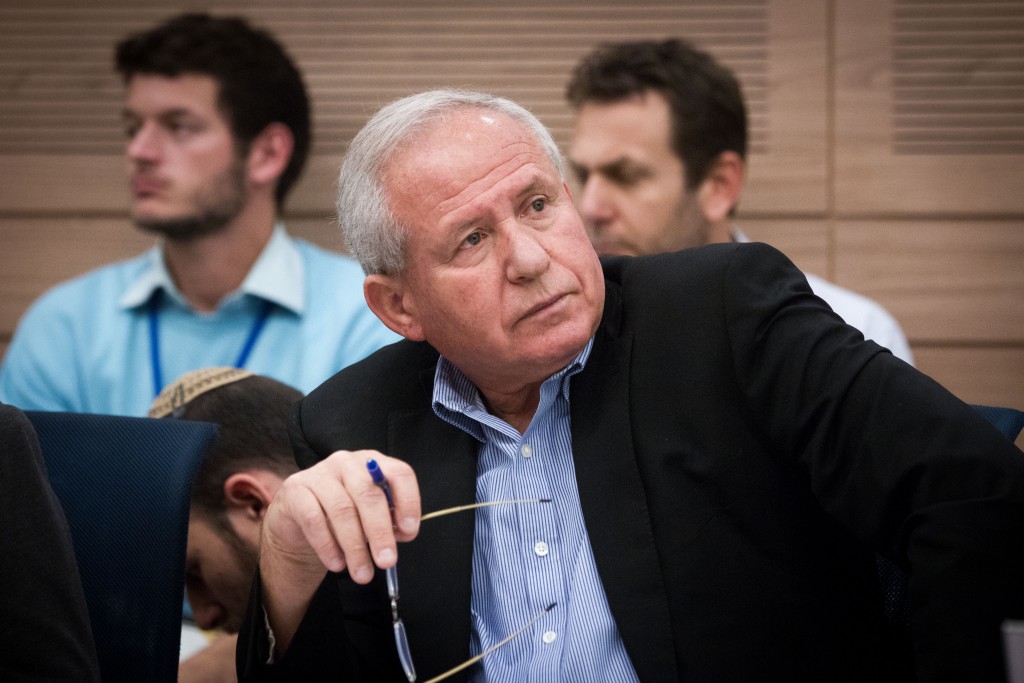 Dichter’s record as head of the security service came up during an interview with reporters about the controversial Exclusion Bill, which Odeh angrily opposes and Dichter, now a Likud MK, supports. The bill would empower a 90-MK majority to expel a colleague for disloyalty or supporting terrorism, and is aimed at Arab MKs.
“Knesset Members sent ‘people’ to murder the leadership of the Palestinian people,” Odeh said. “Dichter sent them to murder Arafat … and Yassin, and Rantisi. And he is sitting in the Knesset — the man who sent people to kill people.”

Dichter posted a response saying he was “proud to have had the privilege” of sending Yassin and Rantisi “deep into the earth,” within a month of each other, in early 2004.

He said he was honored to have served in “protecting Israeli citizens, including Israeli Arabs and Odeh himself, from the murderous terror led by the same people Ayman Odeh defends.”

With his “unfortunate statement,” Odeh had become “the representative of Hamas leaders in the Knesset and abandoned the security of Israel’s citizens — Jews as well as Arabs,” Dichter said.