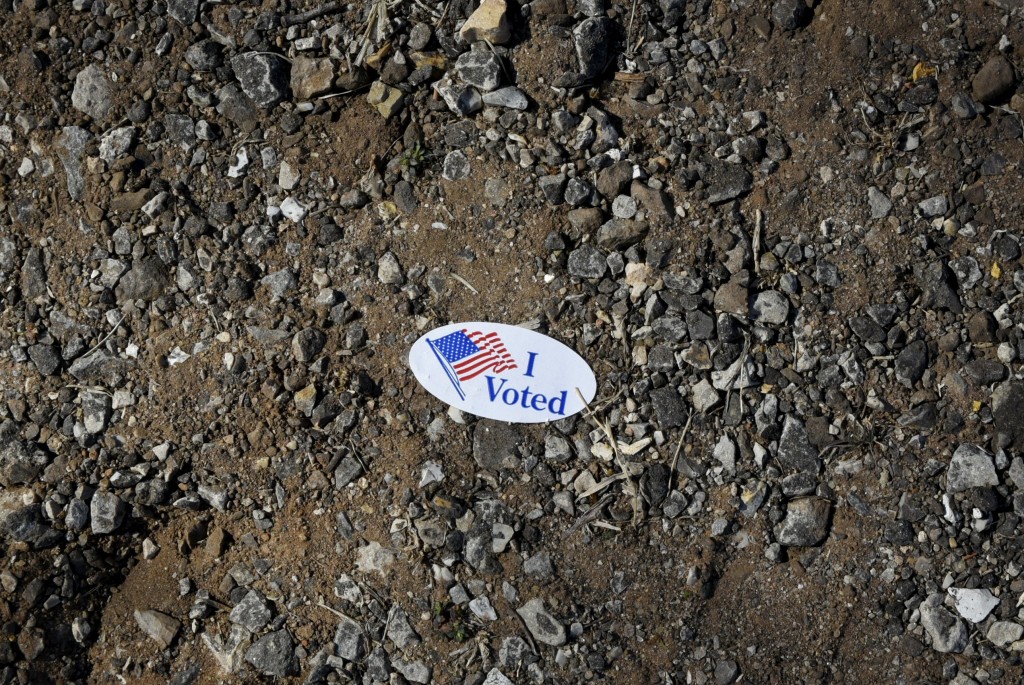 Republican Donald Trump and Democrat Hillary Clinton were sweeping through the South on Super Tuesday, with the front-runners claiming victory in their parties’ primaries in Georgia, Alabama, and Tennessee. Clinton also picked up a win in Virginia, while Trump carried the Republican contest in Massachusetts.

Super Tuesday marked the busiest day of the 2016 primaries, with the biggest single-day delegate haul up for grabs. With elections in every region of the country, the contests put a spotlight on candidates’ strengths and weaknesses with a broad swath of American voters.

For Clinton and Trump, the voting marked an opportunity to begin pulling away from their rivals and charting a course toward the general election. Each entered Super Tuesday having won three of four early voting contests, and more strong showings could start putting the nominations out of reach for other contenders.

Clinton was steadying herself after an unexpectedly strong challenge from Bernie Sanders. The Vermont senator did carry his home state decisively on Tuesday, and told the crowd at a raucous victory party that he was “so proud to bring Vermont values all across this country.”

Early exit polls underscored Sanders’ continued weaknesses with black voters, a core part of the Democratic constituency. Clinton led with African-Americans, as well as both men and women, in Georgia and Virginia, according to surveys conducted by Edison Research for The Associated Press and television networks.

Sanders continued to show strength with young voters, carrying the majority of those under the age of 30.

The contests come at a turbulent time for the GOP, given Trump’s strengths in the face of opposition from many party leaders. Florida Sen. Marco Rubio and Texas Sen. Ted Cruz launched furious verbal attacks on the billionaire businessman in recent days, but some in the party establishment fear the anti-Trump campaign has come too late.

Trump’s wins in the South were a blow to Cruz, who once saw the region as his opportunity to stake a claim to the nomination. Now Cruz’s future hinges on a victory in his home state of Texas, the biggest prize of the day.

Rubio’s goal was even more modest. He was seeking to stay competitive in the delegate count and hoping to pull off a win in his home state of Florida on March 15.

Even before the first results started flowing in, Trump was calling on Rubio to give up if he didn’t win anywhere on Tuesday.

“He has to get out,” Trump told Fox News. “He hasn’t won anything.”

Republicans spent months largely letting Trump go unchallenged, wrongly assuming that his populist appeal with voters would fizzle. Instead, he’s appeared to only grow stronger, winning states and drawing broad support for some of his most controversial proposals.

In six of the states on Tuesday, large majorities of Republican voters said they supported a proposal to temporarily ban all non-citizen Muslims from entering the United States, an idea championed by Trump. Two-thirds of GOP voters in Texas, Virginia and Georgia, 7 in 10 in Tennessee, and nearly 8 in 10 in Alabama supported the proposal, according to the early exit polls.

Worries among Republicans appeared to grow after Trump briefly refused to disavow former Ku Klux Klan leader David Duke during a media interview. Trump later said he had not understood the interviewer who first raised the question about Duke, and he did repudiate him.

House Speaker Paul Ryan said Tuesday that anyone who wants to be the Republican presidential nominee must reject any racist group or individual.

“When I see something that runs counter to who we are as a party and a country I will speak up. So today I want to be very clear about something: If a person wants to be the nominee of the Republican Party, there can be no evasion and no games,” Ryan said.

The disarray among Republicans comes as Clinton appears to be tightening her grip on the Democratic field. Her wins in Georgia and Virginia were the first of what her campaign hoped would be a sweep of the South, a region where large segments of the Democratic electorate are black.

Democratic voters were more likely to want a continuation of Obama’s policies than switch to more liberal policies in eight of nine states where surveys were conducted.

Signaling her growing confidence, Clinton has increasingly turned her attention to Trump in recent days, casting herself as a civil alternative to the insults and bullying that have consumed the Republican race.

“What we can’t let happen is the scapegoating, the flaming, the finger pointing that is going on the Republican side,” she told voters in Springfield, Massachusetts. “It really undermines our fabric as a nation.”

States holding voting contests in both parties were Alabama, Arkansas, Georgia, Massachusetts, Minnesota, Oklahoma, Tennessee, Texas, Vermont and Virginia. Republicans also vote in Alaska and Democrats in Colorado. Democrats also have a contest in American Samoa and for Democrats Abroad.