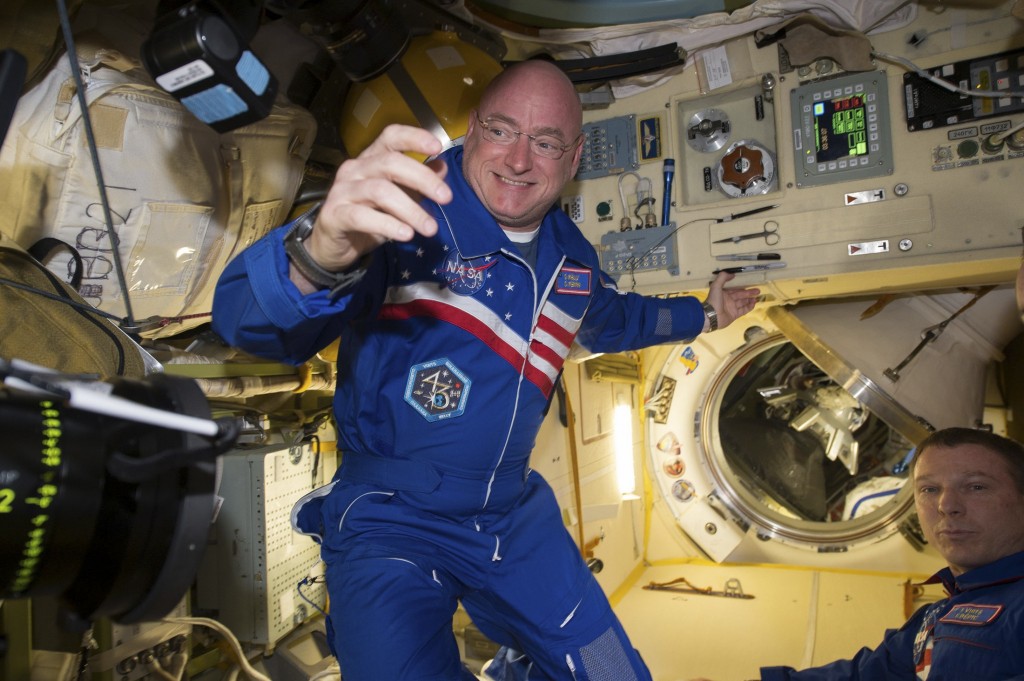 It has been a long, long time, but record-breaking rocket man Scott Kelly is finally coming back to Earth. On Tuesday, the 52-year-old NASA astronaut will wrap up a 342-day mission on the International Space Station. It’s not the longest jaunt in space – back in the days when Russia had its own space station, several cosmonauts pulled longer stretches and one even lasted 437 days. But it’s the longest stint ever taken on the ISS, and it’s the first time scientists have focused on the physical effects of such long-term spaceflight.

The hope is that studying Kelly – and his identical twin, Mark Kelly, a retired astronaut who spent the year on Earth – will help us figure out what challenges astronauts might face setting out on even longer trips, as they probably will when journeying to Mars and beyond. Doctors will check to see how microgravity, increased radiation, and other uniquely spacey problems may have affected Scott Kelly’s health over the course of the year. His brother won’t be a perfect match – it’s not as though NASA scientists can point to any differences between them as being related to spaceflight – but the existence of a “control” twin will make for some interesting data.

“Obviously, this is a tiny sample size, so we’re not really looking at how Scott and Mark are different during the year, exactly,”Johns Hopkins Medical School’s Andrew Feinberg told The Washington Post just before Kelly’s launch last year. “It’s not statistically valid to say that differences between them must be due to the spaceflight.”

But, added Feinberg – whose project for the mission focused on epigenetics, or the way different environments affect the expression of our genes – “if something happens after Scott departs, increases during his trip, and then goes back to normal after he comes back to Earth – if we don’t see that kind of sequential change in his twin, well, it’s not proof of anything, but it certainly suggests something interesting is going on.”

Kelly and Mikhail Korniyenko, his co-adventurer on the year-long mission, will close the hatch of the Soyuz capsule at 4:40 p.m. Eastern time Tuesday. They’re set to undock just after 8 p.m., and they should touch down in Kazakhstan at 11:27 p.m. (a much more civilized 10:27 a.m. Kazakh time). Kelly will arrive back home in Houston about 24 hours later.

From a layperson’s standpoint, coming back to Earth is arguably the scariest part of space travel. International Space Station veteran Doug Wheelock told ABC News that a Soyuz landing is like “going over Niagara Falls in a barrel, but the barrel is on fire.”

Maybe that rough-and-tumble ride is what has Kelly thinking about staying up in orbit for even longer.

“I could go another 100 days,” he said during a news conference conducted from the ISS last week. “I could go another year if I had to. It would just depend on what I was doing and if it made sense – although I do look forward to getting home here next week.”