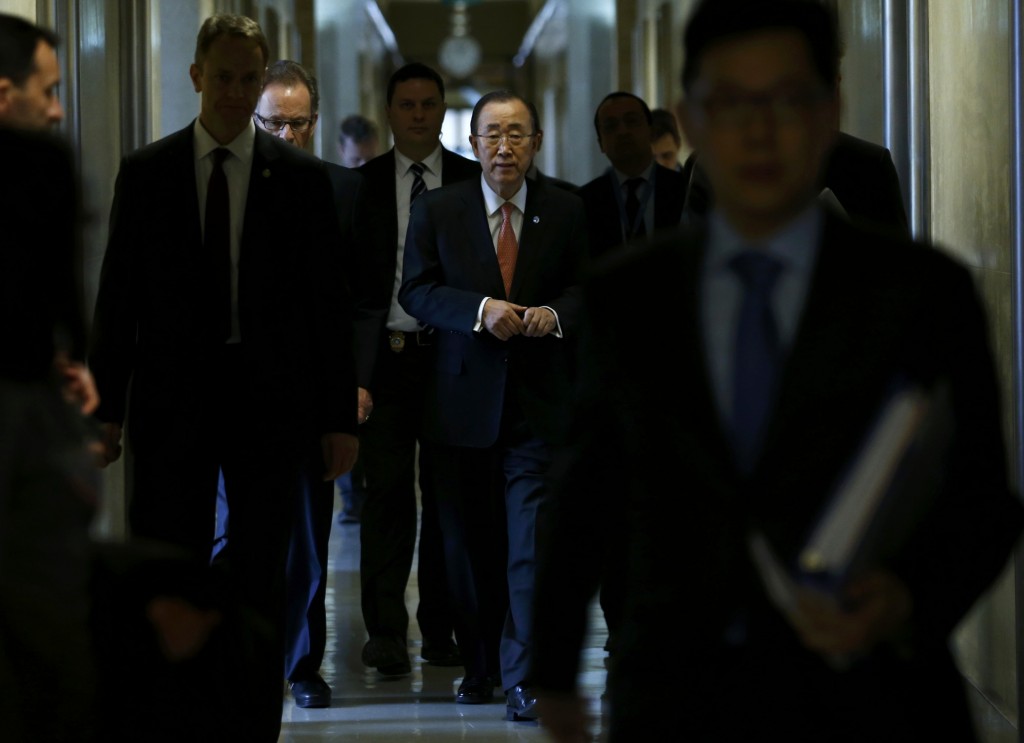 A senior official from Syria’s main opposition group said on Monday that the first major attempt to halt the fighting after nearly five years of war was in danger of total collapse because of attacks by government forces.

The cessation of hostilities drawn up by the United States and Russia faced “complete nullification” because Syrian government attacks were violating the agreement, the official of the Saudi-backed opposition High Negotiations Committee (HNC) said.

France said there were reports of attacks on opposition forces in breach of the deal, which came into force on Saturday, and countries backing the Syria peace process would meet later on Monday to try to clarify the situation.

U.N. Secretary-General Ban Ki-moon said the pause in the fighting was largely holding, despite some incidents that he hoped would be contained. The Kremlin said the process was underway, although it had always been clear it would not be easy.

The British-based Syrian Observatory for Human Rights said the cessation was largely holding with casualties greatly reduced compared to before the agreement took effect.

The cessation of hostilities, the first of its kind since the war began in 2011, is a less formal arrangement than a cease-fire. It is meant to allow peace talks to resume and aid to reach besieged communities.

The United Nations and other agencies hope to deliver aid to more than 150,000 people in the next five days.

Asaad al-Zoubi, head of the HNC’s delegation to the peace talks, gave a gloomy assessment of the truce. “We are not facing a violation of the truce … we are facing a complete nullification,” he said to Al Arabiya al Hadath channel.

“I believe the international community has totally failed in all its experiments, and must take real, practical measures towards the [Syrian] regime,” Zoubi said, without elaborating.

He said there were no signs of any preparations for peace talks, which the United Nations wants to reconvene on March 7.

Talks in Geneva in early February collapsed before they started, with rebels saying they could not negotiate while they were being bombed.

Syrian officials could not immediately be reached for comment on claims that government forces were violating the cessation. The government, whose forces are backed by Russian air power, has said it is abiding by the agreement.

The agreement does not include terrorist groups such as Islamic State and the Nusra Front, and Russia has made clear it intends to keep bombing them. But rebels regarded as “moderate” by the West fear they will also be targeted as they operate in areas where Nusra is also present.

Countries belonging to the “International Syria Support Group” (ISSG), led by the United States and Russia, are to meet in Geneva on Monday afternoon. They are supposed to monitor compliance with the deal and act rapidly to end any flare-ups.

“We have received indications that attacks, including by air, have been continuing against zones controlled by the moderate opposition,” French Foreign Minister Jean-Marc Ayrault said in Geneva. “All this needs to be verified.”

The HNC said the cessation of hostilities was broken by the Syrian government 15 times on the first day, and that there were further violations by Russia and Hizbullah, both allies of President Bashar al-Assad.

On the ground, rebels said the violence was below pre-cease-fire levels in some places and little changed in others.

Abu al-Baraa al-Hamawi, a fighter with the Ajnad al-Sham group in northwestern Syria, said the government had shelled a number of villages. “It is regular bombardment, no change. The regime after the truce is as it was before.”

A fighter in the Aleppo area said the overall level of violence had gone down, but there were many violations and people were pessimistic.

The Syrian Observatory for Human Rights, which monitors the war through a network of contacts on the ground, said the number of people dying on a daily basis had gone down substantially since the cessation started.

“Yesterday, around 20 people died, both fighters and civilians. Before, there was an average of maybe around 180 people a day. It’s a big reduction in terms of human losses,” Observatory director Rami Abdulrahman said.

Syrian government forces meanwhile regained control of a road to the northern city of Aleppo after making advances against Islamic State terrorists. Government forces had been relying on the route to reach Aleppo, which it sees as a major prize.