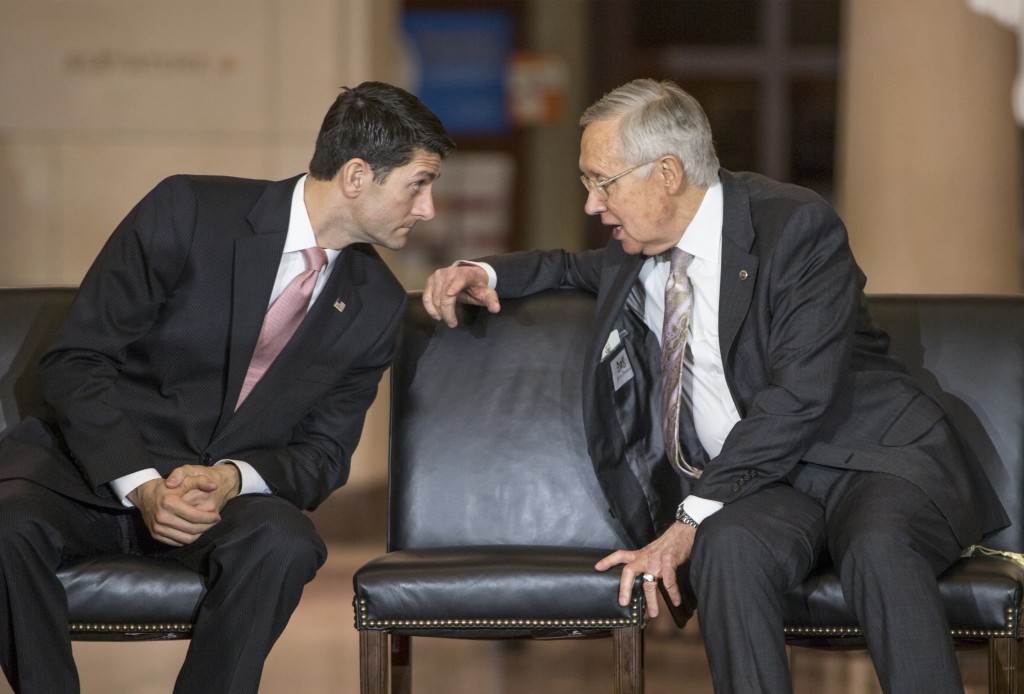 Senate Democrats have opened a rare public feud with President Barack Obama over a congressional effort to discourage America’s trading partners from targeting Israel with politically motivated boycotts and sanctions.

Minority Leader Harry Reid and other Democrats voiced their objections to Obama’s decision not to implement provisions in a trade law that instructs U.S. negotiators to protect Israel from boycotts.

House Speaker Paul Ryan also criticized Obama and said Congress would use its power of oversight to ensure the provisions are enforced.

“Only this administration would try not to enforce a trade enforcement law,” the Wisconsin Republican said Friday.

Specifically, the provision instructs U.S. negotiators to resist other countries’ actions that support the “boycott, divestment and sanctions” movement, known as BDS. The senators said the movement tracks with growing anti-Semitism around the world.

Obama is opposed to the boycott movement and has pledged to fight it “as long as I am president.”

But his administration took issue with part of the bill that it said conflates Israel with “Israeli-controlled territories,” a reference to Yehudah and Shomron.

The White House said the language lumping Israel and the Palestinian territories together contradicts U.S. policy toward Israeli settlements.

In a signing statement Obama issued Wednesday, he said he intended to interpret the newly signed law “in a manner that does not interfere with my constitutional authority to conduct diplomacy.”

But the senators said the White House has mischaracterized the provisions as making a U.S. policy statement about Israeli settlements. “This simply is not the case,” they said. The provisions are aimed at countering “commercial actions aimed at delegitimizing Israel and pressuring Israel into unilateral concessions outside the bounds of direct Israeli-Palestinian negotiations,” according to the senators.

Reid was joined in the statement by Democratic Sens. Chuck Schumer of New York, Ron Wyden of Oregon, Ben Cardin of Maryland, Michael Bennet of Colorado and Richard Blumenthal of Connecticut.