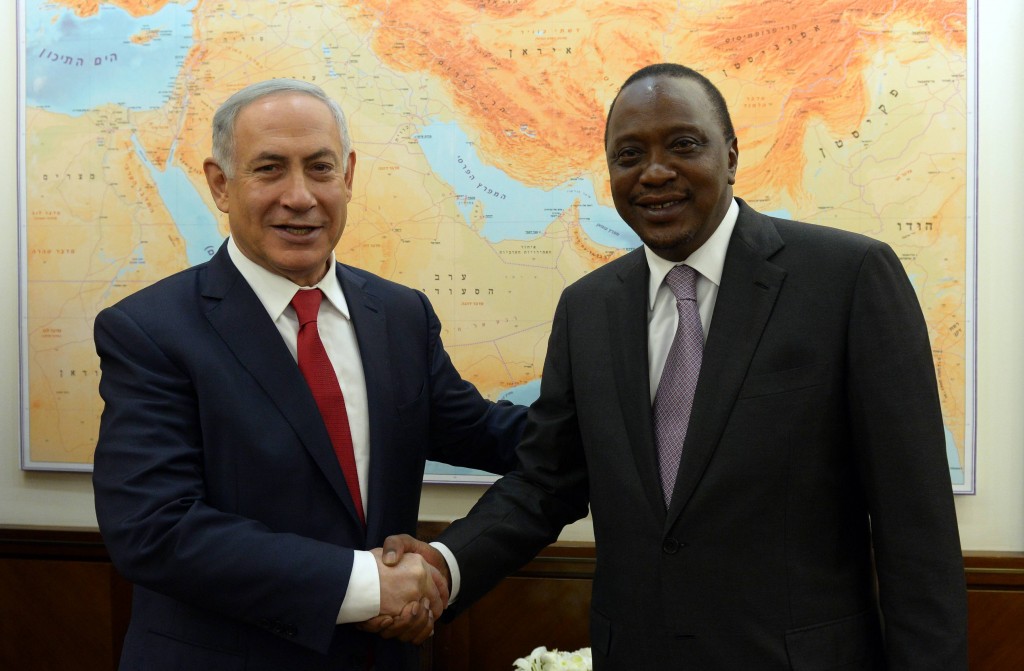 Palestine Authority chief negotiator Saeb Erekat expressed concern over Kenya President Uhuru Kenyatta’s visit to Yerushalayim and the Jordan Valley. Erekat said that Kenyatta’s visit to “occupied areas breached Kenya’s obligations not to recognize as lawful a situation created through the illegal use of force and other violations of peremptory norms under international law.”

He said that he would raise a complaint against Kenya at the next meeting of the Arab League.

Prime Minister Binyamin Netanyahu met last Tuesday with Kenyatta, with the two signing a joint statement focusing on cooperation on water and agricultural issues, and establishing a joint bilateral committee to develop projects together. The two countries have for decades coordinated in these areas; among other things, hundreds of Kenyans over the years have been brought to Israel for training on better farming techniques.

“We have had a remarkable relationship between our two peoples,” Netanyahu told his guest. “It’s a partnership that dates back over half a century. Your father, Jomo Kenyatta, is the founding father of the Kenyan nation, and the leader of your country’s struggle for independence. He was also the architect of the friendship between Israel and Kenya. He demonstrated that friendship most dramatically 40 years ago in helping Israel in the raid in Entebbe to rescue our hostages. This is something that has left a deep imprint on Israel. The people of Israel are grateful for that. And I’m personally grateful for that.

In his comments, Kenyatta said that both his country and Israel were fighting Islamic terrorism. “We both live in challenging neighborhoods with similar security concerns and the cooperation between our two governments since the time of our independence has been formidable, and we look forward that this particular trip will strengthen those ties even further. We have no room for extremism, we must do everything that we can to protect the freedoms and the beliefs and the principles and the common values that we share, and we look forward to further strengthening our cooperation in the security area.”

In 2013, Islamic terrorists attacked the Westgate shopping mall in Nairobi. The mall was owned by Israelis. The attack resulted in at least 67 deaths, and more than 175 people were reportedly wounded in the mass shooting. Islamist terrorist group al-Shabaab claimed responsibility for the attack, which it said was in response to Kenyan military activity against Somalian Islamists.