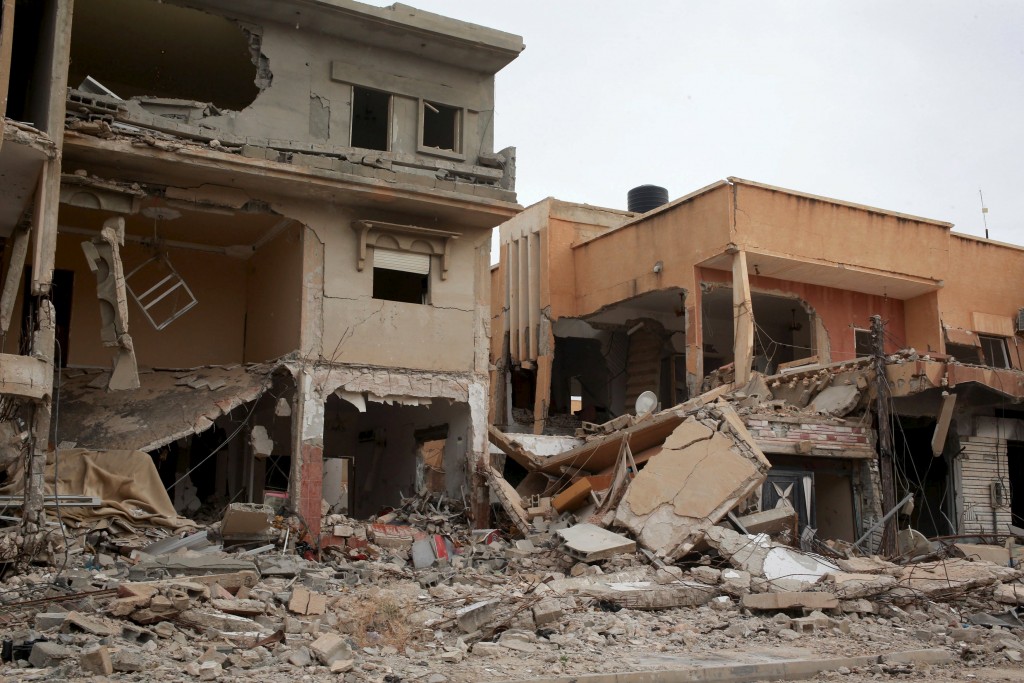 No group claimed responsibility for the attack, though both the United States and Libyan government forces have launched air strikes on terrorists in recent months.

People living in Ras al-Tbel, about 50 miles southeast of Bani Walid, had seen the same convoy of up to 15 vehicles carrying the black flags of Islamic State over the past two days, the official added.

It was not immediately clear if the convoy was hit.

Jihadist groups have taken advantage of political chaos to expand their presence in Libya, and terrorists loyal to Islamic State have taken control of the coastal city of Sirte, about 160 miles east of Bani Walid.

Western officials say they are discussing air strikes and special forces operations in Libya against the group that is seeking to set up a cross-border Islamic caliphate and has already seized large areas of Syria and neighboring Iraq.