World The Cease-Fire in Syria Appears to Be Working, at Least for Now
World 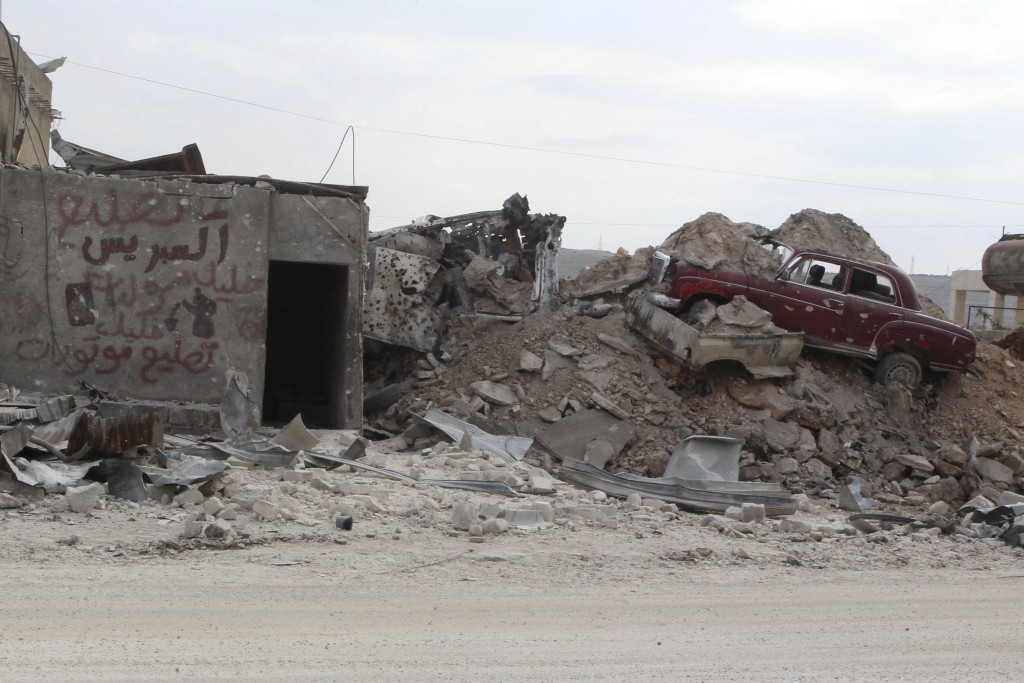 The unthinkable happened in Syria on Saturday, as an internationally mandated truce unexpectedly took hold across much of the country, raising hopes that the beginning of an end to the five-year-old crisis may be in sight.

There were scattered skirmishes and bursts of artillery fire across some of the front lines, a car bomb killed two people in the province of Hama, and Syrian government warplanes dropped barrel bombs on a village in Idlib province, without causing casualties.

But for the first time in as long as anyone can remember, the guns were almost completely silent, offering Syrians a welcome respite from the relentless bloodshed that has killed in excess of a quarter of a million people.

“We have not experienced such a thing since the beginning of the revolution,” said Maj. Jamil al-Saleh, commander of the U.S.-backed Tajamu al-Izza brigade in the Hama province town of Latamneh. He and his men were taking advantage of the calm to clear the rubble from more than 50 airstrikes in the town during the previous 48 hours, conducted by Russian warplanes in a late blitz apparently aimed at securing maximum advantage before the truce went into effect.

There were no planes in the skies of the much-bombed city of Aleppo for the first time in days, and residents there ventured onto the streets with newfound confidence, said Ameen al-Halabi, an activist living in a rebel-held neighborhood.

“Today is so different. People feel safe, and you can feel more life in the streets,” he said.

Russia’s Defense Ministry told reporters in Moscow that the Russian air force had completely suspended airstrikes over Syria on Saturday to encourage the implementation of the two-week truce. But a ministry spokesman indicated that Russia may soon resume bombardments against those terrorist groups not covered by the cessation of hostilities agreement: the Islamic State and the al-Qaida-affiliated Jabhat al-Nusra.

The suspension of the strikes “does not mean that Daesh or Nusra Front terrorists may breathe freely. We are in control of the situation all across Syria,” said Lt. Gen. Sergei Kuralenko, using the Arabic acronym for Islamic State, in comments quoted by the Russian Sputnik news agency.

This was the first attempt by the international community to bring about a cease-fire since a U.N.-led effort in 2012 collapsed within hours, and expectations were low that this one would succeed.

The exclusion of Jabhat al-Nusra was one of the reasons why Syrians had low expectations. Jabhat al-Nusra fighters are scattered across rebel areas, making it hard to distinguish rebel positions from Jabhat al-Nusra ones and increasing the likelihood of bombardments targeting all groups.

Both sides of the conflict exchanged allegations of violations, with the Syrian government accusing the rebels of firing shells into the capital city, Damascus, and the Syrian opposition saying the government had infringed the truce in 15 locations by day’s end.

But for the most part, there was simply widespread relief that the bloodshed had paused at all, even if only for a day.

“Overall, there is a mood of surprise that attacks have reduced significantly,” said a statement from the White Helmets civil defense group, which was monitoring the violence nationwide. During a call to the White Helmets team in the southern province of Daraa, one member put on the speakerphone and asked: “Can you hear that? It is the sound of birds singing.”

The calm bolstered hopes that a stalled peace effort to secure a broad settlement to the war may soon be revived. Staffan de Mistura, the U.N. special envoy for Syria, has tentatively set March 7 as the date for the resumption of the talks in Geneva, which collapsed without progress this month.

The truce, scheduled initially to last for two weeks, is being officially referred to as a cessation of hostilities rather than a cease-fire because it is not intended to be a permanent solution. That is the goal of the peace talks, which have as their aim the creation of a transitional government that will pave the way for a full end to the hostilities and a long-term solution.

There was nonetheless widespread skepticism that the calm will last long enough to give real impetus to the peace talks.

Much time has already been taken out of a process that was intended to begin in January and was expected to last six months. Turkish officials said Turkey supports the cease-fire and had expressed concern that the wrangling over the implementation of the cessation of hostilities and the delivery of humanitarian aid were detracting attention from the need for a long-term political solution.

Rebel commanders said they feared that the government and its Russian allies would use the lull to regroup and reinforce their positions before resuming offensives. The truce culminates months of advances by the government that have seen the rebels lose vital territory around Aleppo and along the Turkish border in the northwestern province of Latakia, boosting government confidence that it can win the war outright.

“Nothing has changed,” said Capt. Abdulsalam Abdulrazzak of the Noureddine al-Zinki rebel group, speaking from a front-line town west of Aleppo. “Russia and the regime consider the truce as a military tactic, not as a preparatory measure for a political solution.”

In eastern Syria, dominated by the fight against the Islamic State, the war continued uninterrupted. In a surprise setback for Kurdish forces, Islamic State terrorists launched an assault against the border town of Tal Abyad, whose capture last summer had been hailed by the U.S. military as a major success.

They swarmed through the streets, overran a cultural center and beheaded a tribal leader accused of cooperating with the Kurds before U.S. warplanes intervened to bomb the Islamic State’s positions.

The Kurdish People’s Protection Units, or YPG, and their local Arab allies grouped under the umbrella of the Syrian Democratic Forces claimed at nightfall to have secured full control of the town. But the incident illustrated the continued danger presented by the Islamic State terrorists even to areas from which it has already been ejected, and notably those where mostly Kurdish forces have taken over mostly Arab towns.