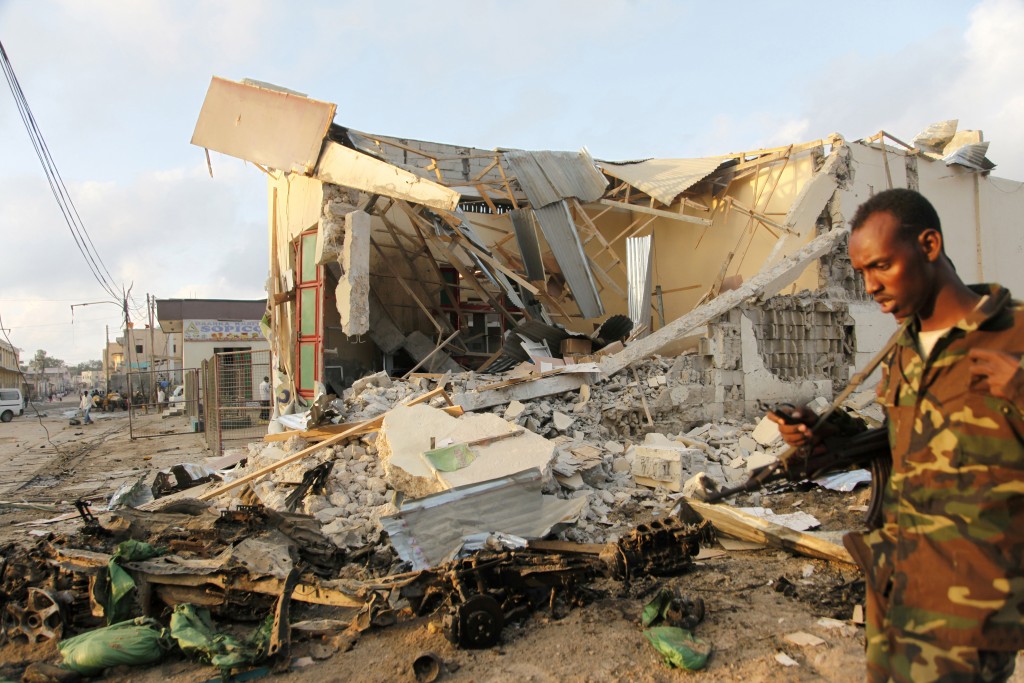 An attack on Friday by a Somali terrorist group next to a busy park and a hotel in the capital killed at least 14, while 30 others were injured, police said on Saturday.

Al Shabaab terrorists, who want to topple the Western-backed government, claimed responsibility for the attack. The government said a truck bomb was detonated near the entrance to the park and close to the Somali Youth League Hotel, known as SYL Hotel, in the seaside capital Mogadishu.

An al Shabaab spokesman said in a statement to Reuters the death toll was 20 soldiers, while two members of the group died. The group often gives a higher death toll for the attacks it carries out than the official numbers.

Police Major Ahmed Abdullahi told Reuters that the latest attack killed five members of the security forces and nine civilians, while 30 others were injured. On Friday, another police officer said three terrorists had also been killed.