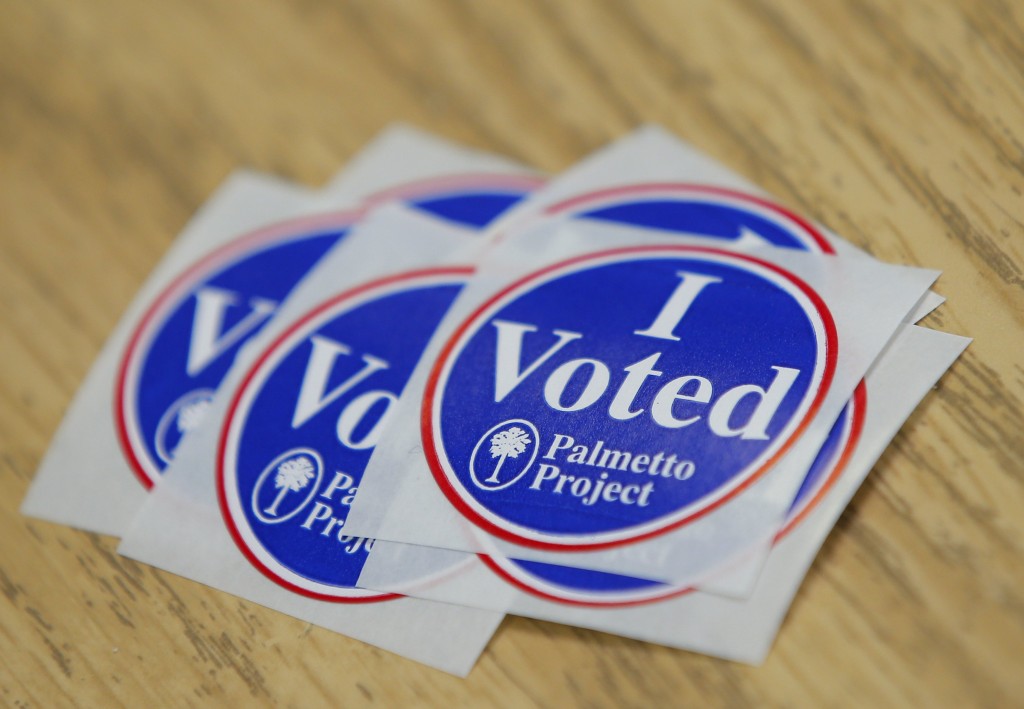 Former secretary of state Hillary Clinton has won the Democratic presidential primary in South Carolina, according to exit polls and early returns – a victory that showcased Clinton’s durable support among black Democrats, and raised questions about Sen. Bernie Sanders’s ability to compete with her in the South.

The Associated Press projected Clinton as the winner immediately after polls closed at 7 p.m. Eastern Time. For Clinton, this was the first comfortable victory of a Democratic primary season that – just a year ago – was supposed to be comfortable from end to end, with Clinton waltzing through as a front-runner.

Instead, Sanders – the Vermont senator who calls himself a “democratic socialist,” and has electrified young voters and white liberals – beat Clinton handily in New Hampshire, and came unexpectedly close to beating her in Iowa and Nevada.

In early returns in South Carolina, Clinton was leading Sanders by more than 50 points.

The victory in South Carolina will allow Clinton to re-claim the psychological mantle of “front-runner,” for better or worse, and to add to her lead in Democratic delegates. Clinton’s advantage among delegates stood at 505 to 71 before Saturday’s primary, primarily due to her advantage among “superdelegates,” the elected officials and other top Democrats who get their own vote at the Democratic convention, along with the thousands of delegates chosen through state primaries and caucuses. The eventual nominee will need 2,383 delegates in all.

A slightly hoarse Clinton came out to cheers of “Hillary! Hillary!” in a room full of jubilant supporters in Columbia, South Carolina, Saturday night.

“Today, you sent a message: in America, when we stand together, there is no barrier too big to break,” Clinton said. Acknowledging that South Carolina was the end of the one-state-at-a-time early phase of this campaign, she added, “Tomorrow, this campaign goes national!”

Sanders was in the air when the race was called for Clinton, flying from one campaign stop to another. He issued a statement that congratulated Clinton, but vowed to fight on.

Exit polls reported by ABC News showed that Clinton’s advantage with black voters was, indeed, decisive: black voters accounted for about six in 10 of Saturday’s Democratic electorate, and an overwhelming eight in 10 of those black voters supported Clinton. A majority of black voters also said they saw Clinton as trustworthy and honest — a marked change from New Hampshire, where she lost badly amid voter concerns about her honesty.

The same exit polls showed that Sanders had vastly beaten Clinton among white voters younger than 45, but the problem for him was that there were many fewer of these voters in the South Carolina primary than in other early states.

Earlier on Saturday, Clinton gave an indication that – after an unexpected battle with Sanders in the early states – she is focusing again on the general election against the GOP nominee. Clinton on Saturday reiterated her criticism of the current Republican front-runner, Donald Trump.

Clinton swiped at Trump without naming him in Birmingham, stressing that the country’s future president isn’t just accountable to Americans, but also the entire world. Her words seem aimed at Trump’s call for mass deportation of undocumented immigrants, and his proposal for a temporary ban on Muslim foreigners entering the U.S.

“When you run for president, it’s not just Americans who pay attention. And when you are president the entire world listens to every word you say. Markets rise and fall,” Clinton said. “Yes, we elect our president but that person becomes in many ways the leader of free people, free markets and opportunity around the world.”

“So you do have to be careful about what you say and how you say it,” she added.

“America has never stopped being great,” Clinton said, then turned to a message of healing and unity. “But we do need to make America whole again.”

Clinton’s advantage in South Carolina was so large that neither candidate bothered to campaign in the state on Saturday. Instead, both flew on to states that will vote on “Super Tuesday” next week. Clinton went to Alabama, another state where black Democrats will be a powerful force in the primary. Sanders went to Texas and Minnesota, where he hopes to attract the same kind of young voters, liberals and white working-class Democrats who helped him win in New Hampshire.

“I like Bernie Sanders, but I just don’t know Bernie Sanders,” said Howard H. Hewett, 54, an African American supporter of Clinton’s from Columbia. “I’ve been a fan since Bill Clinton.”

Ruby Hall, who voted for Clinton on Friday and was a volunteer, said that African American voters like herself liked Sanders’s message but were “really loyal to Hillary because of Obama.”

“She made more of a concerted effort to reach out to the African American voters and I think it paid off,” Hall said.

For Sanders, the race does not get much easier from here. Clinton has significant leads in polls from six of the 11 states that will vote on Super Tuesday, most of them in the Deep South. Sanders can plan on at least one sure win, in his native Vermont. In four other states – Oklahoma, Colorado, Massachusetts and Minnesota – either the polls are too close to project a favorite, or too spotty to make a prediction at all.

The South Carolina primary had been viewed for months as a test of Clinton’s “firewall” strategy, an electoral Plan B concocted after her leads eroded in Iowa and New Hampshire. The idea was that many of the things many young voters and liberals didn’t like about Clinton – her long time in Washington, her ties to the Democratic establishment, her incrementalist approach to governing – would appeal to black Democrats, who would see them as signs of realism and experience.

Sanders sought to undermine the firewall by aiming to attract young black voters, and by emphasizing the need to fight police brutality and long mandatory prison sentences. He got endorsements from Atlanta-based rapper Killer Mike and from Erica Garner, the daughter of Eric Garner, a Staten Island man who died in 2014 after a New York City police officer put him in a chokehold during an arrest.

“We have got to achieve the day when young black males and women can walk the streets without being worried about being harassed by a police officer,” Sanders said in Columbia, South Carolina, earlier this month.

He also spoke about Flint, Michigan, a majority-black city where mistakes by state and local officials caused toxic lead to leach into drinking water. Throughout, Sanders sought to show that the problems of black voters called out for more than Clinton was aiming for, that they could only be solved by Sanders’ “political revolution.”