World U.N. to Announce New Round of Syria Talks
World 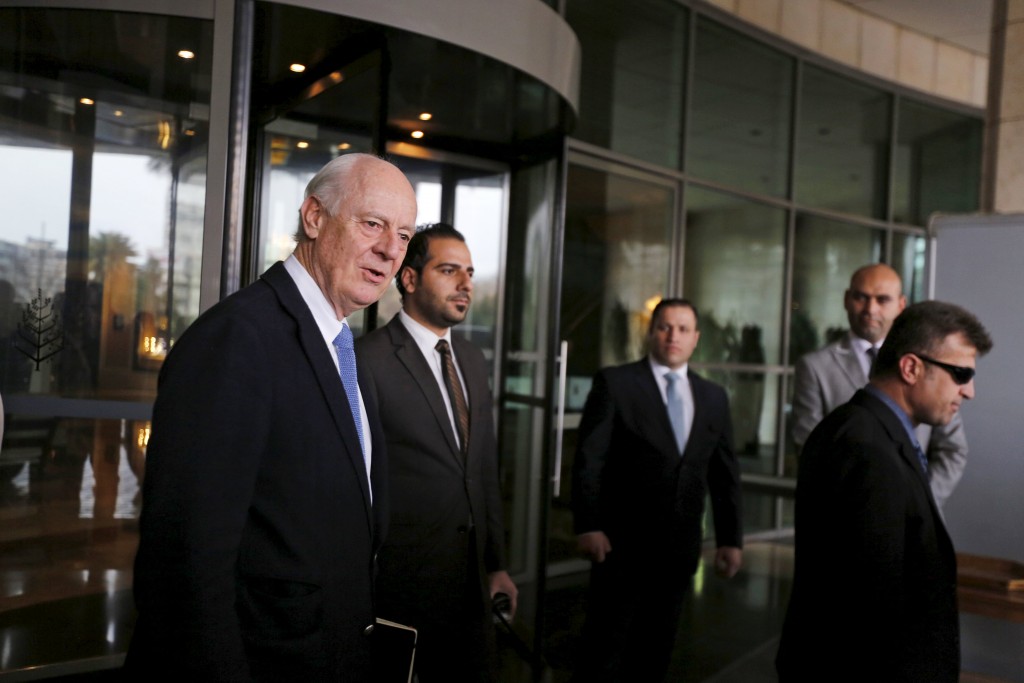 The United Nations will name a date on Friday for Syria’s warring parties to return to the negotiating table for a second round of talks, U.N. Syria envoy Staffan de Mistura said on Thursday.

De Mistura abruptly aborted a first round of talks on Feb. 3, saying more preparatory work was needed from the “International Syria Support Group” (ISSG), led by the United States and Russia.

Since then, Syrian government forces, backed by Russia and Iran, have continued a major offensive against terrorists around the city of Aleppo, and President Bashar al-Assad’s government and the opposition have both said they could support a U.S.-Russian proposal for a “cessation of hostilities.”

De Mistura said he would brief the U.N. Security Council on Friday and then announce a date for a new round of talks, but declined to comment further.

“I will announce tomorrow when the parties [will reconvene] and the new talks [will happen],” he told reporters, as he arrived for a meeting of the ISSG task force on humanitarian access.

Another ISSG task force, on cease-fires, will convene for the first time in Geneva on Friday, De Mistura said – an opportunity for diplomats from ISSG countries such as Saudi Arabia, Turkey and Iran to say whether they endorse the U.S.-Russian proposal.

Combatants are required to say whether they will agree to the “cessation of hostilities” in the five-year war by noon on Friday, and to halt fighting on Saturday.

Meanwhile, Russia is concerned by U.S. statements about a “Plan B” for Syria if a proposed cease-fire fails, Russian Deputy Foreign Minister Mikhail Bogdanov said on Thursday, the TASS news agency reported.

“U.S. statements on the availability of some Plan B give rise to concern. We know nothing about it,” Bogdanov was cited as saying.