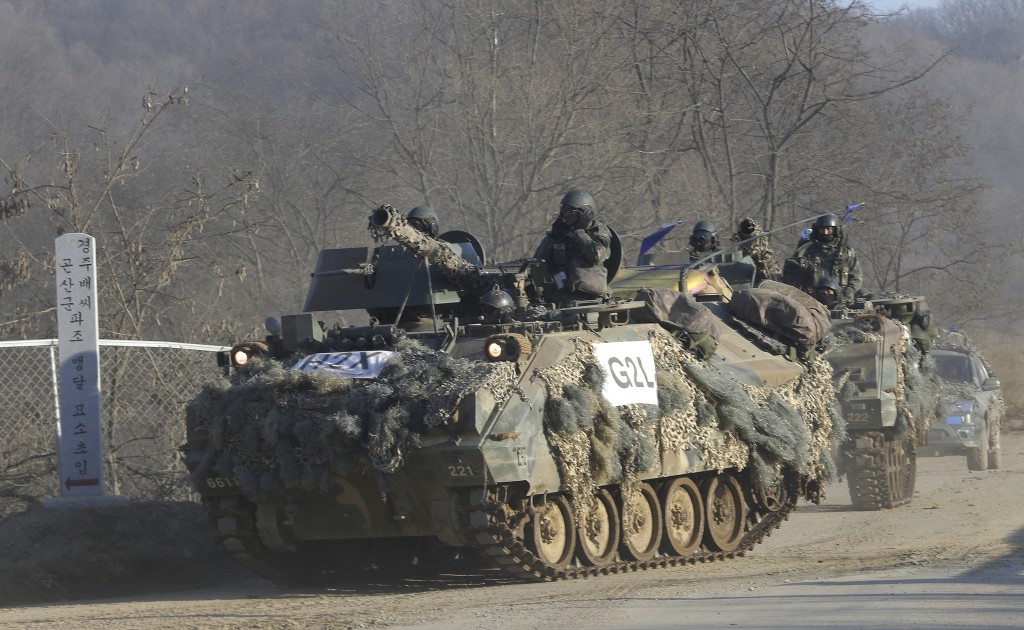 The United States and China have reached an agreement on a U.N. resolution that would impose tougher sanctions on North Korea as punishment for its latest nuclear test and rocket launch, U.N. diplomats said Wednesday.

One Security Council diplomat called the draft resolution “significantly substantive” and expressed hope that it will be adopted in the coming days. Another said the draft had been circulated on Wednesday to the three other permanent council members – Russia, Britain and France.

The Security Council is scheduled to hold closed consultations Thursday afternoon on compliance with the North Korean sanctions resolutions, and the U.S.-China draft could be discussed then with the 10 non-permanent council members.

Both diplomats spoke on condition of anonymity because all discussions on the proposed resolution have been private.

Their comments follow a flurry of activity in Washington, including meetings between China’s Foreign Minister Wang Yi and U.S. Secretary of State John Kerry on Tuesday, and with National Security Adviser Susan Rice on Wednesday afternoon.

National Security Council spokesman Ned Price said Rice and Wang agreed “on the importance of a strong and united international response to North Korea’s provocations, including through a U.N. Security Council resolution that goes beyond previous resolutions.”

“They agreed that they will not accept North Korea as a nuclear weapons state,” Price said.

North Korea started off 2016 with what it claims was its first hydrogen bomb test on Jan. 6 and followed that up with the launch of a satellite on a rocket on Feb. 7 that was condemned by much of the world as a test of banned missile technology.

Over the past 10 years, North Korea has conducted four nuclear tests and launched six long-range missiles – all in violation of Security Council resolutions.

South Korea’s U.N. Ambassador Oh Joon has urged the Security Council to adopt “extraordinary” measures to make clear to the North “that it will no longer tolerate its nuclear weapons development.”

The U.S., along with its Western allies and Japan, also pressed for new sanctions that go beyond the North’s nuclear and missile programs. But China, Pyongyang’s neighbor and supporter on the council, is reluctant to impose measures that could threaten the stability of North Korea and cause the country’s economy to collapse.

He said China was urging a “parallel track” in which there were both talks on denuclearization – the top priority of the United States – and replacing the armistice that ended the 1950-53 Korean War with a formal peace treaty, a key demand of Pyongyang.

While the U.S. and China were discussing a new U.N. resolution, the United States took tougher steps of its own against North Korea, tightening sanctions and announcing it will hold formal talks with South Korea on deploying a missile defense system that China fears could be used against it as well as North Korea.