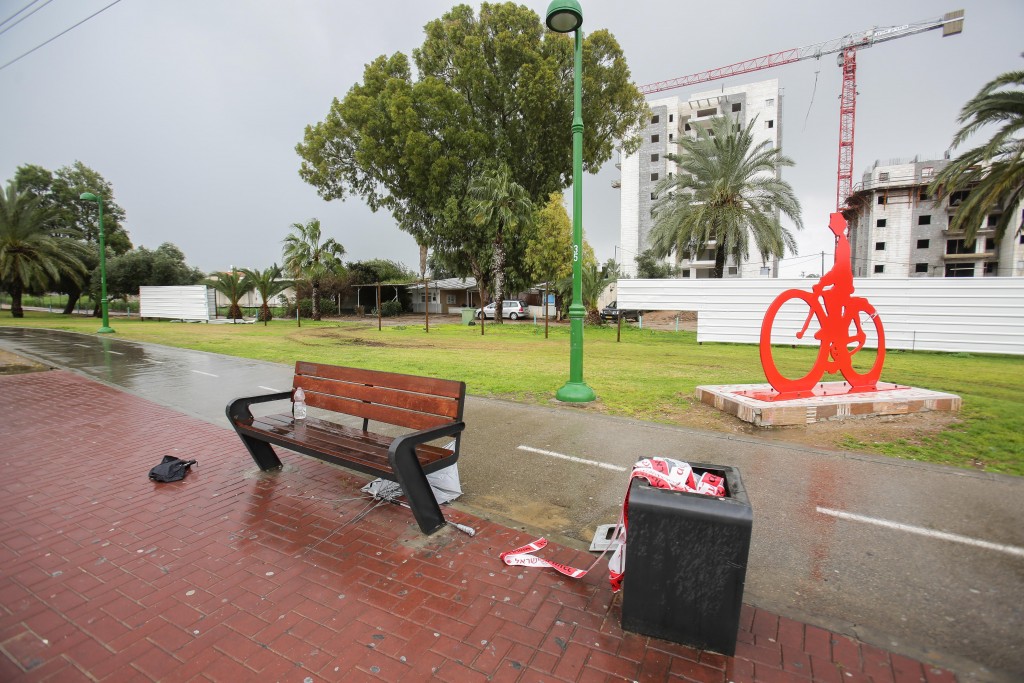 A Sudanese terrorist who stabbed an IDF soldier in Ashkelon earlier this month was operating on orders of IS, it was revealed Thursday. A joint investigation by police, the IDF and the Shin Bet indicated that the incident was motivated by hatred of Jews and Israel, nourished by Islamist propaganda issued by IS.

In the Feb. 7 incident, the Sudanese terrorist, 32-year-old Kamel Hassan Mahmad, lightly wounded an IDF soldier in Ashkelon. Hassan snuck up on his victim outside the Ashkelon Central Bus Station, and after stabbing him, ran away, heading in the direction of a residential neighborhood nearby. He was pursued by witnesses, and a large crowd chased after him. He was eventually gunned down by an IDF soldier. Severely wounded, he later died in Ashkelon’s Barzilai Hospital.

It was the first stabbing attack by a foreign worker during a four-month-old surge of Palestinian street violence – and the revelation Thursday indicates that it was motivated by IS, the Shin Bet said. The investigation yielded a great deal of evidence, the Shin Bet said; for example, Mahmad had photos of IS leaders around the world on his cell phone, as well as other propaganda.

Mahmad, 32, snuck into the country nearly a decade ago. In 2009, he was arrested for various violent crimes and was detained at the Holot facility for illegal aliens in southern Israel. He managed to escape from that facility in 2014, and since then had been working at odd jobs, and apparently participating in IS-inspired events, the Shin Bet added.