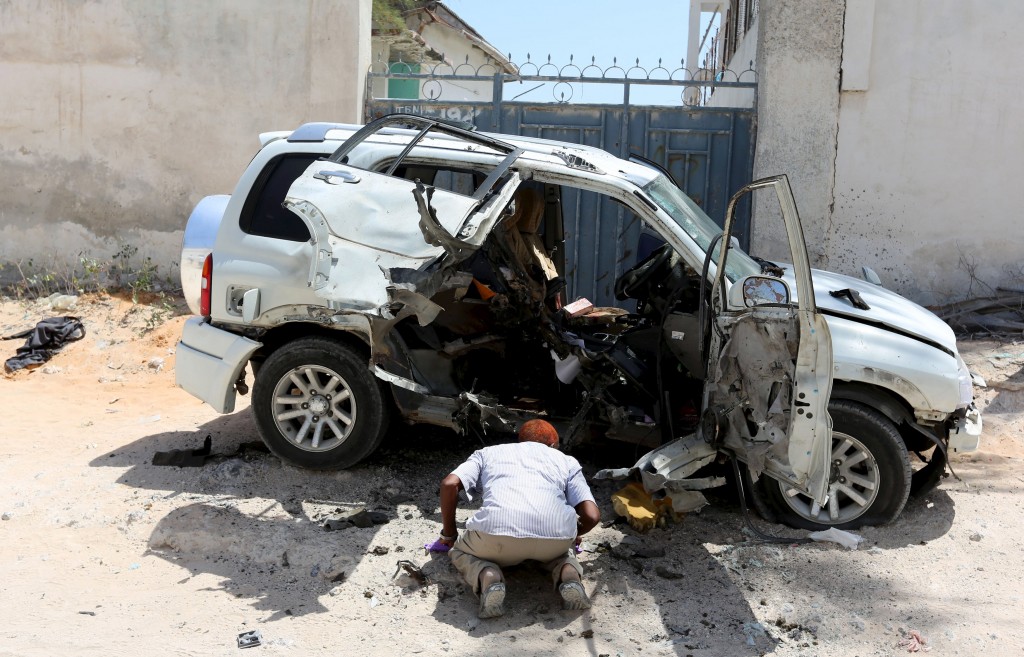 The Somali Islamist terror group al Shabaab killed four people and injured eight others on Thursday in a mortar attack near the presidential palace in the capital Mogadishu, police and a spokesman for the group said.

The group had targeted the palace but the mortars went off some distance away, ending up about 300 meters (328 yards)from the nearby house of the Federal Parliament.

The al-Qaida-linked al Shabaab frequently targets government buildings, hotels and security forces in Mogadishu in its bid to overthrow the Western-backed government. Somalia is struggling to emerge from two decades of chaos.