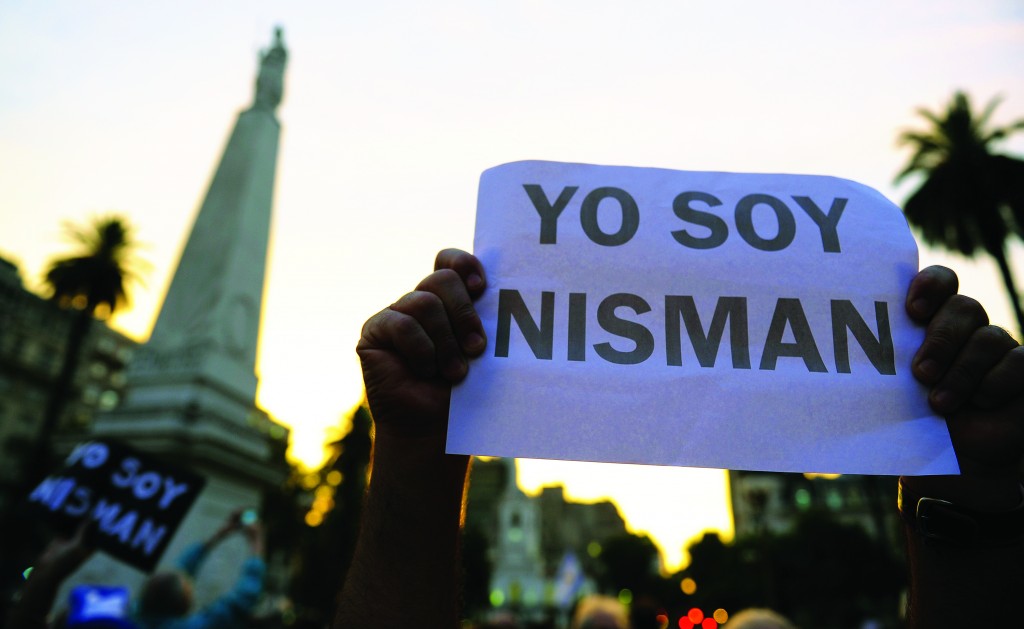 A top Argentine prosecutor is telling the country’s criminal court of appeals that he believes his late colleague Alberto Nisman was killed and didn’t take his own life.

The mysterious death rocked Argentina, but has not been solved.

Alberto Nisman, chief prosecutor of Argentina, was found dead in his apartment in Buenos Aires on Jan. 18, 2015  just a few hours before he was to testify against then-president Cristina Fernández de Kirchner and senior government officials for concealing information about the 1994 attack on the Jewish community building (Asociación Mutual Israelita Argentina — AMIA) in Buenos Aires, that left 85 dead and a Jewish community traumatized.

The case against Fernandez was later thrown out.

The mysterious death rocked Argentina, but has not been solved.

Nisman had identified the Hizbullah suicide bomber and traced the AMIA bombing to Iran, and was due to testify over the government’s alleged coverup of Iranian responsibility.

At the hearing, Nisman had intended to present findings that would have embarrassed the most senior officials in the Argentine government by revealing their ties to the attack, and their efforts to keep them concealed.

Initial reports raised the possibility that he had committed suicide, but these were soon refuted.

Last year after his death, the Israeli Foreign Ministry released an official condolence statement: “The State of Israel expresses deep distress over the death under tragic circumstances of the special prosecutor for the investigation of the attack in the Jewish Community Building in Argentina, Alberto Nisman. Nisman, a courageous and prominent lawyer, fought unstintingly for justice, and worked with great determination to expose the identity of the executors of the attack and the ones who sent them. The State of Israel expresses hope that the authorities in Argentina will continue Nisman’s work and will make every possible effort to bring to justice those responsible for the attacks in Argentina.”