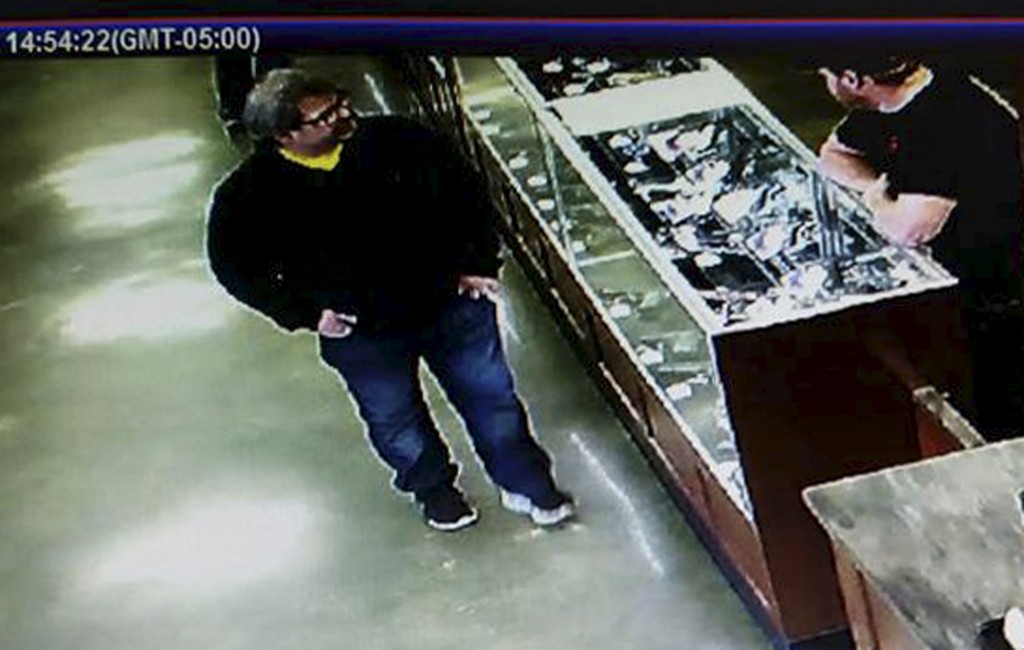 A man accused of randomly killing six people in Michigan had a personal cache of weapons that included handguns and long guns, but there was nothing in his past that prevented him from owning as many guns as he could afford.

Authorities seized the gun collection after the weekend attacks around the Kalamazoo area. With no criminal history or record of mental illness, Michigan residents who follow requirements can legally acquire any number of firearms. Jason Dalton was one of them.

“He was a law-abiding citizen up until he pulled the trigger on the first victim,” said Jonathan Southwick, owner of a gun store in Plainwell, 20 miles north of Kalamazoo. “There are no laws you could put into place to stop what happened.”

Southwick said Dalton bought a jacket with an inside pocket designed for a handgun Saturday, just hours before the rampage. He did not buy a gun.

“He talked with my manager for a bit, was laughing and joking a bit, gave him a one-armed hug — then proceeded to purchase the jacket and said he was going out to enjoy the weather,” Southwick recalled Tuesday.

Dalton did not have a permit to carry a concealed weapon, Undersheriff Paul Matyas said.

When Southwick later heard about the deadly attacks, it was “definitely a shock,” he said.

Dalton, 45, is charged with murder and attempted murder. He’s accused of killing six people and injuring two more outside an apartment building, a restaurant, and a car dealership, pausing between shootings to make money as an Uber driver.

Prosecutor Jeff Getting said the weapon appeared to be a 9 mm semi-automatic handgun.

President Barack Obama, referring to the Kalamazoo shootings, said, “clearly we’re going to need to do more if we’re going to keep innocent Americans safe.” His gun-control efforts after several mass shootings, including attacks on a Connecticut school and a South Carolina church, have been rebuffed by Congress.

In Michigan’s Capitol, Rep. Joe Hoadley, a Democrat from Kalamazoo, said gun violence is a critical concern among his constituents. He’s supporting bills to restrict open carrying of guns in certain public places and to require more background checks at gun shows. Those bills are unlikely to get a hearing in a Legislature controlled by conservative Republicans.

“There may not have been a way to stop a person from doing evil,” Hoadley said of the Kalamazoo shootings. “But that should not derail a conversation about what we can do overall to reduce gun violence.”

Kristen Moore, a University of Michigan math professor and member of Moms Demand Action for Gun Sense in America, said the shootings could be a “tipping point” to get lawmakers and the public to embrace a “need to do more.”

But Republican state Rep. Triston Cole said Michigan’s gun laws aren’t lenient. He notes that the state is among only a handful in which owners must register handguns with the local police.

“It’s really important that we recognize this awful, senseless tragedy,” Cole said. “But you need to look at good policy and not react based on emotion to infringe upon our right to own firearms.”