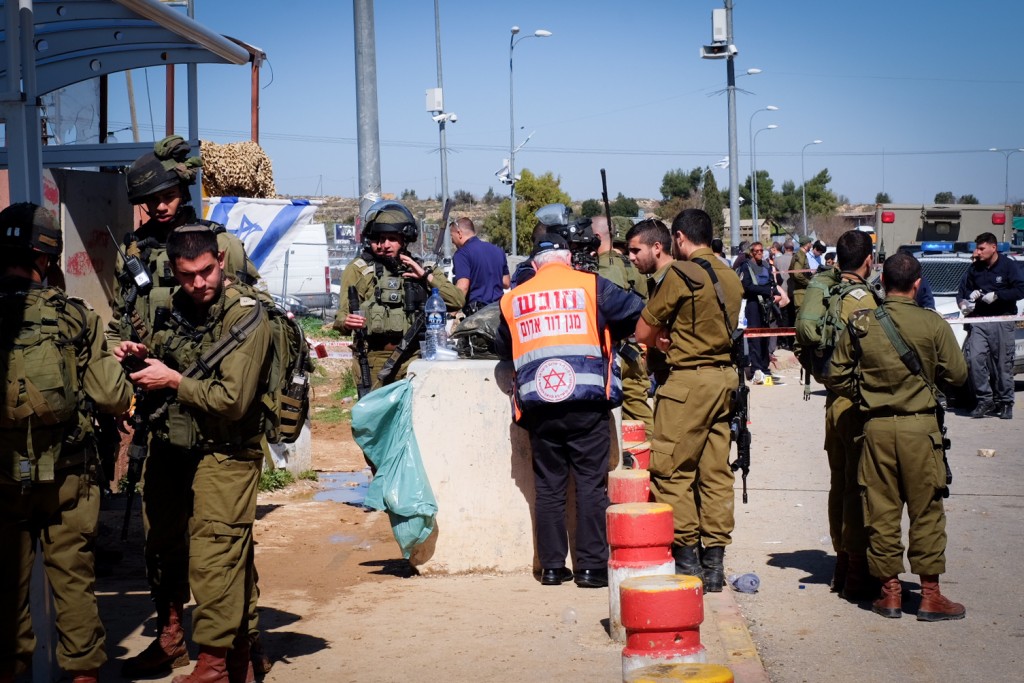 A 30-year-old IDF soldier, Eliav Gelman of Karmei Tzur, who was critically wounded when fellow soldiers tried to prevent a stabbing attack on him at the Gush Etzion Junction on Wednesday, passed away later in the afternoon. The soldier was hit by a stray bullet meant for the Arab terrorist.

At about 1:00 in the afternoon, soldiers stationed at the junction noticed the young Palestinian and instructed him to stop for a security check. In response, he pulled out a knife and charged at a small group of people, including an air force officer, waiting at the nearby bus stop.

According to an initial investigation, the soldiers ran after the terrorist and opened fire when they saw that he was about to attack the air force officer. Tragically, one of the bullets hit the officer.

The soldier was treated at the site and rushed by MDA in critical condition to the Shaarei Tzedek hospital in Yerushalayim for further treatment. He underwent surgery, but, unfortunately, passed away from the wounds.

The terrorist was wounded and taken to hospital in light to moderate condition.

Thousands of mourners attended Gelman’s levayah,  which was held Wednesday night at the Kfar Etzion cemetery. Representing the government were Yerushalayim Affairs Minister Ze’ev Elkin (Likud), MK Motti Yogev (Jewish Home), and a number of senior officers of the IDF.

Dovidi Perl, head of the Gush Etzion Council, said: “Our hearts are full of pain. Eliav was another korban in the war for Gush Etzion, a war that began decades ago, and, to our sorrow, isn’t over yet. We are together with the family and the residents of Karmei Tzur in their great pain.”

Gelman was the uncle of Major Benaya Sarel, Hy”d, 26, from Kiryat Arba, who fell in Operation Pillar of Defense.