FOCUS: What to Know About Super Tuesday

By Ben Brody and James Nash 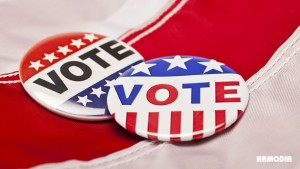 With the first presidential nominating contests now in the books, the focus of the race is jumping ahead to the biggest prize so far of the 2016 primary season: Super Tuesday.

More than a dozen states and territories will hold primaries and caucuses on March 1, following the Nevada Republican contest Tuesday night and the South Carolina Democratic contest on Saturday. About half of the delegates needed for a Republican candidate to win the nomination are up for grabs and will be awarded proportionally, along with about a third for Democrats.

That means that strong performances by Donald Trump and Hillary Clinton on Tuesday — also called the SEC primary because of the southern swath of states that will vote — could help them clinch the nominations by mid-March.

Many of these states have not been polled regularly in recent weeks, and poll averages — or the race itself — could change significantly. For now, here’s a breakdown of the standings and dynamics.

Democrats (60 delegates, 53 pledged, according to Ballotpedia) : In the 2008 primary, Clinton lost by 14 points to Barack Obama, and a big reason was blacks, who made up 51 percent of the electorate. Running this year against Vermont Sen. Bernie Sanders, Clinton has displayed more strength with black voters, winning the group by almost 4 to 1 in Feb. 20’s Nevada caucuses, according to entrance polls. Only two polls for the race between Sanders and Clinton have been conducted this year, and each gives her a sizable advantage, according to RealClearPolitics, the polling aggregation site.

Republicans (50 delegates, 47 bound): These Republicans tend to be white, conservative, and evangelical. Trump, who held one of his earliest stadium-sized rallies in the state in August with an eye toward the contest, leads by more than 20 points in the RCP aggregation. Alabama Republicans backed former Pennsylvania Sen. Rick Santorum in 2012 by a margin of 5 percentage points over Newt Gingrich, the former House speaker from neighboring Georgia, who also had a strong conservative following. Mitt Romney, the eventual nominee, finished in third place.

Republicans (28 delegates, 25 bound): Although reliably Republican in presidential races, Alaska is among the least religious U.S. states, with just 62 percent of the population identifying as Christian. The state is dependent on a single industry — oil and gas production — that has declined with the drop in global oil prices, stoking economic anxiety in the state. Its former governor, Sarah Palin, the 2008 Republican vice presidential nominee, endorsed Trump, but her views are sometimes controversial in her home state. An Alaska Dispatch poll conducted in January showed Trump leading Cruz by 4 percentage points. Democrats hold their caucuses later.

Democrats (10 delegates, 6 pledged): Clinton defeated Obama on this tiny territorial island in 2008, 163 votes to 121, according to the New York Times.

Republicans (9 delegates): American Samoa, where Romney won in 2012, is one of several states and territories that won’t award delegates based on primary or caucus votes, though some of them will hold local events to start the nomination process during the month of March. The others are Colorado (Santorum), North Dakota (Santorum), Wyoming (Romney), and Guam (Romney). The delegates from these states and territories are unbound, meaning they can ignore the popular vote and support any candidate.

Democrats (37 delegates, 32 pledged): Clinton, who was Arkansas’s first lady for nearly 12 years, has deep ties to the moderate Democratic voters in the state, where she beat Obama by 43 points in 2008. In the RCP average, she leads Sanders by more than 28 points.

Republicans (40 delegates, 37 bound): This Southern state is another bastion of social conservatives, with a law on the books that would outlaw abortion immediately if Roe v. Wade were overturned. In 2012, the state’s Republican primary was held on May 22, by which time Santorum and Gingrich had dropped out, making Romney the winner with more than two-thirds of the vote. Former Arkansas Gov. Mike Huckabee, who won strong evangelical support in his 2008 presidential campaign, ran again this year, but dropped out after the Iowa caucuses. He appeared at a campaign event with Trump before withdrawing, but Huckabee has not endorsed a candidate. A Talk Business/Hendrix College poll conducted this month showed Ted Cruz leading Trump by 4 percentage points.

Democrats (79 delegates, 66 pledged): The dynamics in this purple caucus state are some of the more challenging to discern, said Ken Goldstein, a University of San Francisco political science professor and Bloomberg Politics contributor. Sanders and Clinton will vie for the support of the state’s Latino residents, who make up about one fifth of the population. Obama handily won the caucuses in 2008.

Democrats (116 delegates, 102 pledged): As in many neighboring states, a large percentage of Georgia Democrats are black, and Clinton’s success among blacks in Nevada — along with an expected good performance in South Carolina — suggests a decisive lead among the demographic, buoying her as long as she doesn’t lose too many whites to Sanders, according to Goldstein. Clinton already has an advantage of 43 points there, according to the latest RCP average.

Republicans (76 delegates): Georgia Republicans backed native son Gingrich in 2012 by a nearly 2-to-1 margin over Romney. The RCP average of polls conducted this year shows Trump leading Cruz by 11 percentage points. Trump won the primary in neighboring South Carolina decisively. Southern Baptists are the largest religious denomination, and the state Senate in 2009 passed a bill to nullify federal laws deemed unconstitutional, even though the Supreme Court has ruled that states can’t usurp that authority.

Democrats (116 delegates, 91 pledged): Massachusetts borders Sanders’s home state of Vermont and has typically voted for progressive Democrats. Although Clinton beat Obama there by 15 points in 2008, Sanders leads it by about 4 points in the one poll from this year, according to RCP.

Republicans (42 delegates, 39 bound): Romney’s home state favored its former governor by nearly 60 percentage points over Santorum in 2012. One of the most liberal states in the country, Massachusetts favors Republican candidates with more moderate, pro-business pedigrees like Romney and Scott Brown, who represented the state in the Senate for three years. Catholics make up the largest segment of the state’s Christian population, which might benefit Rubio, the only Catholic candidate remaining in the race. Still, Trump carried neighboring New Hampshire and overwhelmingly led in a recent Emerson poll.

Democrats (93 delegates, 77 pledged): The state has not been polled since before February, and it’s a caucus state, meaning it may be hard to predict a winner. Sanders may do well, considering the almost exclusively white population and his potential to replicate his success among that demographic in New Hampshire. He appears weaker among whites in the Nevada results and the South Carolina projections, however, Goldstein noted. And Clinton has the support of the state’s governor and both U.S. senators.

Democrats (42 delegates, 38 pledged): Clinton has a 14-point advantage in the latest RCP average, and she won the largely white state by 24 points in 2008, when she tended to best Obama among white voters. But don’t count Sanders out yet, Goldstein said.

Republicans (43 delegates, 40 bound): One of the nation’s most deeply red states, Oklahoma has a strong social conservative streak. It is the home of Oral Roberts University and an evangelical population that ranks along with Arkansas’ as the nation’s highest. Republicans in Oklahoma backed Santorum by 6 percentage points over Romney in 2012. Trump led Cruz by more than 7 percentage points in the RCP average of polls conducted this year.

Democrats (76 delegates, 67 pledged): Although it has a smaller black share of the population than Alabama or Georgia, blacks still represented almost 30 percent of the Democratic primary electorate in 2008, and Clinton has a nearly 40-point lead here, according to the latest RCP average. She won Tennessee by 14 points in 2008.

Republicans (58 delegates, 55 bound): Another deeply religious state, Tennessee favored Santorum over Romney by 9 percentage points in 2012. Three-quarters of 2012 primary voters were born-again Christians, and the state favored social conservatives including Huckabee in past contests. A Vanderbilt University poll of registered Republican voters conducted in November showed Trump ahead by 4 percentage points.

Democrats: The Lone Star State is the biggest single prize on Super Tuesday, awarding 252 delegates (222 pledged). It may also be the scene of another battle for Latino voters, who were 32 percent of the electorate in 2008. As of now, Clinton seems to have the advantage with a more than 20-point lead in the latest RCP average. Texas gave Clinton a victory by a four-point margin in 2008.

Republicans: Texas will award 155 Republican delegates (152 bound), making it the party’s most important Super Tuesday state. Cruz, elected in 2012 to represent the state in the U.S. Senate, has a built-in advantage and endorsements from many state officials, including former Gov. Rick Perry. Cruz led Trump by more than 9 percentage points in the RCP average.

Democrats (26 delegates, 16 pledged): Sanders’s home state gives him a whopping 75-point poll lead, according to RCP. In terms of demographics, it also resembles New Hampshire, which handed him a large margin of victory in its Feb. 9 primary. Clinton lost the state to Obama by 20 points in 2008.

Republicans (16 delegates): One of the nation’s most liberal states, Vermont Republicans are, relatively speaking, cut from a moderate, Northeastern cloth. Romney won Vermont’s 2012 Republican primary by 14 percentage points over Paul, with Santorum in third place. Neighboring New Hampshire favored Trump in its primary.

Democrats (110 delegates, 95 pledged): Although Clinton lost the state by nearly 30 points to Obama in 2008, her longtime friend and ally Terry McAuliffe is now its governor, and her campaign manager spearheaded McAuliffe’s successful run. Clinton has made stops in Virginia, which includes the Washington, D.C. suburbs, where many Democratic establishment figures appear to favor Clinton over Sanders. She leads by 17 points in the latest RCP average. The state also has a sizable black population.

Republicans (49 delegates, 46 bound): Split between establishment-friendly suburbs of Washington and more southern, evangelical areas, Virginia is a swing state both in Republican contests and general elections. Romney won the state in 2012 over Paul, with other candidates failing to make the ballot after missing a deadline for submitting signatures. Trump has feuded with Republican Party leaders over their plan to require voters in the primary to affirm that they’re Republicans even though Virginia voters do not register by party. Trump led Rubio by 6 percentage points in a Christopher Newport University poll conducted this month.

Andre Tartar contributed to this report.