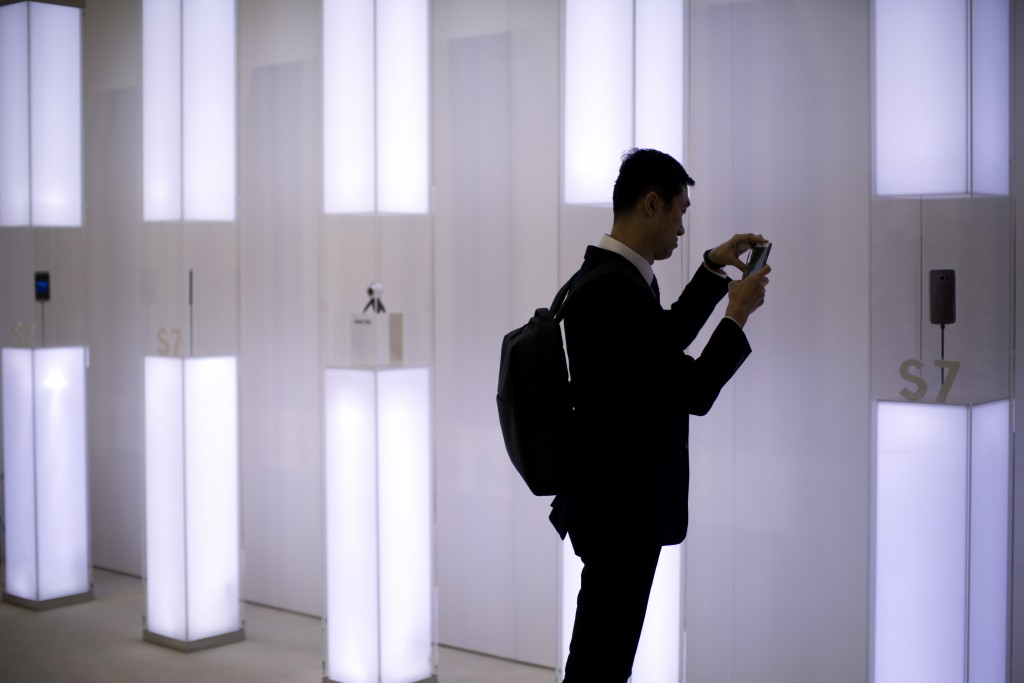 While Samsung got much of the attention for its new handsets and virtual-reality accessories, many smaller brands are trying to shine through as well. Most of these devices cost less, yet sport features that would have been considered top of the line just a few years ago.

Prices and availability will vary. Some phones, for instance, will target emerging markets and won’t be available in the U.S.

Other companies that don’t even make smartphones, such as carmakers, are trying to tap into the technology show’s buzz.

Here’s a look at some of the news from the show.

Taiwan-based HTC is launching three mid-range phones — the Desire 530, 630 and 825 — with “micro splash” effects. According to HTC, the backs of the phones have essentially been splashed with paint to create individual-looking phones.

Chinese smartphone maker ZTE presented its latest Blade phones — the Blade V7 and Blade V7 Lite. The Blade V7 has a curved-edge glass 5.2-inch screen and will go on market in Germany, Spain, South Africa, Ethiopia and Mexico by summer. The smaller Blade V7 Lite has a 5-inch display and will debut in Russia before being available in Mexico, Spain, Germany and Thailand by spring.

The Japanese company unveiled a new generation of its flagship Xperia line — the Xperia X, Xperia X Performance, and Xperia XA. Sony promises sharper camera focus for action shots, batteries that can last up to two days, and a curved glass display.

It also presented its Xperia Ear, a wireless earpiece that responds to voice commands. The phones and earpiece will be on sale this summer.

Sony has been struggling to challenge bigger brands such as Apple and Samsung, and it even cancelled last fall’s launch of the Xperia Z4v in the U.S.

What a difference two years make.

In the 2015 survey, released Monday in conjunction with the Barcelona show, Pew also saw growth in smartphone use in several populous countries, including Brazil and Russia.

Mobile World Congress isn’t just about phones. Automakers are using the show to highlight their efforts to connect cars to information technology.

Ford presented its new Kuga SUV, which features updated technology, such as improved voice commands and easier access to applications on a driver’s smartphone. CEO Mark Fields said the carmaker will triple investment over the next five years in its aim to develop an autonomously driven car.

NETWORKS OF THE FUTURE

The Barcelona show is also an opportunity for businesses to promote under-the-hood technologies, such as the speedy cellular networks known as LTE.

AT&T and Intel say they will test the use of the ground-based LTE network at higher altitudes to control drones. Currently, drones communicate using shorter-range wireless technologies such as Wi-Fi, Bluetooth and radio frequency. If it works, LTE will help people guide drones and view live video captured from their cameras even when they go out of range.

Networking companies like Nokia and Ericsson, meanwhile, are testing for next-generation, 5G wireless networks, which will be successors to LTE. The technology is still a few years away from reaching consumers — but it ultimately should help apps, video and other content download much faster over cellular networks.