Israel Weisman’s Widow: Not Upset at IDF for Not Allowing Husband to Carry Weapons
Israel 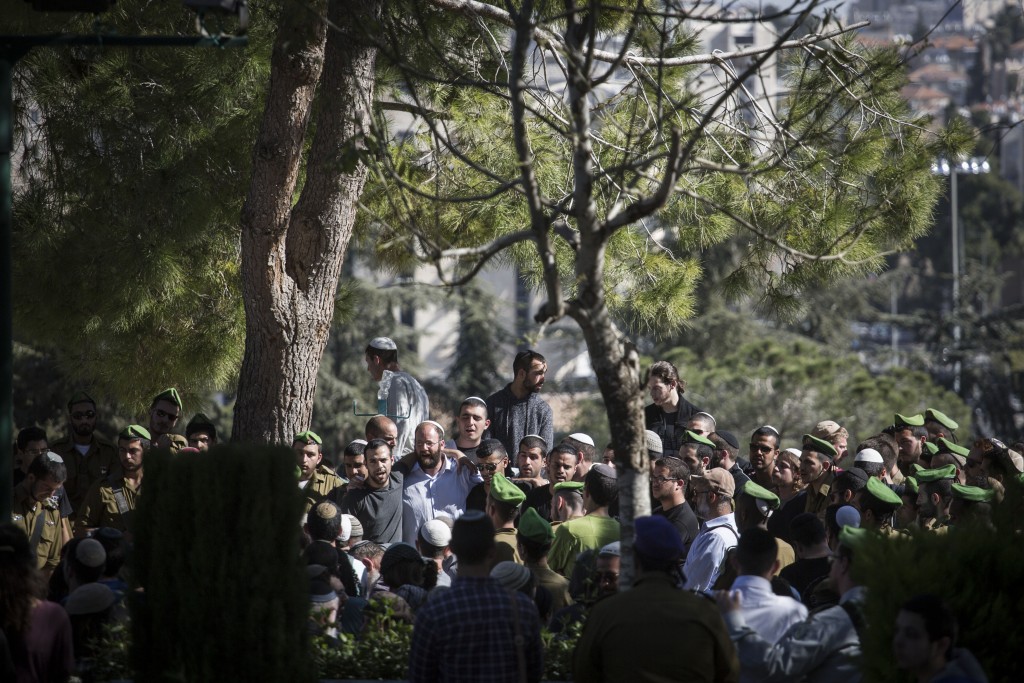 In the wake of the murder of IDF soldier Tuvia Yanai Weisman, Hy”d, at the Sha’ar Binyamin Rami Levy store last week, IDF Chief of Staff Gadi Eisenkot on Monday ordered that soldiers on leave carry their personal weapons with them when they travel. Speaking to Army Radio Tuesday morning, Yael Weisman, Yanai’s widow, said that she thought the decision was a good one.

“I am happy that the situation is going to change,” she said. “I think Yanai would be happy to hear about this new instruction as well. I understand the way the army and soldiers look at this – in general, soldiers who are on vacation do not want to carry their weapons, but in this case Yanai did.”

In the attack last Thursday, Weisman, who was shopping with his wife and child, confronted barehanded the two teenage terrorists who went on a stabbing spree, attempting to fight them off without a weapon. The off-duty soldier, the family said last week, had asked to be allowed to take his weapon with him during his two weeks off from the army, but was turned down.

Responding to the obvious question – would not her husband still be alive had Eisenkot not instituted that change before she and her husband were attacked in Rami Levy – Yael Weismann said that it was not for her to question the IDF. “We accept the reasoning of the army in instituting that rule, and we support the army 100 percent,” she said. “I do not want to give the impression that we think the army did something wrong. We are not angry at anyone.”