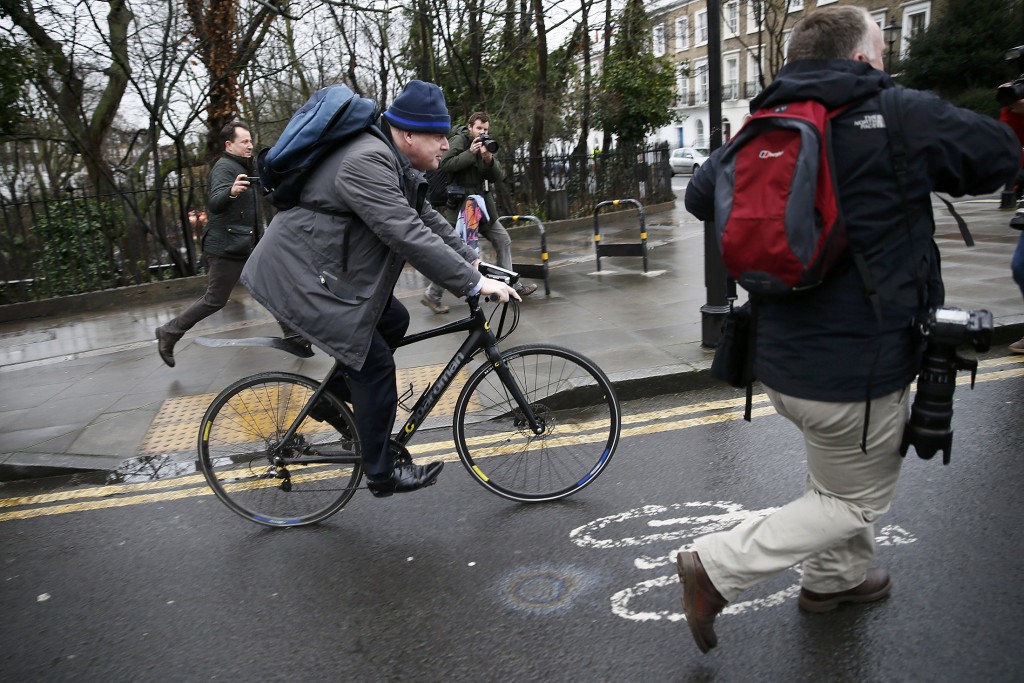 Sterling had its biggest one-day loss against the dollar in 11 months on Monday after London Mayor Boris Johnson threw his weight behind the campaign to leave the European Union, dealing a blow to David Cameron by increasing the chance of a British exit (Brexit) from the EU.

In a challenge that pits one of Britain’s most popular politicians against the prime minister and deepens the divide in Cameron’s party, Johnson said his boss had failed to deliver fundamental reform with an EU deal struck on Friday.

Johnson, a political showman whose eccentric persona masks a fierce ambition to succeed Cameron, said he loved European culture, civilization and food but that the European project was in danger of getting out of democratic control.

“The last thing I wanted was to go against David Cameron or the government, but after a great deal of heartache I don’t think there’s anything else I can do. I will be advocating Vote Leave,” Johnson told reporters outside his north London home 20 minutes after writing the prime minister his decision.

“I want a better deal for the people of this country to save them money and to take back control,” said Johnson, mayor since 2008 and a member of Parliament for Cameron’s Conservative Party.

Sterling had its biggest one day loss in 11 months, falling to $1.4175 after the start of European trade, down 1.5 percent on the day. The pound also fell against the euro on concern that Britain would quit the bloc it joined in 1973.

The cost of hedging against sharp weakness in the sterling exchange rate shot up to its highest in more than four years.

The six-month implied volatility in sterling/dollar – a gauge of how sharp currency moves will be – rose to 12.2 percent, its highest since late 2011, according to Reuters charts. The contract captures the date of the referendum, scheduled for June 23.

Johnson, 51, said he would not take part in debates against members of his own party. But his decision gives the “out” campaign a de facto leader who is one of Britain’s most high-profile politicians.

Johnson dismissed questions from reporters about whether joining the campaign to leave the EU was the first step toward a bid to succeed Cameron. On the contrary, he said with a smile, Cameron should stay no matter who won the June 23 referendum.

By challenging Cameron fewer than 48 hours after the prime minister hailed a deal struck with other EU leaders as giving Britain a special status, Johnson deepened a divide in the ruling Conservative Party, split over Europe for three decades.

In what is cast as Britain’s biggest strategic decision in at least a generation, voters will be asked on June 23: “Should the United Kingdom remain a member of the European Union or leave the European Union?”

A British exit from the EU would rock the Union – already shaken by differences over migration and the future of the euro zone – by ripping away its second-largest economy, one of its top two military powers and by far its richest financial center.

Pro-Europeans, including former Prime Ministers Tony Blair and John Major, have warned that an exit could also trigger the break-up of the United Kingdom by prompting another Scottish independence vote.

A poll published before Johnson’s move showed the “in” campaign with a lead of 15 percentage points. Polls suggest about a fifth of voters are undecided.

Johnson, instantly recognizable by his thatch of platinum-blond hair, had repeatedly avoided staking out a clear position on Britain’s EU membership. But on Sunday, he said the EU was “in real danger of getting out of proper democratic control” and national sovereignty had been eroded.

Cameron’s backing for EU membership has the support of the City of London, major companies, much of the Labour Party, major trade unions, international allies and Scottish nationalists. Opposed are several bickering “out” campaign groups.

“The big battalions of the argument are unquestionably ranged against people like me: We are portrayed as crazy cranks and all the rest of it. I don’t mind, I happen to think that I’m right,” Johnson said.

A third of voters said Johnson would be important in helping them decide which way to vote, an Ipsos MORI poll showed.

Cameron has said he will step down as prime minister before 2020. If Britain remains in the EU, Johnson’s chances of getting the top job could be tarnished by having openly opposed him.

But if Britain opts to leave, Johnson would be a leading candidate to succeed Cameron.