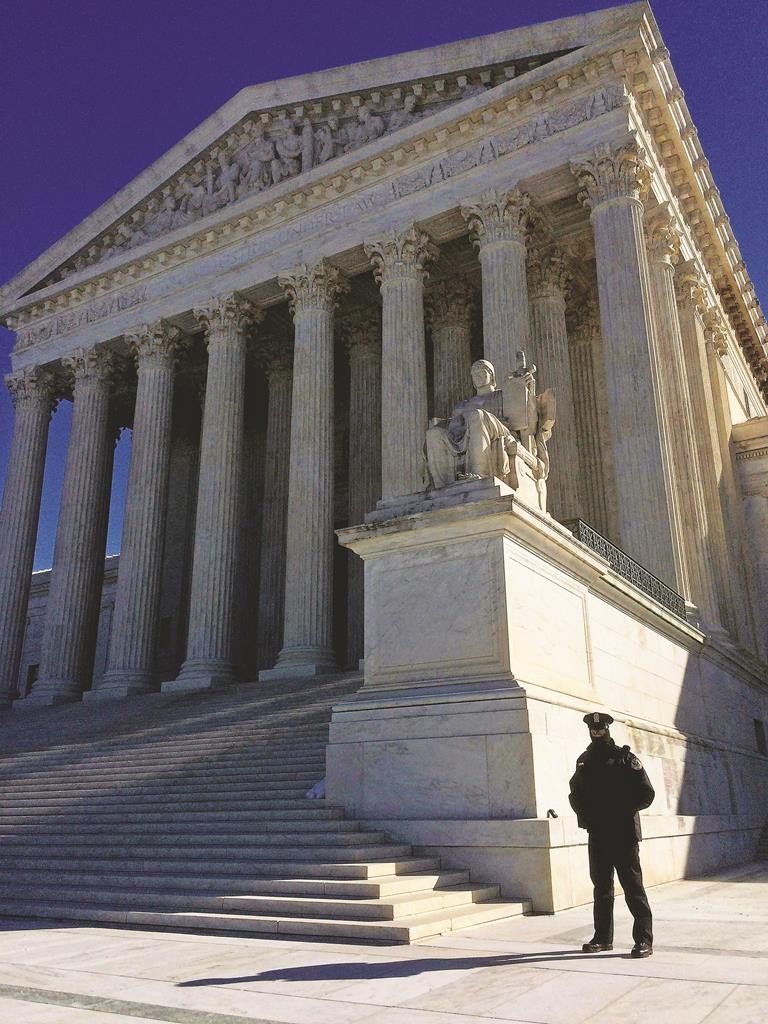 The history of Supreme Court nominations is dominated by tales of picks the Senate debated and approved with little angst. President Barack Obama’s upcoming effort to fill the vacancy created by Antonin Scalia’s death doesn’t seem to be one of those stories.

Senators were returning to Washington Monday from a week-long recess that saw the 79-year-old justice’s unexpected passing inject a blaring new issue into this election year. Senate Majority Leader Mitch McConnell’s declaration that the vacancy should remain “until we have a new president” infuriated Democrats who want the spot filled promptly, setting up a lengthy fight for which each side is still mapping its moves.

McConnell’s statement was an unambiguous cry of opposition to confirming an Obama pick, but it seemed to leave leaders with the tactical flexibility for some Senate consideration short of approval, such as hearings.

But the majority leader — who controls the Senate’s schedule — seemed to rule out that option in an opinion column posted late Friday on the Lexington Herald-Leader newspaper’s site. The Kentucky Republican wrote that he favors “deferring action in the Senate” until a new president selects someone for the vacant seat.

The stakes for the Scalia vacancy are especially high because by replacing him, Obama could tip the court’s balance from conservative to liberal. He’s expected to announce his nomination in the coming weeks.

Considerations not yet publicly known were making it tough for Republicans to fine-tune their approach just yet, including questions about whom Obama will name and who the GOP presidential nominee will be. Another challenge was how GOP senators facing re-election in closely divided states would strike a balance between retaining conservatives’ support and avoiding accusations from independent voters of being too partisan.

One of those senators, Kelly Ayotte, a New Hampshire Republican whose GOP primary election is not until September, displayed no such concerns Friday. She noted that  with so much on the line, the Senate should not proceed with the confirmation process of a new justice until after the presidential elections in November.

GOP senators planned to discuss the court vacancy Tuesday at their weekly private lunch. Despite initial suggestions by some that hearings were possible, Republicans have rallied behind McConnell’s argument that with November’s presidential and congressional elections approaching, the Scalia seat should remain empty until voters choose the next president.

“Even if the president nominated my daughter, who’s a lawyer, to the Supreme Court, I think the American people ought to get to vote and decide if they’d like to see my daughter on the Supreme Court,” Sen. Roy Blunt, R-Mo., said Friday in Arnold, Missouri, where he launched his own re-election campaign.

Outnumbered Democrats were solidly behind Obama but seemed to face an uphill climb. They were strategizing over how to maximize pressure on Republican senators, including Ayotte and four others seeking re-election in states Obama won in both 2008 and 2012: Ohio, Illinois, Wisconsin and Pennsylvania.

No. 3 Senate Democratic leader, Chuck Schumer of New York, predicted Friday that voter pressure will force the GOP to consider the nomination because failure to act “will hurt badly the Republican brand, which is trying to get away from obstructionism.”

In an interview, he said the issue was already helping his party politically because, “I think now, the Democratic side in the election will be as motivated as the Republican side because they know what’s at stake.”

Recent decades have seen other pitched battles over Supreme Court selections, including Robert Bork’s 1987 rejection and Samuel Alito’s confirmation in 2005. Yet it’s unusual for the Senate to wage titanic struggles over the selections, or take no action at all.

Since 1789 presidents have sent 160 Supreme Court nominations to the Senate, according to the nonpartisan Congressional Research Service. Of those, 124 were confirmed.

Underscoring the usual lack of controversy, 73 of them won confirmation by voice vote — a method that often indicates that a matter lacks major disagreement.

And of the 51 approved on roll-call votes, only 26 times did 10 or more senators vote against the nominee. Since 1967 the Senate has always taken roll calls on Supreme Court nominations.

Of the 36 who failed to win confirmation, the Senate rejected 11 — most recently Bork, in a bitter partisan battle after he’d been nominated by President Ronald Reagan. Thirteen others saw action on the Senate floor that stopped short of a final roll call.

Only 12 nominations have not reached the Senate floor, including just five instances in the 20th and 21st centuries.

Of those 12, six were withdrawn by the president before full Senate action was taken. The most recent was President George W. Bush’s 2005 withdrawal of his nomination of Harriet Miers after some Republicans complained she wasn’t conservative enough.

“The Senate has exhibited little tendency to leave Supreme Court nominations without a final vote simply out of reluctance to act, or to use inaction as an indirect means of denying confirmation,” a 2011 report by the research service said.