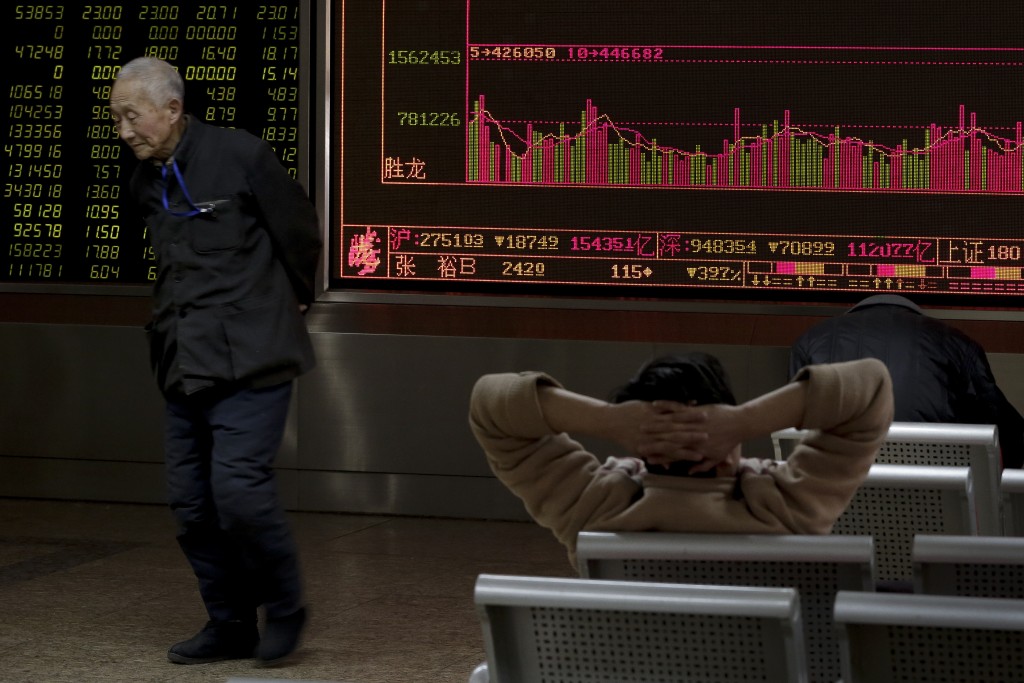 Asian stock markets were mostly higher Monday as investors looked to this week’s meeting of finance ministers from major economies for reassurance about threats to global growth.

Investors are hoping this week’s meeting of finance ministers from the Group of 20 major rich and developing economies will spur moves to shore up global growth. Japan’s central bank governor has called for the officials’ meeting Friday and Saturday in Shanghai to commit to coordinated action. But private sector analysts say fiscal and monetary policy options are limited following repeated rounds of stimulus.

The weekend meeting of G20 finance ministers will be the major focus this week with global growth woes likely to be the event headline,” said Stephen Innes of OANDA in a report. “Don’t expect any magic bullet solution to appear, but a policy consensus among ministers might go a long way to shoring up investors’ sentiment.”

A measure of Japanese manufacturing showed activity fell to an eight-month low this month, due largely to weak export demand. The Nikkei Flash Japan Manufacturing Purchasing Managers’ Index showed production grew at its slowest rate in 10 months and new export orders fell to a three-year low. The data suggest “business sentiment has suffered from the sharp falls in the equity market and the stronger yen,” Marcel Thieliant of Capital Economics said in a report.