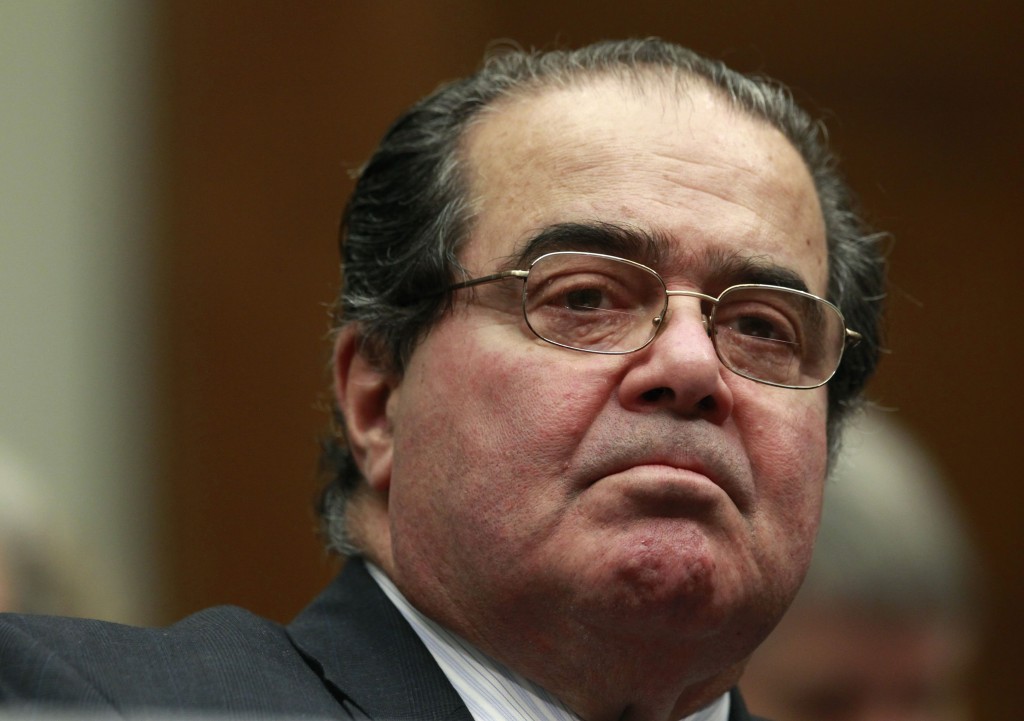 The farewell to Supreme Court Justice Antonin Scalia took place in the largest Catholic church in the United States. Hundreds of friends and admirers, many from the top echelons of Washington’s legal and political worlds, gathered for a send-off that was supposed to be, as Washington Archbishop Donald Cardinal Wuerl joked, in his opening remarks, “a simple parish family [service].” A knowing laugh rippled through the pews.

Funerals in Washington are rarely simple when it comes to such larger-than-life figures as Scalia. For many in the crowd, it was a day to mourn a man they knew and loved. For others, showing up was an affirmation of conservative bona fides and membership in this city’s power elite.

Others created a frisson when they arrived, included Attorney General Loretta E. Lynch; Sen. Ted Cruz (a former Supreme Court clerk who stepped away from the campaign trail to attend the service); and Ted Olson, the renowned Washington lawyer who argued the 2000 Bush v. Gore case before the Supreme Court. There was also a section of judges from the U.S. Court of Appeals for the D.C. Circuit — including three rumored to be in the running for Scalia’s seat: Merrick Garland, Sri Srinivasan and Patricia Millett.

But it was an absence that created a firestorm. Conservatives loudly criticized President Barack Obama for snubbing the longest-sitting justice when the White House announced he would not attend. Rejecting the notion that the decision was political, Press Secretary Josh Earnest defended sending Biden as “somebody that had his own personal relationship with Justice Scalia and his family.” What’s more, he said, Biden’s security footprint would be less disruptive. “We believe we have settled on an appropriate and respectful arrangement,” he said.

The president and first lady paid their respects Friday, when Scalia’s body lay in repose in the Great Hall of the Supreme Court.

It’s rare for a justice to die in office, so there’s little precedent for presidential attendance. In 2005, President George W. Bush spoke at the funeral of Chief Justice William H. Rehnquist. President Dwight Eisenhower came to the service for Chief Justice Fred Vinson in 1953 but did not attend the funeral of Associate Justice Robert Jackson a year later. All the other justices of the past six decades died after leaving the bench, and presidents attended some of their funerals but skipped others.

Politics aside, the presence of a president is a still considered a big deal, the ultimate posthumous tribute in this most status-conscious of cities. There is always the discreet rubbernecking as mourners look to see who’s seated in front.

Scalia’s son, the Rev. Paul Scalia, officiated, offering a heartfelt homily to the man he and his eight siblings called “Dad.” Bible verses were delivered by Leonard Leo, vice president of the conservative Federalist Society and Associate Justice Clarence Thomas. Scalia’s extended family sat in a large section at the front, with his former court colleagues and miscellaneous politicians at the section to their left.

Because the service was a traditional service, there was less of the posturing that has characterized other notable farewells. The 2001 service for Katharine Graham was a bipartisan gathering filled with her A-list friends: Bill Clinton, Bill Gates, Henry Kissinger, Warren Buffett, Yo-Yo Ma and a busload of senators. More than 4,000 people attended that ceremony at the National Cathedral, guided to their appointed seats by ushers.

Diplomat Richard Holbrooke may never have gotten the secretary of state title he coveted, but two U.S. presidents — Obama and Clinton — attended his 2011 invitation-only memorial at the Kennedy Center. VIPs had reserved seats; B-listers were relegated to general-admission tickets.

Presidents Bush and Obama attended the 2008 private funeral for “Meet the Press” moderator Tim Russert, with 1,500 others showing up for a memorial that included Condoleezza Rice, Madeleine Albright, John F. Kerry, Alan Greenspan and Mario Cuomo.

The Russert memorial was famously mocked by New York Times reporter Mark Leibovich, who used the gathering to open “This Town,” his withering 2013 look at D.C.’s political and media culture. “You had the Democrats, the Republicans, the Clintons, the newscasters, Barbara Walters. I mean everyone was there,” he told NPR. “And I remember sitting there, and I was struck by how this memorial service for a beloved newsman could so quickly degenerate into a networking opportunity. People were throwing business cards around, people were trying to get booked on various shows. The funeral as cocktail party.”

Scalia’s service, in contrast, was a dignified affair, with soaring organ music, and more than 100 priests following his casket out the door. Tweeting was banned, glad-handing kept to a respectful minimum, and reporters were prohibited from approaching anyone.

Very non-Washington, as these things go. Scalia would have loved it.