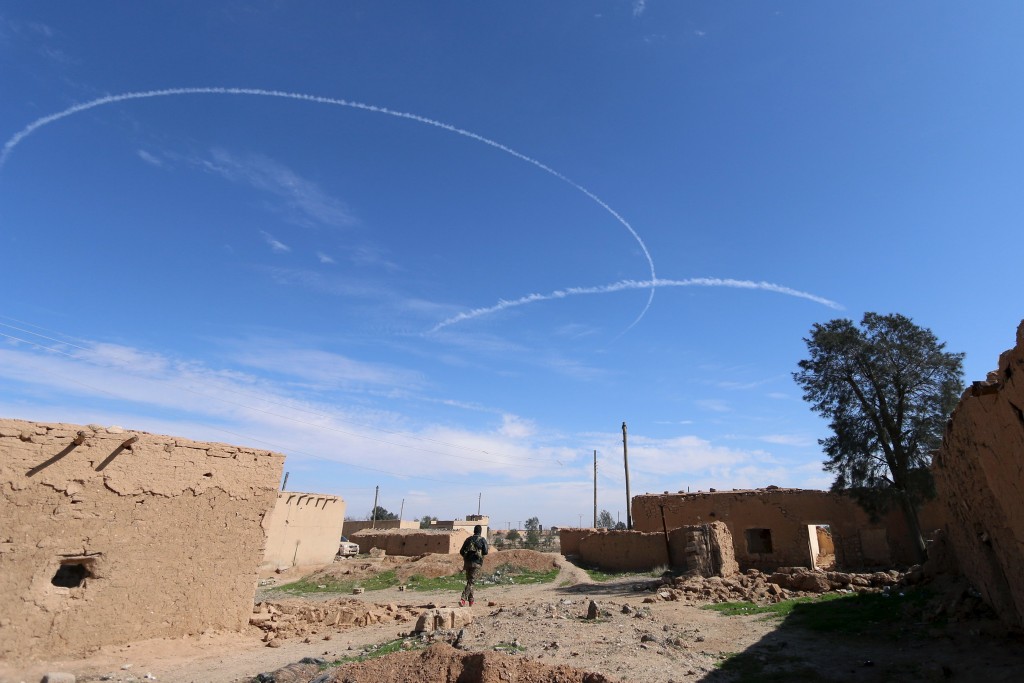 Syria’s opposition on Saturday said it had agreed to the “possibility” of a temporary truce, provided there were guarantees that Damascus’s allies, including Russia, would agree to a cease-fire, sieges were lifted and aid deliveries were allowed countrywide.

But there was no immediate sign that Moscow would drop its vow to continue its onslaught against those it views as “terrorists” among the range of armed groups pitted against President Bashar al-Assad.

Russian air strikes have turned the tide in Syria’s five-year-old civil war in Assad’s favor, to the frustration of the United States and its allies who support rebels trying to topple the president.

Attempts to negotiate a truce in recent months have failed. The latest round of talks at the United Nations in Geneva is being jointly chaired by Russia and the United States.

On Saturday, various Syrian opposition factions “expressed agreement on the possibility of reaching a temporary truce deal, to be reached through international mediation,” a statement from the High Negotiations Committee said.

The Committee, which brings together armed rebel groups and Syria’s exiled political opposition, said the United Nations must guarantee “holding Russia and Iran and sectarian militias … to a halt to fighting.”

All sides should cease fire simultaneously and the Syrian government should release prisoners, it added.

A source close to the peace talks earlier told Reuters that Syria’s opposition had agreed to the idea of a two- to three-week truce. The truce would be renewable and supported by all parties except the Islamic State terror group, the source said.

It would be conditional on the al-Qaida-linked Nusra Front no longer being attacked by Syrian government forces and their allies, at least to start with, the source said. The Nusra Front is considered a terrorist organization by the U.N. Security Council.

The spokesman for Russian President Vladimir Putin, Dmitry Peskov, said on Saturday, “Russia is sticking to its consistent policy of rendering assistance and aid to the armed forces of Syria in their offensive actions against terrorists and against terrorist organizations.”

The source close to the peace talks described the opposition’s insistence on the Nusra Front no longer being targeted as “the elephant in the room.”

“They have to deal with this very delicately or they are going to end up with a civil war [among rebel groups] in Idlib on their hands,” the source said.

Nusra terrorists are fighting alongside other rebel groups in some areas, including Idlib.

While the men restated their commitment to continued deliveries of aid, there was as yet no agreement on how a cease-fire would work, Kirby said.

In Moscow, the Russian Foreign Ministry said the two men had discussed how to implement a cease-fire that would exclude “operations to fight terrorist groups.”

The tangled alliances and rivalries among the states and armed groups embroiled in the war add to pessimism about the chances of success of further peace talks envisaged soon in Geneva.

Turkish Prime Minister Ahmet Davutoglu on Saturday called on the United States to give unconditional support in the fight against Syrian Kurdish terrorists, illustrating growing tension between Ankara and Washington over policy in northern Syria.

Fighting continued to rage on Saturday in Syria’s Aleppo province, with Syrian government forces claiming the capture of 18 villages from Islamic State.

Ending sieges on civilians has become another sticking point in talks to end the conflict.

The United Nations estimates there are 486,700 people in around 15 besieged areas of Syria, and 4.6 million in hard-to-reach areas. In some, deaths from starvation and severe malnutrition have been reported.