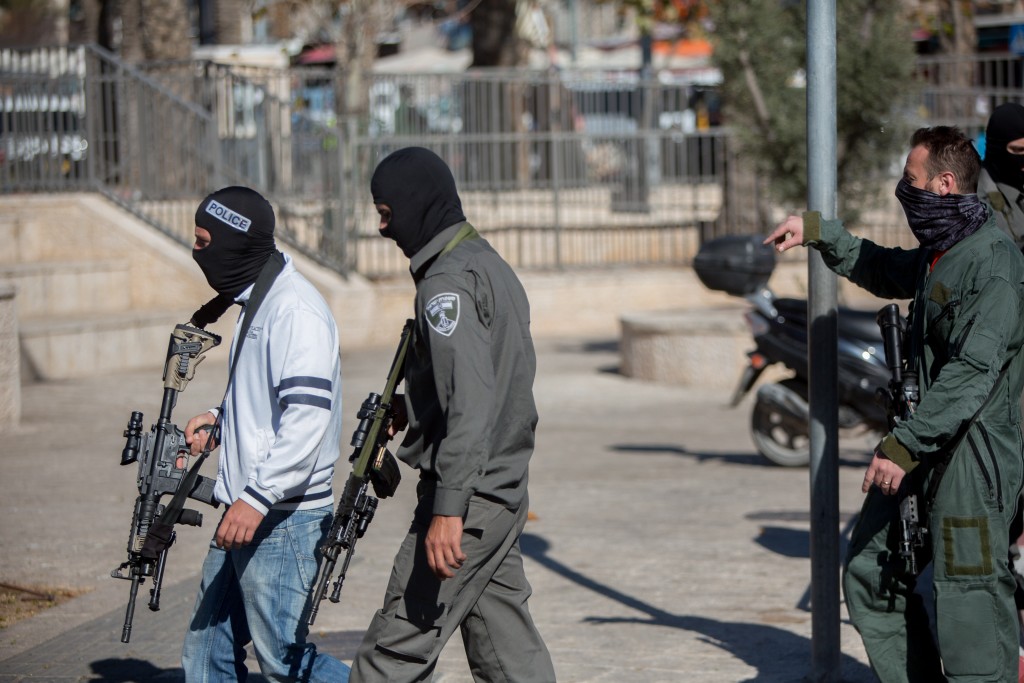 Police thwarted a terror attack near the Damascus Gate in the Old City of Yerushalayim on Motzoei Shabbos, b’chasdei Shamayim. The attack was thwarted with the help of a “patrol dog.” Officers who were stationed near the Damascus Gate noticed an Arab who was behaving suspiciously. They surrounded the Arab and attempted to search him.

The Arab pulled out a knife and began jabbing wildly at the officers. They released a police dog, which attacked the attempted terrorist, and were able to subdue him. The knife was confiscated and the terrorist was taken into custody, police said.

On Friday afternoon, an IDF soldier was injured by a bullet that was apparently fired by a fellow soldier, as forces attempted to put down a riot in Gush Etzion. The soldier was treated at the site and taken later to a hospital in Yerushalayim for further treatment, the IDF said. Arab rioters also threw rocks at Israeli vehicles on Road 60, near Halhoul. Several vehicles were damaged, the IDF said.

In other terror attacks on Shabbos, a 13-year-old Arab terrorist with a knife was arrested by Border Police near Me’aras Hamachpelah in Chevron. He was taken in for questioning, the IDF said.