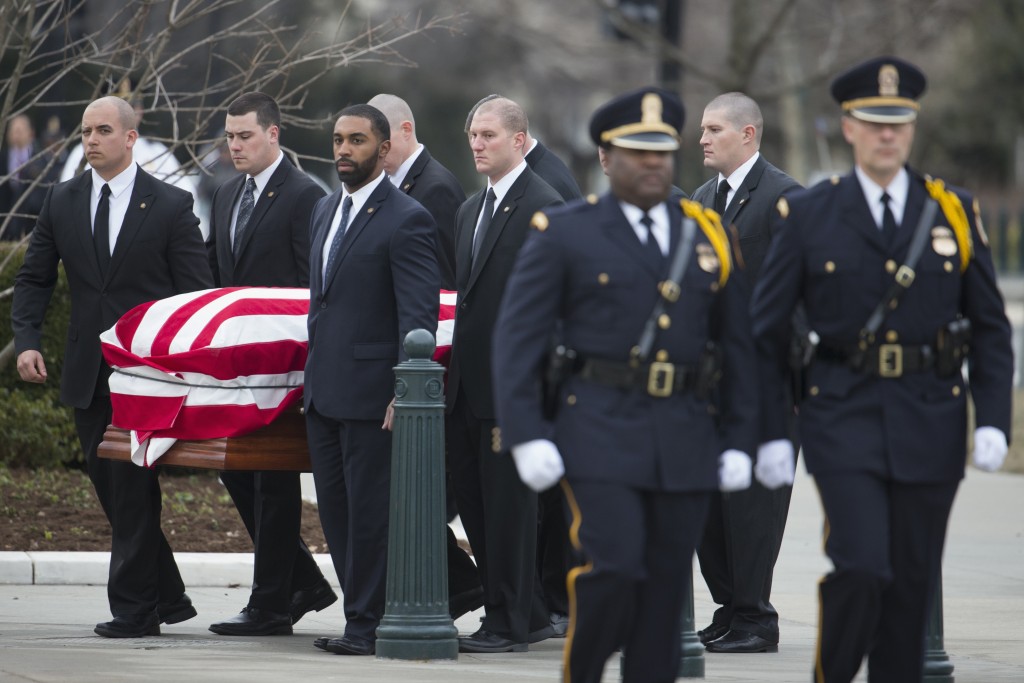 Justice Antonin Scalia’s flag-draped casket arrived Friday morning at the Supreme Court building, where it will lie in repose all day.

Supreme Court police served as pallbearers to carry the casket up the marble steps into the court’s Great Hall.

The procession passed between two long lines of Scalia’s former law clerks, which stretched from the plaza to the court’s main entrance. Another group of 12 former clerks serving as honorary pallbearers followed.

The procession passed before the court’s eight current justices and the casket was placed on the Lincoln Catafalque, the same platform on which President Abraham Lincoln’s coffin once rested at the Rotunda of the Capitol in 1865.

The justice’s former law clerks will take turns standing vigil by their former boss throughout the day and night, in a tradition most recently observed after the 2005 death of former Chief Justice William Rehnquist.