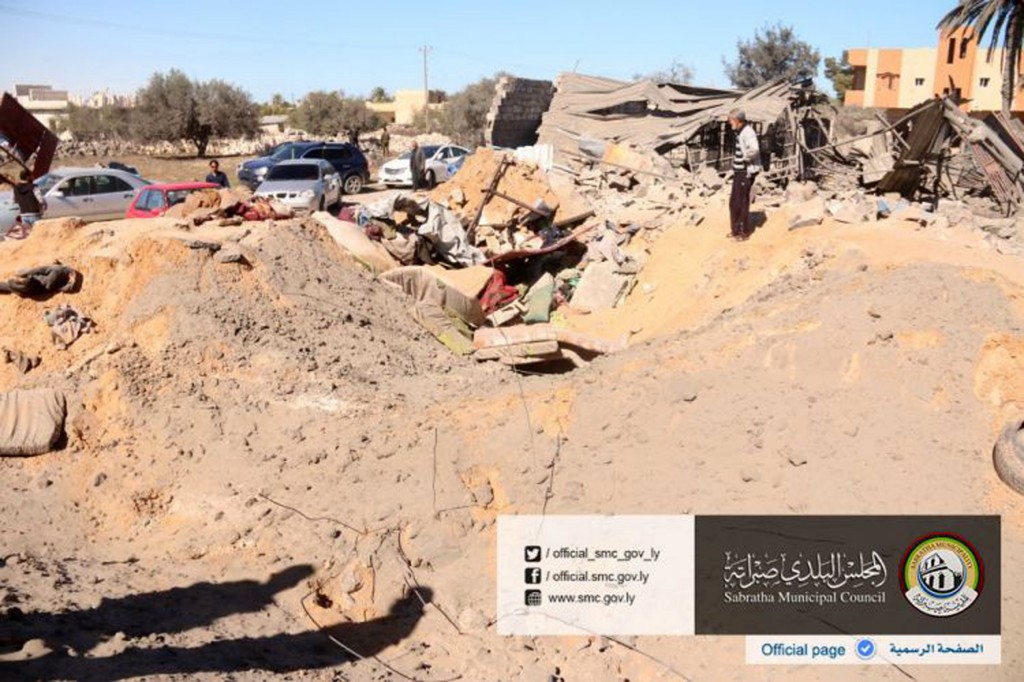 American warplanes struck an Islamic State training camp in Libya near the Tunisian border Friday, and a Tunisian described as a key terrorist operative probably was killed, the Pentagon announced. In Libya, local officials estimated that more than 40 people were killed and more wounded, some critically.

The strike did not appear to mark the start of a sustained U.S. air campaign against the terrorist group in Libya, where it has made inroads even as it faces pressure from the U.S.-led coalition bombing in Syria and Iraq. The Obama administration has said it would support international military efforts to counter IS in Libya once the country assembles a unity government, but it also has vowed to strike key targets when opportunities arise.

In a written statement, Pentagon press secretary Peter Cook said the training camp struck Friday was near the Libyan town of Sabratha and that the targeted terrorist was Noureddine Chouchane, a Tunisian national whom Cook called “an ISIL senior facilitator in Libya associated with the training camp.”

“ISIL” is another acronym for Islamic State.

Another U.S. official said up to 60 terrorists were present at the camp at the time of the strike by U.S. Air Force F-15E strike aircraft based in Europe. The official said the U.S. believes, but is not certain, that Chouchane was killed.

Cook said Tunisian officials in May 2015 had named Chouchane as a suspect in a March 18, 2015 attack on the Bardo Museum in Tunis.

“He facilitated the movement of potential ISIL-affiliated foreign fighters from Tunisia to Libya and onward to other countries,” Cook said.

“Destruction of the camp and Chouchane’s removal will eliminate an experienced facilitator and is expected to have an immediate impact on ISIL’s ability to facilitate its activities in Libya, including recruiting new ISIL members, establishing bases in Libya, and potentially planning external attacks on U.S. interests in the region,” Cook added.

A witness in the city said he heard two explosions at 3:30 a.m. coming from the nearby village of Qasr Talel. He said the house that was targeted belongs to Abdel-Hakim al-Mashawat, known locally as an Islamic State terrorist. He spoke on condition of anonymity because he feared for his safety.