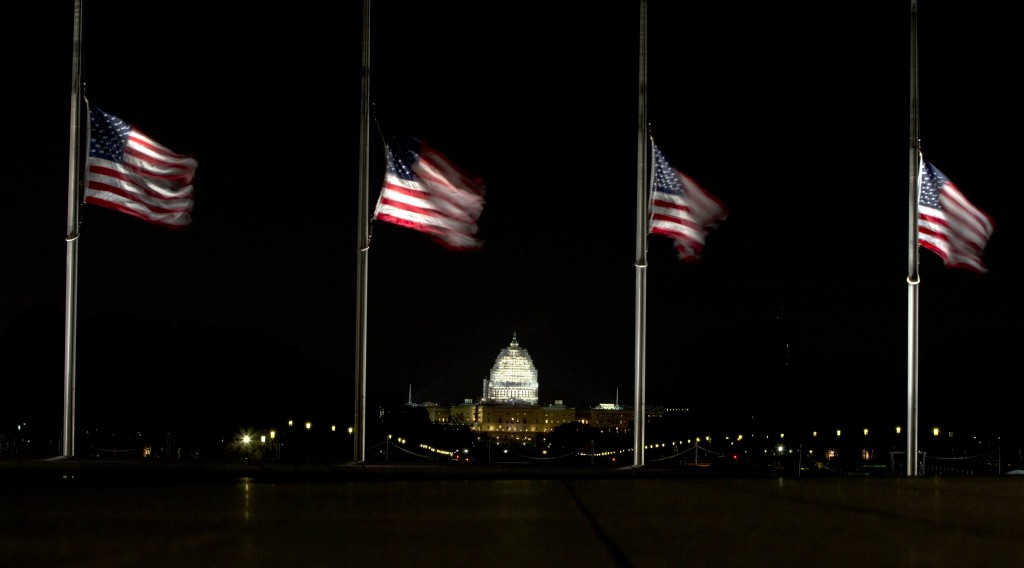 Senate Republicans worked to close ranks Thursday around their leader’s opposition to President Barack Obama picking a new Supreme Court justice, arguing they would be well within their right to refuse to confirm a nominee in Obama’s final year in office.

A day after signs of splintering emerged within the GOP, Republicans mounted a display of unity in the form of a joint op-ed by Senate Majority Leader Mitch McConnell of Kentucky and Senate Judiciary Committee Chairman Charles Grassley of Iowa. Other Republicans walked back earlier comments that had opened the door to granting a hearing and possibly a vote to Obama’s choice to replace Justice Antonin Scalia.

The series of apparent U-turns illustrated the turmoil in the Republican Party about how to handle the unexpected death of Scalia, a conservative stalwart. Obama and Democrats are hoping an overreaction by Republicans will prompt a political backlash that could galvanize support for Obama’s nominee and also invigorate Democratic voters in the November elections.

“No one disputes the president’s authority to nominate a successor to Scalia,” McConnell and Grassley wrote in The Washington Post. But they argued that inconvenient as it may be for Obama, “the Constitution grants the Senate the power to provide — or as the case may be, withhold — its consent.”

Tellingly, the senators didn’t say whether Obama’s nominee should at least get a hearing — just that they’d be justified in refusing an up-or-down vote.

Though most of the GOP’s presidential candidates oppose Obama picking Scalia’s replacement, Florida Gov. Jeb Bush seemed to come to Obama’s defense. He told a CNN town hall that he “probably would” nominate if in Obama’s position.

“I believe we should be respectful of the Constitution, but whatever powers are afforded the presidency, the president ought to use them,” Bush said. “They’re there for a purpose.”

Earlier this week, Grassley — whose committee would hold hearings — indicated he would wait to see who Obama nominated before deciding about hearings. That position conflicted with McConnell, who urged Obama not to bother putting forward a candidate.

Sen. Lisa Murkowski, R-Alaska, had broken with fellow Republicans on Wednesday by declaring that the Senate should hold hearings on Obama’s nominee. She, too, seemed to change her tune on Thursday, taking to Twitter to urge Obama to “follow a tradition embraced by both parties” by yielding to the next president.

“If POTUS ignores precedent, I believe extraordinary circumstances give the Senate every right to deny the nominee an up-or-down vote,” Murkowski wrote, using an acronym for the president of the United States.

Obama and his advisers have dismissed the GOP notion that the president will choose a polarizing nominee. Vice President Joe Biden, himself a former Judiciary Committee chairman, said Thursday that Obama “ought to be able to find a consensus candidate” that would appeal to both parties.

“In order to get this done, the president is not going to be able to go out — nor would it be his instinct, anyway — to pick the most liberal jurist in the nation and put [him or her] on the court,” the vice president told Minnesota Public Radio. “There are plenty of judges [who] are on high courts already who have had unanimous support of the Republicans.”

Obama is expected to look closely at a number of appeals court judges, including some who meet Biden’s benchmark. Sri Srinivasan and Jane Kelly were both confirmed unanimously by the Senate within the last few years.

Most Republicans and likeminded groups were holding firm.

The Judicial Crisis Network, headed by a former clerk to conservative Justice Clarence Thomas, said it was spending more than $1 million on ads arguing that “next president chooses the next justice.” And Sen. Pat Toomey, R-Pa., said it seemed clear that Obama would not get a nominee confirmed unless he were to pick someone in Scalia’s mold, preserving the court’s ideological balance.

“For that reason, it might be just as well not to have a hearing that would sort of — might mislead the American people into thinking that this is just about the qualifications of the candidate,” Toomey said in an interview with The Associated Press. “Because it’s bigger than that.”

At least one former justice was siding with Democrats in calling for the vacancy on the nine-member court to be filled expeditiously. Sandra Day O’Connor, nominated by President Ronald Reagan, told Fox 10 in Phoenix that she disagreed with those calling to wait for the next president.

“I think we need somebody there now to do the job,” she said, “and let’s get on with it.”