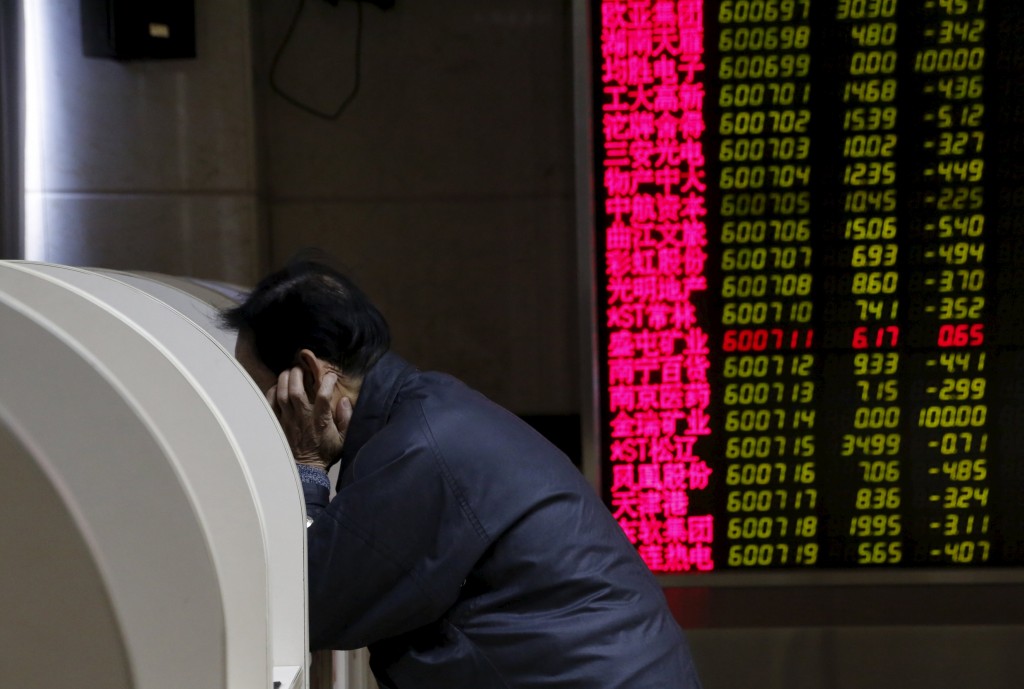 Asian shares slipped from near three-week highs on Friday as a rally in oil prices reversed and investors remained cautious about the outlook for the global economy.

MSCI’s broadest index of Asia-Pacific shares outside Japan fell 0.6 percent, but gains in previous sessions left it on track for a weekly gain of 4.1 percent.

Japan’s Nikkei dropped 1.4 percent as the yen firmed, but ended the week up 6.8 percent.

“This week is the first sign of change I have seen in 2016,” Evan Lucas, market strategist at trading services provider IG, wrote in a note, referring to the upswing in equities.

But “most fund managers are nearing their maximum levels of cash under their respective mandates. This capital needs to be deployed to confirm the change is on.”

MSCI’s emerging market index hit a six-week high overnight on hopes that oil prices were stabilizing, but the positive sentiment didn’t flow through to U.S. shares.

The S&P 500 shed 0.5 percent, dragged down by lackluster earnings from Wal-Mart Stores.

Oil prices reversed earlier gains on Thursday following a rise in U.S. stockpiles but look set to post their first weekly rise in three weeks after the battered market took heart from a tentative deal by major producers to freeze output at January’s highs.

Still, doubts about how much other countries will cooperate have weighed on investors, with the focus squarely on Iran, which has pledged to increase output sharply to regain market share lost when sanctions were in place.

Brent crude extended losses on Friday, and was last trading down 0.9 percent at $33.99 per barrel, but is up 1.9 percent for the week.

“I would assume oil prices will face downward pressure and there will be selling into a rally,” said Daisuke Uno, chief strategist at Sumitomo Mitsui Bank.

In a sign that investor fears over a global economic slowdown are far from being on the wane, traditional safe-haven assets held firm after a strong outperformance on Thursday.

Investors also flocked to the safety of top-rated government bonds, with the 10-year U.S. Treasuries yield falling back to 1.7294 percent, compared with Wednesday’s one-week high of 1.8470 percent.

The minutes from the European Central Bank’s January meeting showed some policymakers are advocating the need to act preemptively in the face of new threats on the economy.

A big focus is on the British pound and the EU summit in Brussels, where UK Prime Minister David Cameron is seeking more favorable terms for its EU membership. A successful deal there is expected to lead to a referendum on EU membership as soon as in June.

“We expect a correction lower in EURGBP should an agreement be reached at the meeting, although an impasse, to which we assign a nonnegligible probability, would likely weigh on the GBP,” wrote Barclays analysts in a report.