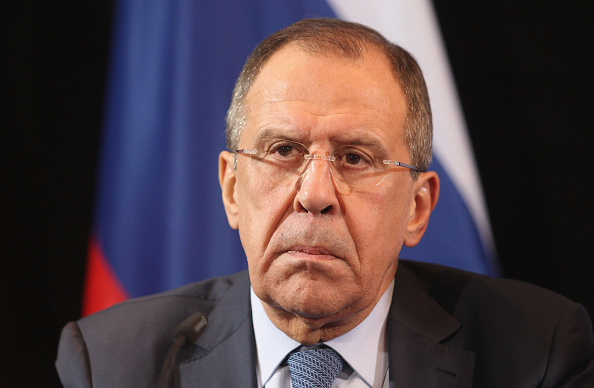 Russia has expressed an interest in restarting the peace talks with the goal of reaching a two-state solution to the Palestinian-Israeli conflict.

The message was conveyed by Russian Foreign Minister Sergey Lavrov in a meeting with Israeli Foreign Ministry director-general Dore Gold in Moscow on Thursday. Gold is in the Russian capital for two days with a delegation from the Ministry.

Lavrov said that as a permanent member of the United Nations Security Council and a member of the Middle East Quartet, Russia seeks “resumption of the peace process between Israel and Palestine in order to achieve our common goal — two states that exist in peace and security with all its neighbors,” The Jerusalem Post reported.

Gold reportedly responded that “regional security is a prerequisite for peace making.”

In addition, Lavrov reiterated the Kremlin’s concern about persistent reports of a nearing rapprochement between Israel and Turkey, according to Haaretz on Thursday. Relations between Russia and Turkey have been extremely tense since a Russian war plane was shot down by the Turks a few months ago.

For public consumption, however, it was a cordial meeting, on the 25th anniversary of the renewal of bilateral relations between Israel and Russia. Lavrov said that they would “cover key bilateral issues and, of course, international issues, especially the situation in the Middle East.”

Unfortunately, the foreign minister said, “there is something to talk about, and not in a very positive way: the ongoing crisis in Syria, Libya, Yemen and the situation in Iraq.”

Lavrov spoke warmly of relations with Israel, noting that President Vladimir Putin and Prime Minister Binyamin Netanyahu have met a number of times and speak often on the phone. He said that there is a stable mechanism between the two capitals for consultation, and that plans for further consultations will be drawn up during Gold’s visit.