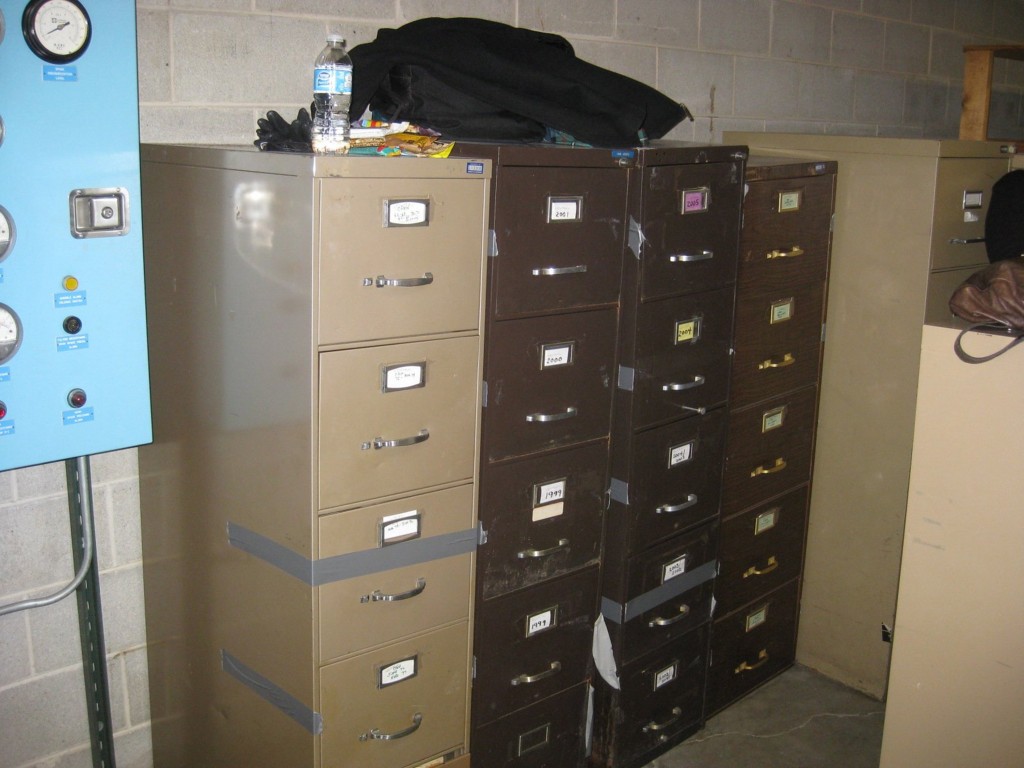 The homicide files sat untouched for years in the dingy basement at a South Side police station, thousands of aging manila folders locked away in cabinets cataloging seven decades of long-forgotten killings.

But now about 500 of the files — located in 23 cabinets — have landed at the center of a court fight over whether the Chicago Police Department for years violated its own directives by hiding evidence from criminal defense lawyers.

The controversy could become another black mark for a police department rocked in recent months by the fallout over a disturbing video of an officer shooting teenager Laquan McDonald 16 times.

With the approval of a federal judge, Chicago attorney Candace Gorman has spent much of the last year combing through street files found in the basement of the old Wentworth Area headquarters, trying to match their contents with evidence that was disclosed by police and prosecutors at the time of trials long ago.

It has been a monumental task. Gorman and her small team of attorneys have spent hundreds of hours and tens of thousands of dollars tracking down prisoners whose murder cases were among the stack she was allowed to review. As they’ve navigated the archaic bureaucracy of the Cook County courts, Gorman and her team have run into numerous delays and dead ends, from cases missing from boxes buried deep in county warehouses to others that were destroyed long ago by private attorneys who purged their files when cases concluded.

But what Gorman has found so far has been eye-opening.

In the 60 cases she’s been able to compare, Gorman said she has found that more than 90 percent have information in the street file that was not in the defense file. The discrepancies run the gamut, she said, including names and accounts of eyewitnesses that apparently were never disclosed, statements in detectives’ notes that contradict later versions of typed reports and lineup cards that were missing or different from what the defense eventually saw.

“I knew we’d find stuff that was missing, but I didn’t think it would be this much,” said Gorman, who will only recoup her expenses if she wins. “These little pieces of information can be so crucial to a defense attorney because you never know which witness could be the key unless you’re able to track them down.”

The city, meanwhile, has vehemently denied that any evidence was improperly withheld.

The Chicago Tribune first wrote about the filing cabinets in the Wentworth Area basement in a front-page report in April 2014. A street file on Gorman’s client, former El Rukn lieutenant Nathson Fields, had been found there three decades after his conviction in an infamous 1981 double murder. Fields was sent to death row, but his conviction was later overturned after it was discovered the trial judge had taken a bribe to fix the case.

After he was freed, Fields filed a wrongful conviction suit against Chicago police and prosecutors alleging his street file was buried in an effort to frame him for the murders. The file contained evidence of other potential suspects that was not turned over to his trial lawyers.

At trial in 2014, Gorman had the grimy, yellow-green filing cabinet hauled into a federal courtroom to show the jury where Fields’ file had been found. The jury, however, ruled against Fields on all but one count and awarded him just $80,000 in damages.

But last April, U.S. District Judge Matthew Kennelly ordered a new trial. In doing so, Kennelly made the bombshell decision to allow Gorman to expand her investigation well beyond Fields’ file, giving her wide range to dig into the rest of the cabinets in her effort to show the burying of street files was a de facto policy of the Police Department.

Fields, whose retrial is scheduled for May, told the Tribune he hoped his case “can be the lightning rod to help other men who were innocent and fall in the same boat as me.”

“You’ve got people in prison trying to fight a fight where they don’t even know what happened because they’ve never seen their street files,” said Fields, who now works with a national organization of former death row inmates.

The filing cabinets contained about 2,700 cases dating to the 1940s, but to keep the search relevant to Fields’ claims, Gorman was allowed to dig into homicide files ranging from 1979 to 2006.

That left her with a total of 466 files to examine — and an equal number of defense files to track down for comparison. Unless she wanted to issue subpoenas for each case, Gorman was advised early on by the Cook County Public Defender’s Office to try to obtain authorization to review files from the defendants themselves.

Using online databases, Gorman located and contacted more than 275 defendants — most still in prison — to ask permission to view their defense files. But in doing so, Gorman was worried about giving false hope to many who had heard about her efforts through the legal grapevine.

“I explained in each letter that I needed the attached authorization signed so that I could try to track down the defense counsel’s file and compare the two,” Gorman said. “Only then would I know if material was withheld in their cases.”

To help with the seemingly overwhelming task, Gorman last fall enlisted lawyers with the Loevy & Loevy law firm, which specializes in police misconduct cases. Also involved was the Committee on Transparent Files, a watchdog panel of about a dozen lawyers from some of the city’s top wrongful conviction groups as well as the public defender’s office that formed after the Tribune wrote about the basement filing cabinets two years ago.

Even after finding a defendant and obtaining authorization, locating the original defense file for cases up to three decades old has proven difficult. Armed with a list of defendants, Gorman contacted several dozen private attorneys who had handled some of the murder cases and asked for their files, but it often led to a dead end because the files had either been destroyed or sent to other offices for post-conviction litigation.

Meanwhile, the bulk of the files were determined to belong to the public defender’s office, which had only one staffer with the knowledge and authority to look up files and find them in one of the county’s two sprawling warehouses.

Adding to the difficulty was the county’s Byzantine system for storing files. Records that were supposed to be in boxes in a specific area of a warehouse had been removed for post-conviction litigation or other reasons. In other cases, their current location was not noted. During one visit to the warehouses in December, attorneys were able to locate only eight of the 20 files they had hoped to find, court records show.

In a court hearing last month, Gorman and other attorneys involved in the search described the frustrating process for the judge, who likened it to a “bureaucratic shuffle.”