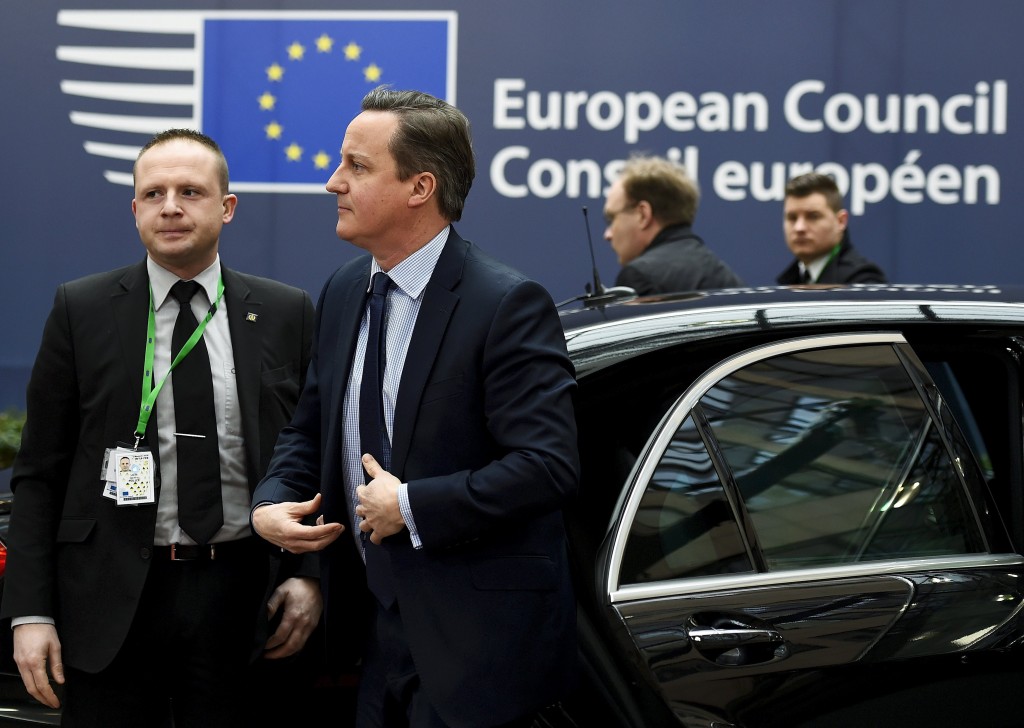 European Union leaders pondering the migration crisis in Brussels on Thursday will discuss whether a German-backed strategy for Turkey to curb the flow was enough or a “Plan B” to close Balkan borders is needed.

Germany, which took in over one million migrants last year, has led efforts in offering money and promising to revive Turkey’s long-stalled EU accession talks to get Ankara to prevent more people from embarking from its shores for Europe.

But four skeptical Eastern European members have floated a fallback policy of ring-fencing Greece to keep the migrants they expect to land there from proceeding through Macedonia and Bulgaria to other EU countries.

The massive arrival of refugees and migrants from Syria and elsewhere in the Middle East and North Africa, has opened deep rifts within the EU, with member states often ignoring calls from Brussels and Berlin to share the burden more evenly.

The arrivals from Turkey have fallen sharply in recent days, but it is too early to declare the German approach was working. Many EU members distrust Ankara and worry that the recent drop in arrivals may just be a winter lull.

A senior EU diplomat noted pressure was mounting in EU countries to close borders against the migrant tide. Austria said on Wednesday it would cap the number of migrants it lets in at 3,200 a day from Friday.

“The discussion hasn’t got any easier and isn’t about to get any easier,” the diplomat said. “We can’t go on like this.”

The 28-nation bloc’s summit on Thursday and Friday will focus on Britain’s EU negotiations, with the migrant crisis planned to figure at a presummit meeting between Turkey and 11 EU states, as well as the EU leaders’ discussion around the dinner table.

But the early session was cancelled after 28 Turkish soldiers and civilians were killed in car bomb attacks in Ankara late on Wednesday.

Draft conclusions of the summit seen by Reuters say the leaders will conclude that “the flows of migrants arriving in Greece from Turkey remain much too high” and they want “a substantial and sustainable reduction of the number.”

Another EU diplomat said the flow must be stemmed by a mid-March EU summit on migration. “Without stemming the flows, there is no hope,” the envoy said. “By March, time will be running out … relying simply on Turkey to deliver is not enough.”

The “Plan B” suggested by Poland, Hungary, Slovakia and the Czech Republic did not go down well in Brussels and Berlin. For one thing, closing borders would bottle up migrants in Greece, likely leading to major humanitarian problems in a country already struggling with its own deep economic crisis.

The four easterners, which have also strongly opposed the German proposal for distributing refugees around the EU, have been backpedalling and increasingly seek to portray their proposal as another leg of EU’s strategy, not an alternative to seeking progress with Turkey.