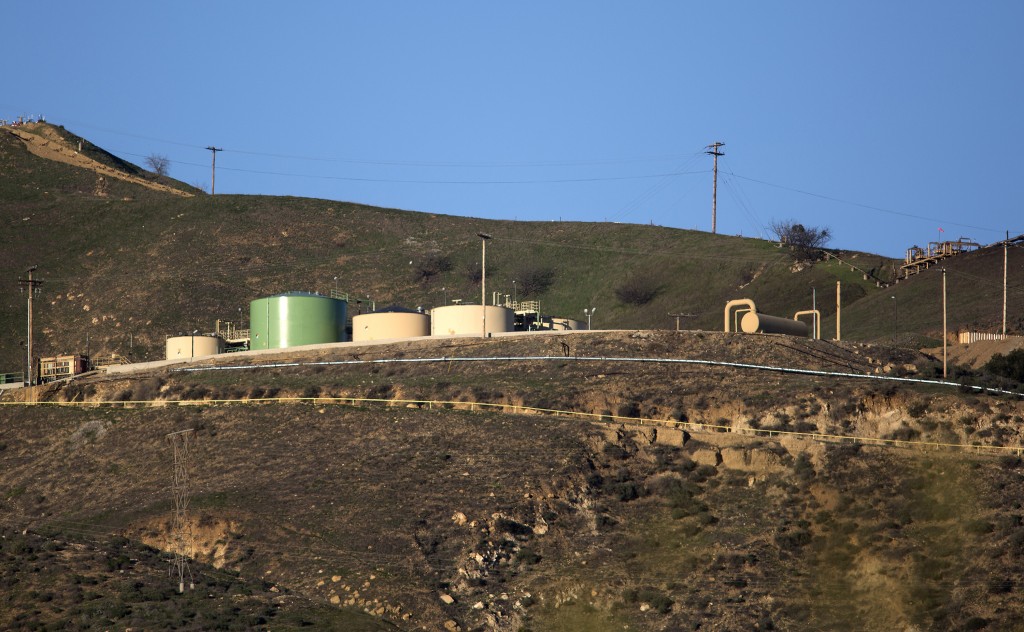 California officials on Thursday announced that the leaking natural-gas well in Porter Ranch that spewed plumes of methane and other compounds into the atmosphere has been sealed.

“We have good news: The Division of Oil and Gas has confirmed that the leak in the Aliso Canyon storage field is permanently sealed,” Jason Marshall, chief deputy director of the state Department of Conservation, said at a news conference at a Southern California Gas Co. office in Chatsworth.

The news put an end to four months of foul air that sickened many residents and forced thousands of residents of the San Fernando Valley community of Porter Ranch to relocate to temporary housing far from the leaking well. Crews reached the leak last week and injected heavy fluids and then cement to seal it.

Dennis Arriola, president and chief executive of Southern California Gas, said the company would develop a plan to mitigate the damage the leaking well did to the environment and will support “forward-looking” regulations.

“To the residents of Porter Ranch and the surrounding communities, I want to tell you I recognize the disruption that this gas leak has caused to your lives,” Arriola said. “I know there is nothing that I can say that will change the past, but I know that measurable actions actually speak louder than words.”

The company said in a statement that the leaking well had been taken out of service. A local assistance center that will help residents and businesses recover from the leak will open Friday morning at the Mason Recreation Center in Chatsworth.

Residents who moved out of their homes were notified by phone, text and email Thursday morning that they have eight days to vacate their temporary housing that the gas company has been paying for. By early Thursday, residents of 1,800 households had returned to their homes, said Gillian Wright, vice president of customer service for the utility.

An estimated 4,000 reimbursement checks were to be issued Thursday to residents who incurred expenses related to the gas leak, she said.

The gas company will be required to do a full inspection and testing of the other wells at Aliso Canyon before injections can resume. State authorities will continue to look into the cause of the leak, which was first reported Oct. 23.

“We will investigate what happened,” Marshall said at the news conference.

One health official said Thursday that he believes it is safe for Porter Ranch residents to return to their homes.

Jeffrey Gunzenhauser, interim health officer for the Los Angeles County Health Department, said that if residents come home and don’t smell any odors and don’t have any symptoms, it is safe to stay in their homes.

The South Coast Air Quality Management District and the California Air Resources Board will continue to monitor the air in the coming weeks, looking at the levels of methane, mercaptans, benzene and hydrogen sulfide.

“My conclusion is that all the levels that we’ve looked at are below health levels of concern, so we do not anticipate that there will be any long-term health effects in the community,” Gunzenhauser said.

As residents return home in the days and weeks ahead, attention will turn to the full scope of the damage done to the San Fernando Valley community of 30,000 people. Chief among their concerns are the effects that the worst natural-gas leak in U.S. history will have on property values and residents’ long-term health — despite assurance from public officials that the noxious fumes posed no permanent health risks.