World U.S. Wants NATO to Step Up Fight Against IS
World 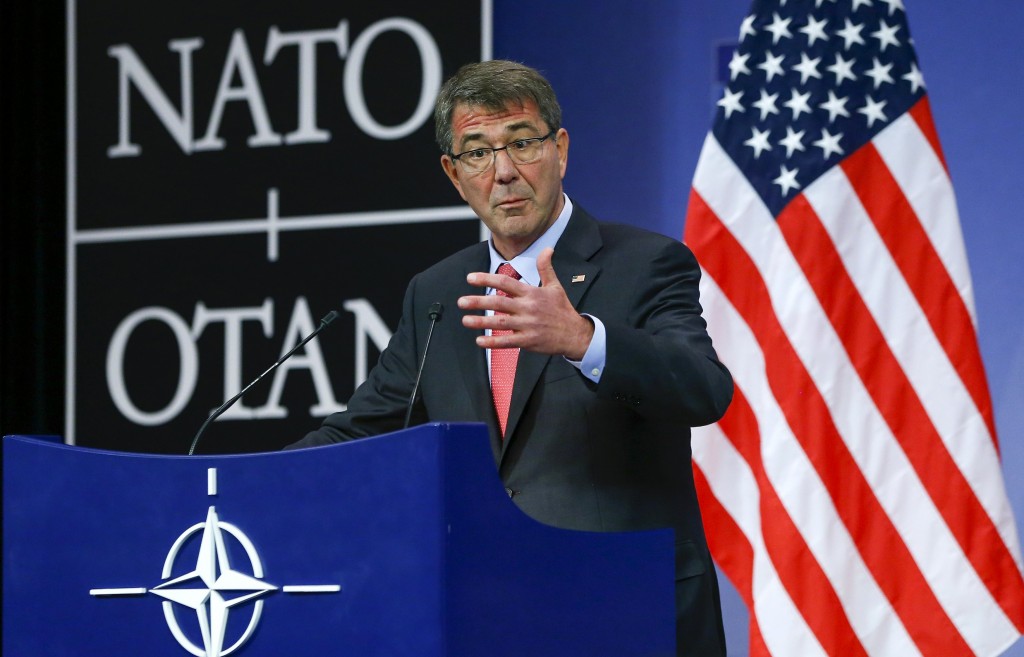 The United States is pressing NATO to play a bigger role against the Islamic State terror group in Syria and Iraq, putting Washington at odds with Germany and France which fear the strategy would risk confrontation with the alliance’s old Cold War foe Russia.

All 28 NATO allies are already part of a 66-nation anti-Islamic State coalition, so the United States is looking to NATO as an institution to bring equipment, training and the expertise it gained leading a coalition in Afghanistan.

“It is worth exploring how NATO, as NATO, could make an appropriate contribution, leveraging for example its unique capabilities, such as force generation,” U.S. Secretary of Defense Ash Carter said after meeting allies at NATO headquarters in Brussels last week and referring to NATO’s know-how in drumming up troops, planes and ships from allies.

Seeking to recapture the Islamic State strongholds of Raqqa in Syria and Mosul in Iraq, Washington wants a bigger European response to the chaos and failing states near Europe’s borders.

Carter’s call for NATO’s help came as defense ministers from the anti-Islamic State coalition met last week at NATO headquarters in Brussels for the first time, albeit with NATO insignia removed from the walls.

Despite support from Britain, the U.S. push has not been received well by France and Germany.

Given Russia’s concerns over NATO expansion in Eastern Europe, Paris and Berlin are worried that deeper NATO involvement in Syria could be taken by Moscow as an indication that the alliance is seeking to extend its influence.

Notwithstanding an agreement between Russia and the United States to avoid accidental military air incidents, France and Germany worry that Russia’s targeting of opposition groups other than Islamic State increases the risks.

“NATO and Russia would not be fighting a common enemy,” a NATO diplomat said.

Carter has sought to distinguish between Syria’s civil war and the fight against Islamic State, saying the campaign against the terrorist group will go on regardless, and has pushed allies to accelerate their efforts.

In that vein, Washington tested waters by making a request for NATO to provide its surveillance AWACS aircraft to the anti-Islamic State coalition fighting terrorists in Syria.

Germany pushed back on the AWACS request. That has forced a compromise by which NATO will send the planes to allied countries so as to free up allies to send more of their own equipment to fight Islamic State in Syria, diplomats said.

France also sought assurances that the AWACS request did not mean NATO as an institution was being involved more deeply in the anti-Islamic State coalition.

Still, NATO Supreme Allied Commander General Philip Breedlove said that planning for a bigger alliance role was “a natural shift … a natural evolvement of the thinking.”

“All our nations are under greater pressure, so this is just beginning. There is no detail but there are lots of opportunities that are being considered,” he said.

NATO involvement in Syria could help answer critics who say the alliance has watched passively as Russia has widened its role there. It could also address concerns expressed by southern European allies, such as Spain, Italy and Portugal, that NATO does not have a strategy to address risks on the Mediterranean, the entry point for huge numbers of people fleeing conflict in the Middle East.

British Defense Secretary Michael Fallon said NATO might not yet be ready to move ahead along the lines suggested by Washington, “but the very fact that we brought together 45 members of the anti-IS coalition, inside NATO headquarters, shows you that we want to see a stronger governance of the coalition.

“We want to be able to measure the progress of the campaign and to review it more regularly,” Fallon told Reuters.

For the moment, discussions on various options include more NATO training of Iraqi troops and police, as well as strengthening government departments in areas taken back from Islamic State, according a U.S. defense official.

The United States has made clear it does not see a role for Western combat troops. “Territory retaken from ISIL (Islamic State) has to be occupied and governed by people who are from the area and want to live there,” Carter said.