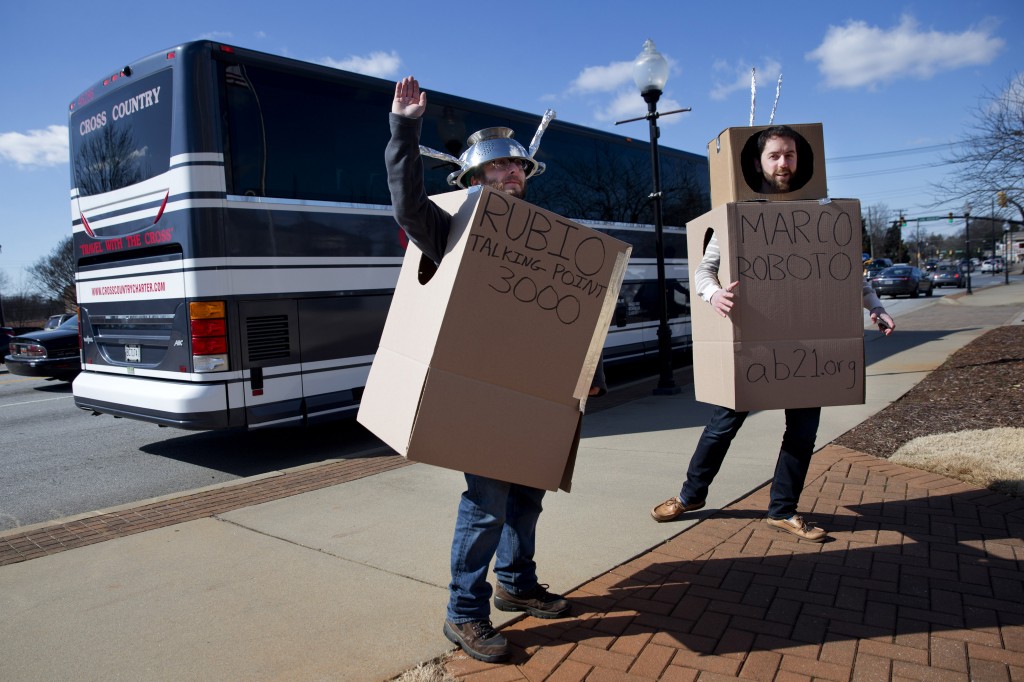 A person close to the Republican governor with direct knowledge of her decision told The Associated Press she will endorse Rubio at his event Wednesday night in Lexington County. The person was not authorized to publicly discuss the endorsement ahead of the event and spoke on condition of anonymity.

Speculation that Haley, the state’s first female and first minority governor, could be a potential GOP running mate increased after she gave the Republican response to President Barack Obama’s State of the Union address last month.

Haley is the South Carolina-born daughter of Indian immigrants and, at 44, the nation’s youngest governor.

She said just Tuesday that, despite the “nonstop” phone calls seeking her backing, she was still trying to decide and may not endorse this cycle. She did, however, cite the qualifications she wanted in a presidential candidate.

“I’m looking for someone that’s going to, first of all, keep our country safe — that’s the one thing we feel — but also from a governor’s standpoint, who’s the one who understands the problems states are facing?” Haley told reporters Tuesday. “I want a fighter at the end of the day — someone who’s going to hold Republicans accountable — and I want someone who’s really going to make a difference, not just for our party, but for everyone they represent.”

Lt. Gov. Henry McMaster, a Haley ally, has endorsed Donald Trump, but Haley has been critical of the New York billionaire for the past month. On Tuesday, Haley said Trump represents “everything a governor doesn’t want in a president.”

Romney had backed Haley’s first run for governor in 2010, when she was still the longshot candidate in a four-way GOP primary.

Jeb Bush supported both of her gubernatorial contests.

The former Florida governor campaigned with Haley a month before she easily won a second term in 2014. At the time, Haley thanked Bush for helping her win the job in 2010, his assistance in putting together a transition team ahead of taking office, and his advice since.