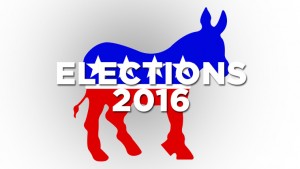 Nevada was supposed to be one of Hillary Clinton’s safest bets.

She already had staff on the ground last spring, weeks before officially announcing her presidential bid. One of her earliest campaign stops was an emotional meeting with immigrant students at a Las Vegas high school. And as recently as last month, her campaign manager was telling supporters she had a 25-point lead in the state.

Rival Bernie Sanders, who didn’t set up shop in Nevada until months after Clinton’s staffers were there, is barnstorming the state, drawing thousands to rallies where they’re cheering his promises to fight income equality and crack down on big banks. It’s a compelling message in a state that’s still struggling to rebound after years of double-digit unemployment.

“It is clear to me when mom is out working, dad is out working and the kids are out working, wages in America are too low,” Sanders told 1,700 supporters packed into a Las Vegas high school gymnasium on Sunday. “It is not a radical socialist idea to say that when someone is working 40 hours a week that person should not be living in poverty.”

His team is trying to turn the contest into a test of one of Clinton’s major arguments: That her ability to woo the diverse voters who make up the Democratic Party — and the country — leaves her the most electable candidate for a general election. Nevada is likely to be a general election battleground, giving it continued importance.

A victory on Saturday — or even a narrow loss to Clinton— would give Sanders’ campaign a boost heading into the more racially diverse contests of South Carolina and the Southern states that vote just days later on Super Tuesday.

“If Bernie logs a win in Nevada it becomes a different conversation about his creditability as a nominee and Hillary’s credibility as a campaigner,” said Andres Ramirez, a veteran Democratic operative in the state, who’s backing Clinton. “We change the conversation dramatically.”

Clinton’s team tried to attribute Sanders’ early win in New Hampshire and razor-thin loss in Iowa to his strength with white liberals. Now, they find themselves also downplaying expectations in Nevada, a state where minorities make up nearly half of the population. Eight years ago, one-third of Democratic caucus-goers were minority voters.

This time, her team vowed not to repeat previous mistakes. They worked on the kind of intense organizing typically necessary for caucus wins. And they made a concentrated push to expand her edge among Latino voters, who had favored her in 2008.

But Sanders’ appeal among first-time voters has complicated that calculus, given that Nevada’s caucuses allow same-day registration.

“As soon as people become aware about Bernie,” they’re attracted to his policies, said 17-year-old Cynthia Salgado. “It sounds great, especially for the Latino community in Vegas,” said Salgado, who switched from a Clinton supporter to a Sanders campaign volunteer after watching a video about the Vermont senator.

Sanders has also made a major push on media in the state, investing about $3.8 million on paid media to Clinton’s $3.3 million, according to advertising tracker Kantar Media’s CMAG.

The campaigns have been trying to match each other’s every overture toward minority communities.

Clinton crammed last weekend’s schedule with a sandwich run in Chinatown and a roundtable discussion with young immigrants and their families. Sanders, meanwhile, stopped off for a pickup game of soccer and calls for homemade tamales for volunteers.

Clinton placed one of her seven Nevada offices in the heavily Hispanic East Las Vegas neighborhood, while Sanders added one of his twelve not far away. On Sunday, the two candidates found themselves sitting in the same front-row pew for dueling addresses at an African-American church.

Sanders got applause for a speech condemning mass incarceration and police shootings. Clinton, who received an introduction by civil rights icon Rep. John Lewis, peppered her speech with praise for Obama.

“A few African-Americans may be swayed by Bernie because he says so many things about the prison system,” said 38-year-old David Carnell, an African-American Clinton supporter. “But in the end, black people remember what she did and what she’s stood for years ago. I don’t think that’s going to change.”