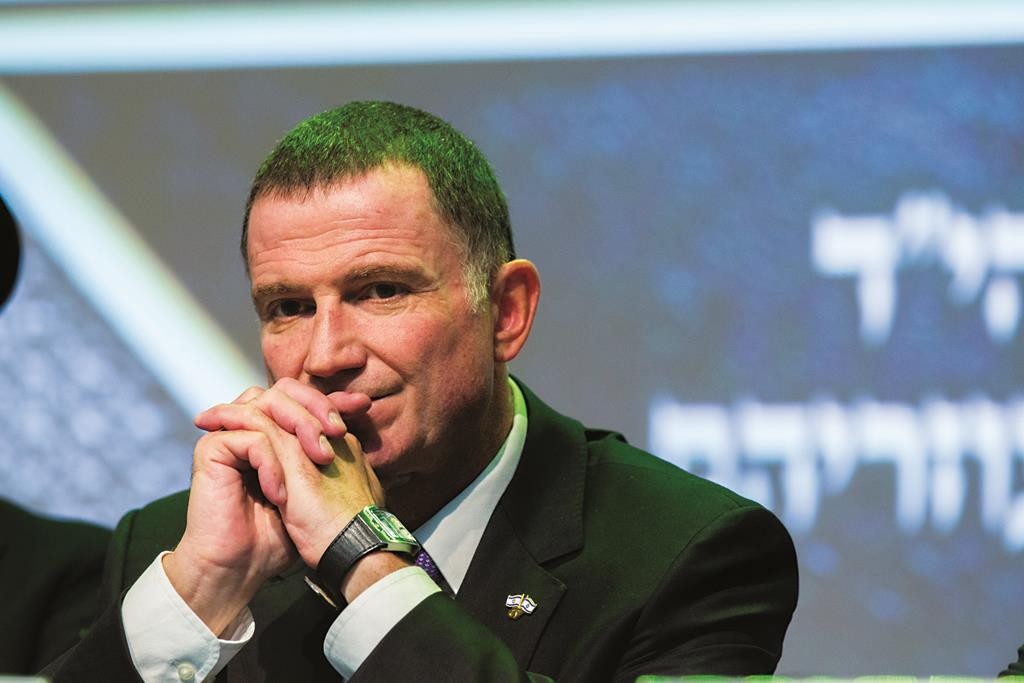 A day after Knesset Law and Constitution Committee Chairman Nissan Slomiansky (Jewish Home) postponed a discussion on a bill to expel MKs who meet with terrorists because of a perceived lack of support in the coalition, the meeting is back on, and will take place early next week, government officials told Israel Radio Wednesday. It turns out, the report said, that Knesset Speaker Yuli Edelstein (Likud), who was thought to be opposed to the bill, is actually in favor of it.

In an interview with Israel Radio, Edelstein clarified his position: “What I said on Sunday was that there is no law to ban MKs, and if there was I would not support it. However, there is no question that I would support a bill that would expel MKs, after due process, if they supported terrorism.”

Also Wednesday, MKs from Kulanu, who had been thought to be opposed as well, said that they, too, actually support the bill. With the votes of all 61 coalition MKs, plus the support of Yisrael Beytenu, the bill is seen as passing easily.

Under the bill, proposed by Prime Minister Binyamin Netanyahu, MKs could sign a petition for the suspension of a fellow Knesset member, if he violated the rules that were set in the Basic Law relating to Knesset members, namely that he not do anything to harm the sovereignty of the state. After a petition is signed by 61 MKs, it would have to be approved by three quarters of the Knesset Control Committee. An MK could not be banned unless 90 of their fellows voted him out. The bill also provides for an appeal process, both within the Knesset and at the High Court.

On Tuesday, Slomiansky said that he was canceling the committee discussion to advance the bill because it was not supported by all members of the coalition. “There is no point for the government to move forward on this if it does not have at least 61 MKs supporting it, and I understand that several coalition MKs have said that they do not support the bill. This is something that can wait for the Prime Minister to return from abroad.” Netanyahu returned from Germany Tuesday night, and reportedly discussed the matter with Edelstein and the Kulanu MKs.

Netanyahu proposed the law several weeks ago, after Arab MKs Hanin Zoabi, Jamal Zahalka, and Bassal Ghatam met in Ramallah with families of terrorists from Arab neighborhoods of Yerushalayim. The three met with the families of eleven terrorists just a few hours before the murder of Hadar Cohen, Hy”d, who was killed in a terror attack at the Damascus Gate in Yerushalayim on Feb. 3. At the beginning of the meeting, the three held a “moment of silence” for the “memory of the martyrs,” aka the terrorists who were killed by Israeli security officials in the course of their terror attacks.

Introducing the bill to the cabinet, Netanyahu said that “many Israelis feel that these Knesset members do not represent them. We invest a great deal in encouraging Israeli Arabs to be a part of Israeli society, but these MKs do the opposite – they build walls of hatred. I wonder what would happen in the British Parliament or the U.S. Congress if members had stood in silence for those who murdered Britons or Americans. I imagine there would be a great outcry, and justifiably so.”