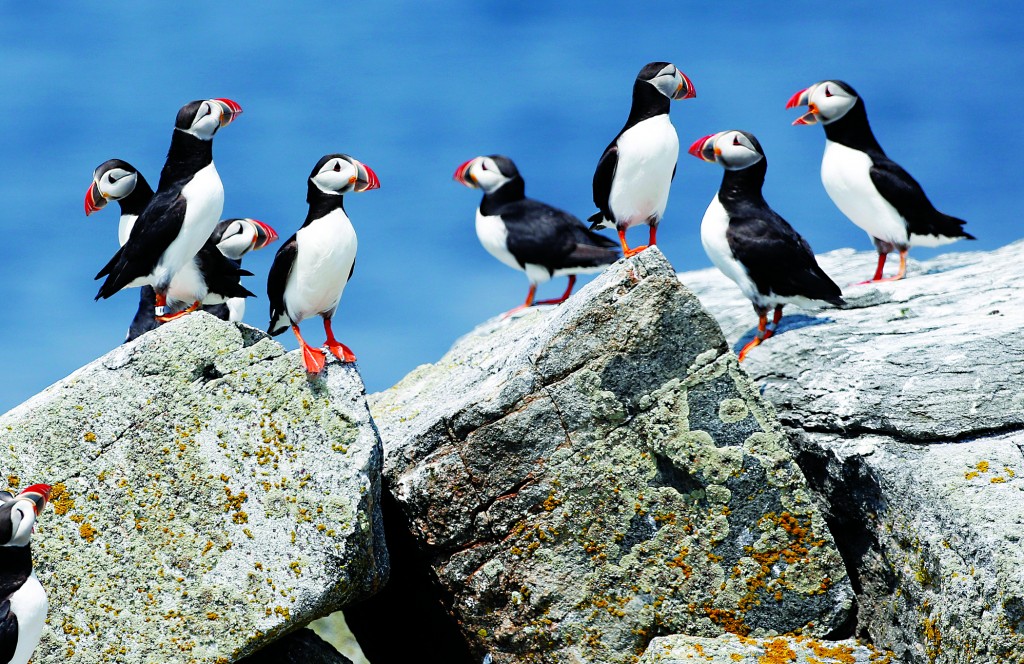 Researchers say they’ve found an answer to the long-standing question of where Maine’s Atlantic puffins spend the winter: in far off New Jersey and New York.

Puffins are the colorful seabirds of the auk family that are graceful in the water and awkward on land and air. The birds spend spring and summer in coastal areas before heading out to open ocean waters in the autumn and winter.

The National Audubon Society has described the exact winter locations of Maine’s puffins as “long a mystery” to scientists. But the organization said Tuesday that locators recovered from 19 puffins in recent years show the birds spent a chunk of the winter several states away from Maine.

Audubon said it’s an important discovery because puffins are a threatened species and data about their movements are needed to inform conservation efforts.

Atlantic puffins have a large total population estimated at more than 10 million, but the International Union for Conservation of Nature says that population is declining.