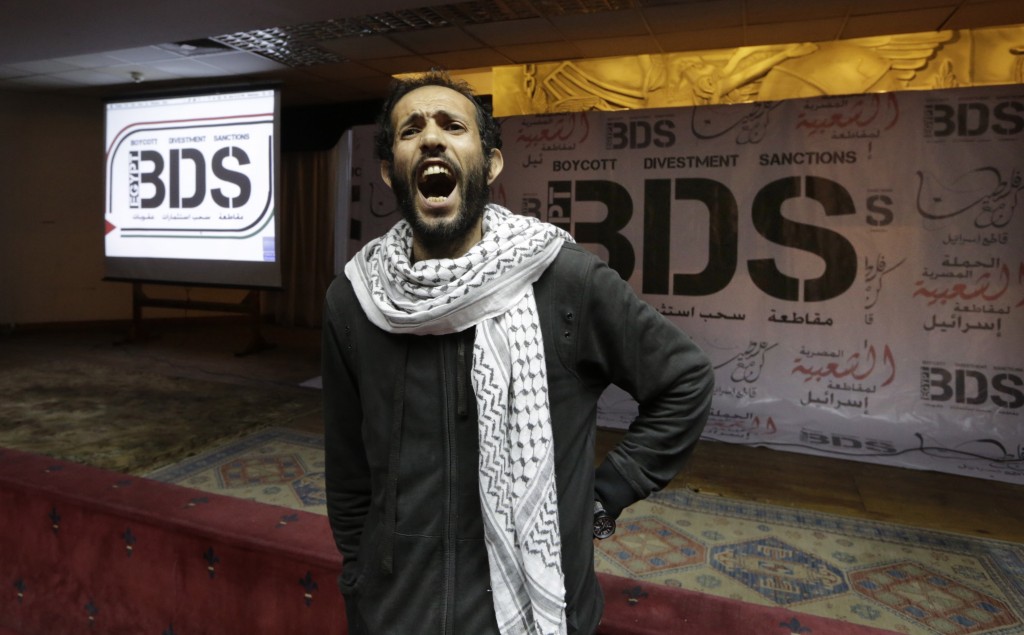 Israel is using its world-leading expertise in cybersecurity to take on the growing threat of the global pro-Palestinian movement to boycott Israel.

The Israeli government recently allotted nearly $26 million in this year’s budget to combat what it sees as worldwide efforts to “delegitimize” the state’s right to exist. Some of the funds are earmarked for Israeli tech companies, many of them headed by former military intelligence officers, for digital initiatives aimed at gathering intelligence on activist groups and countering their efforts.

“I want to create a community of fighters,” said Sima Vaknin-Gil, the director general of Israel’s Ministry for Strategic Affairs and Public Diplomacy, to Israeli tech developers at a forum last month dedicated to the topic.

Initiatives are largely being kept covert. Participants at the invitation-only forum, held on the sidelines of a cybertechnology conference, repeatedly stood up to remind people that journalists were in the room.

Among the government officials involved in the efforts are some of Israel’s top secret-keepers, including Sima Shine, a former top official in the Mossad spy agency, and Vaknin-Gil, who recently retired as the chief military censor responsible for gag orders on state secrets.

Israel has established itself as a world leader in cybertechnology innovation, fueled by graduates of prestigious and secretive military and security intelligence units.

Each year, these units churn out a talent pool of Israelis who translate their skills to the corporate world. Now Israel is looking to harness their technological prowess for the fight to protect Israel’s international image.

Vaknin-Gil said her ministry is encouraging initiatives to expose the funding and curb the activities of anti-Israel activists, as well as campaigns to “flood the internet” with content that puts a positive face on Israel. She said that some of these actions will not be publicly identified with the government, but that the ministry will not fund unethical or illegal digital initiatives.

Established about 10 years ago, the pro-Palestinian BDS campaign is a coalition of organizations that advocate boycotts, divestment and sanctions against Israel.

The movement has grown into a global network of thousands of volunteers. They lobby corporations, artists and academic institutions to sever ties with Israel.

The movement has made inroads. The BDS movement also claims responsibility for pressuring some large companies to stop or modify operations in Israel.

Israel says the movement is rooted in anti-Semitism and seeks not to change Israeli policies, but ultimately to put an end to the state.

Many online activists driving anti-Israeli campaigns on social media are tech-savvy, second- and third-generation Muslims in Europe and the U.S. who have grievances against the West and also lead online campaigns against European and U.S. governments, said Elad Ratson, who tracks the issue for Israel’s Foreign Ministry and spoke at last month’s cybersecurity forum.

He said they often create code that allows activists to blast thousands of messages from social media accounts — creating the illusion that many protesters are sharing the same anti-Israel or anti-West message online.