World Spring Could Bring a Fresh Surge of Refugees, But Europe Isn’t Ready for Them
World 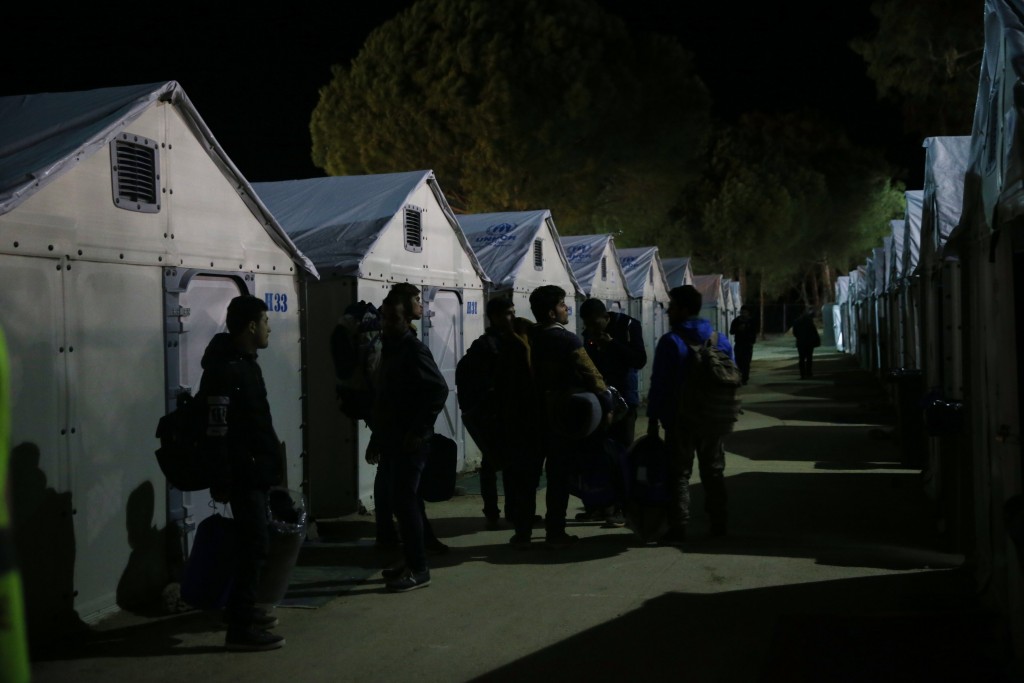 After an unparalleled tide of asylum-seekers washed onto European shores last summer and fall, the continent’s leaders vowed to use the relative calm of winter to bring order to a process marked by chaos.

But with only weeks to go before more favorable spring currents are expected to trigger a fresh surge of arrivals, the continent is no better prepared. And in critical respects, it is even worse.

Ideas that were touted as answers to the crisis last year have either failed or remain stuck in limbo. Continental unity lies in tatters, with countries striking out to forge their own solutions — often involving a razor-wire fence. And even the nations that have been the most welcoming toward refugees say they are desperately close to their breaking point, or are already well past it.

The result, analysts say, is a continent fundamentally unequipped to handle the predictable resurgence of a crisis that is greater than any Europe has faced in its post-Cold War history.

“It’s a very dangerous situation,” said Kris Pollet, senior policy officer at the European Council on Refugees and Exiles. “Anything can happen.”

On Thursday, European leaders will have one last opportunity to reckon with the crisis before the pace of new arrivals inevitably begins to climb again in the spring. But few have any expectations that this week’s summit will succeed where countless others before it have failed.

“Europe can deal with this if it wants to. But there needs to be a political breakthrough. And I’m not optimistic,” Pollet said.

Without one, he said, “it’s going to be chaos. That’s clear.”

The scale of disorder and political disruption could be even greater than what Europe faced in 2015.

The numbers themselves are already of an entirely new magnitude: Although arrivals are down from the height of the crisis last fall, the number of people who crossed the sea to reach Europe in the first six weeks of the year — around 75,000 — is 25 times higher than it was during the same period last year. More than 400 have drowned along the way.

On the Greek islands, the most common European landing spot for people fleeing war and oppression in the Middle East, South Asia and North Africa, thousands have arrived even on days when the rough winter seas were churned by gale-force winds.

But once the asylum-seekers have landed in Europe, the continent still has no coherent system for managing the flows. Just three out of an intended 11 “hot spots” — locations in Italy and Greece where those deemed likely to receive asylum will be separated from those expected to be denied — were up and running at the start of the week. A quota system that was intended to evenly distribute 160,000 refugees across the continent has similarly foundered: Fewer than 500 people have taken part. Countries in eastern and central Europe, meanwhile, have boycotted the program.

With countries improvising their own responses to the mass migration, the most basic tenet of Europe’s post-Cold War identity — that national leaders should act collaboratively to reach continent-wide solutions to common problems — is being called into question as never before.

At most immediate risk is Europe’s decades-old system for borderless travel, the Schengen zone. European leaders have warned that it could come crashing down within months, and it has already been riddled by an array of new fences, military patrols and ID checks where once there was free movement.

Greece could be the first casualty of Schengen’s decline, with the rest of the European Union threatening to kick the cash-starved nation out of the free-movement club unless authorities in Athens can get better control of the nation’s sea border with Turkey. Last week, the EU gave Greece a three-month deadline to do just that.

But some don’t want to wait that long. Eastern European countries including Poland and Hungary are attempting to form an anti-refugee front ahead of this week’s Brussels summit, seeking to combine forces on a plan that would effectively trap refugees in Greece and allow them to travel no further into Europe.

Hungarian Prime Minister Viktor Orban, who on Monday called Europe “defenseless and weak” in stopping what he regards as an Islamic invasion, has called for the construction of razor-wire fences along Greece’s northern borders with Bulgaria and Macedonia.

Such a barrier is already going up on the Greek-Macedonian frontier, a major transit point for those heading further north. Even governments regarded as reasonably pro-refugee say that border will soon need to be sealed.

On a visit to the Macedonian capital on Friday, Austrian Foreign Minister Sebastian Kurz said that his country is rapidly nearing the limit it has set for asylum-seekers this year — less than half the total of last year — and that Macedonia should be ready to “completely stop” the flow of migrants in the coming months.

On Tuesday, Austria announced a bold new plan to limit new arrivals, part of what is now being called a “domino effect” of measures from Greece through the Balkans and into Western Europe meant to deter migrant flows. In a news conference, Austrian Interior Minister Johanna Mikl-Leitner was preparing to set up 12 new checkpoints along its southern border and impose a daily, perhaps even hourly, quota on migrant flows. Austria will also follow Sweden in denying entry to anyone without a valid travel document.

“If fences are necessary, additional fences will be built as well,” Mikl-Leitner said.

Those comments only add to the pressure on German Chancellor Angela Merkel, whose nation has taken more asylum-seekers than any other in Europe but who faces growing demands to live up to her pledge to dramatically reduce the flows.

She heads to Brussels this week with an urgent need to break the political gridlock. One possibility would be to form what some are calling a new “coalition of the willing” — or a list of nations, likely in northern Europe, willing to take in asylum seekers who qualify for resettlement directly from Greece and Turkey.

She is also putting stock in a new NATO effort to combat people-smugglers in the Aegean Sea, while pushing Greece to more rapidly ramp up its hot spots for registering and processing asylum seekers. Meanwhile, she is continuing to press Turkish leaders to live up to their end of a bargain in which the EU agreed to pay Ankara 3 billion euros in exchange for Turkish cooperation in cracking down on smuggler networks.

But with arrivals already far outpacing the same period last year, Germans are running out of patience with Merkel. At home, she faces a falling approval rating and a conservative backlash against her steadfast refusal to close Germany’s borders, even after taking in more than one million people last year.

The refugee crisis “is a Gordian knot Merkel has to cut. But she tied her political future to it and there’s no way back for her,” said David Kipp, an associate at the German Institute for International and Security Affairs.

If Merkel fails in her attempts to cajole European leaders into cooperating, refugee advocates say there could be grave consequences — not only for the continent, but also for the millions of people seeking an escape from the wars that have consumed Syria, Iraq, Afghanistan and other conflict zones.

“Our fear is that there will be a domino effect where countries say ‘We’ve had enough,’” said William Spindler, a spokesman for the U.N.’s refugee agency, UNHCR. “Refugee flows are a reality. As long as you have conflict, you will have people fleeing for their lives.”

And at the moment, more people are doing so globally than at any time since World War II — some 60 million. The number trying to enter Europe is a relatively small fraction.

Heaven Crawley, who chairs the study of international migration at Britain’s Coventry University, said Europe should be able to handle the number of people reaching its shores. Syria’s neighbors, she noted, have coped with much higher proportional totals.

But, she said, the continent has been plagued by internal division, as well as a focus on keeping people out — rather than honestly reckoning with what should happen once refugees arrive.

“It’s a crisis of Europe’s own making,” she said. “If Lebanon and Jordan can manage it, why can’t the richest region in the world? It’s politics.”

Faiola reported from Berlin. The Washington Post’s Karla Adam in London and Stephanie Kirchner in Berlin contributed to this report.