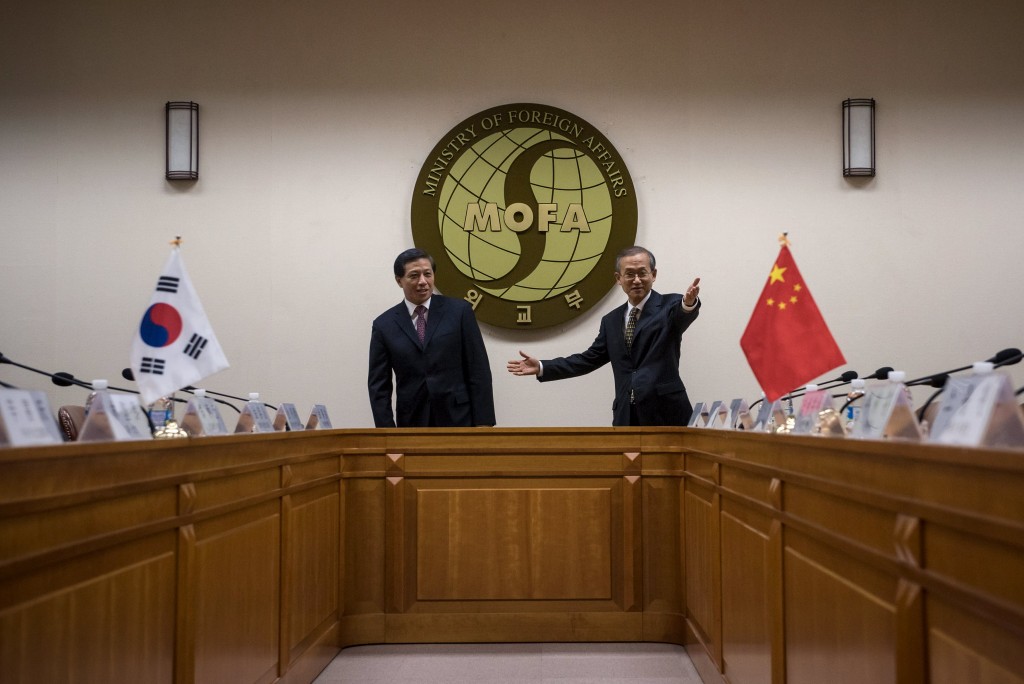 President Park Geun-hye, in a nationally broadcast parliamentary address defending her decision to shut down a jointly run factory park in North Korea, said South Korea will take unspecified “stronger and more effective” measures to make North Korea realize its nuclear ambitions will result only in speeding up of its “regime collapse.”

Park shut the facility in response to the North’s recent long-range rocket test, which Seoul and Washington see as a test of banned ballistic missile technology. North Korea last month also conducted a fourth nuclear test. Both developments put the country further along in its quest for a nuclear armed missile that could reach the U.S. mainland.

Without elaborating, Park said the North has diverted much of the Seoul payments to North Korean workers at the factory park to the Pyongyang leadership, which is in charge of nuclear and missile development. She also said the South has sent more than $3 billion in government and civilian aid to the North since mid-1990s.

Much of the aid was given when South Korea was governed by back-to-back liberal governments seeking rapprochement with North Korea from 1998 to 2003, according to her office. Park said South Korea must not provide few-strings-attached, large-scale aid to North Korea “like in the past.”

She called for support for her government amid a divide in South Korea about its tough response to North Korea. “Aiming the point of a sword back at us and splitting us up are things that must not take place,” she said.

Following Pyongyang’s rocket launch, Seoul announced it will begin talks with Washington on deploying a sophisticated U.S. missile defense system in South Korea and that the allies’ upcoming springtime military drills will be the biggest ever. The United States plans to send four F-22 stealth fighter jets to South Korea on Wednesday in a show of force against North Korea, according to Seoul media reports.

The deployment of the Terminal High-Altitude Area Defense, or THAAD, is drawing opposition not only from North Korea but also China and Russia. Critics say the system could help U.S. radar spot missiles in other countries.

It is unusual for a top South Korean official to publicly touch upon such a government collapse in North Korea because of worries about how sensitive North Korea is to talk of its authoritarian government losing power. Pyongyang has long accused Washington and Seoul of agitating for its collapse.

Park’s comments are certain to anger North Korea as they were made as the country marks the birthday of late dictator Kim Jong Il, the father of Kim Jong Un.

Seoul officials said North Korea was able to divert the Kaesong payments because the workers there were not paid directly. Instead, U.S. dollars were paid to the North Korean government, which siphoned off most of the money and paid only what it wanted to the employees in North Korean currency and store vouchers, according to a statement from Seoul’s’ Unification Ministry on Sunday.

The ministry did not detail how it arrived at that conclusion. North Korea has previously dismissed such views.

In response to Seoul’s Kaesong shutdown decision, Pyongyang last week expelled all the South Korean workers from the factory park, put its military in charge of the area, and cut off key communication hotlines between the Koreas.