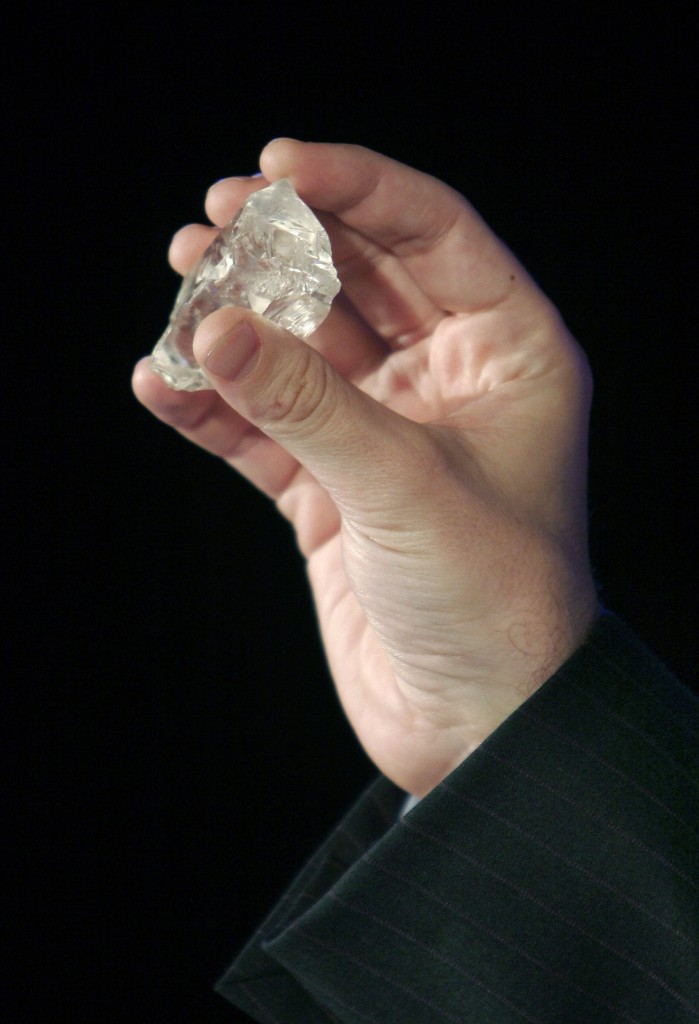 An Australian mining company says it has unearthed a massive 404-carat diamond measuring more than 7 centimeters (2.7 inches) in length in the southern African nation of Angola.

The Perth-based Lucapa Diamond Co. said in a statement that the gem is the largest diamond ever discovered in Angola.

The largest diamond ever unearthed was the 3,106-carat Cullinan diamond, which was discovered in South Africa in 1905. The gem was cut into smaller pieces that are part of the crown jewels.