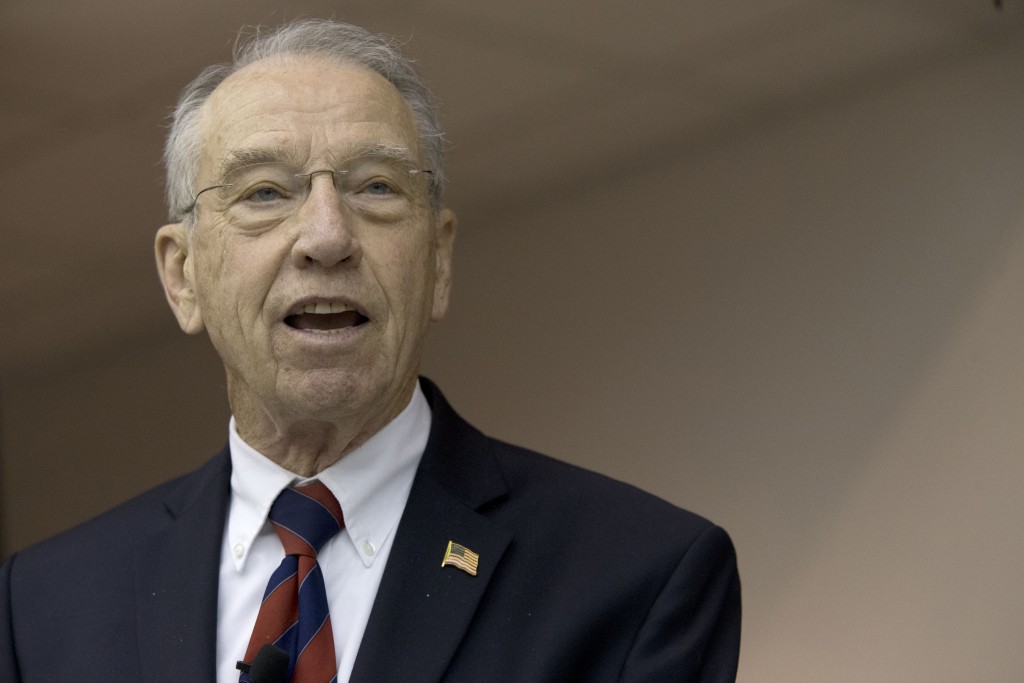 The chairman of the Senate Judiciary Committee is leaving open the possibility of holding a hearing for President Barack Obama’s choice to fill a Supreme Court vacancy, amid signs of uncertainty about how Republicans would treat a nominee to replace the late Antonin Scalia.

Sen. Charles Grassley, R-Iowa, said he backs Majority Leader Mitch McConnell’s view that Obama’s successor should make the nomination of a lifetime appointment. But Grassley didn’t rule out holding confirmation hearings and a vote by his panel on an Obama selection.

“I would wait until the nominee is made before I would make any decision,” Grassley said Tuesday in a conference call with Iowa radio reporters. “In other words, take it a step at a time.”

Asked if he thought the controversy over filling the court vacancy might endanger his re-election chances this fall, Grassley said, “I think I have a responsibility to perform and I can’t worry about the election. I’ve got to do my job as a senator, whatever it is. And there will be a lot of tough votes between now and the next election.”

The battle lines were set almost immediately in the hours after Scalia’s death on Saturday. Senate Republicans, led by McConnell and including vulnerable GOP senators up for re-election this year, said Election Day in November will give voters a say in who replaces Scalia.

Senate Democrats countered that Obama is president until Jan. 20, 2017, and has every constitutional right to make the selection and the Senate should do its job and consider the choice.

Obama has said he will nominate a replacement in due time. His Democratic allies made it clear that denying the president that right would be an unprecedented step and argued it would enshrine the GOP as “the most nakedly partisan, obstructionist and irresponsible majority in history.”

“By ignoring its constitutional mandate, the Senate would sabotage the highest court in the United States and aim a procedural missile at the foundation of our system of checks and balances,” Senate Minority Leader Harry Reid, D-Nev., said in a scathing op-ed in Tuesday’s Washington Post.

The No. 3 Democrat in the Senate, Chuck Schumer of New York, said Tuesday that he expects Obama to select a consensus candidate who could get bipartisan support.

Sen. Thom Tillis, R-N.C., a member of the Judiciary Committee, cautioned Republicans Tuesday against flatly ruling out any Obama nominee because of the possibility that the president will select someone who matches Scalia’s conservative views.

Tillis said if Obama picks a candidate who embraces the president’s views, “then we’ll use every device available to block that nomination, wait till the American people voice their vote in November and then move forward with the nomination after the election, and most likely with the next president.”

Republican Sens. Rob Portman of Ohio, Ron Johnson of Wisconsin and New Hampshire’s Kelly Ayotte — vulnerable incumbents — echoed McConnell, stressing the decision rests with the next president, especially since whoever is chosen could decide the tilt of the court for generations.

Sen. Ted Cruz, the Texan who has practiced before the high court and is seeking the Republican presidential nomination, has vowed to filibuster any nominee. Republican Sen. Pat Toomey of Pennsylvania said Obama has the authority to nominate, “but let’s be clear — his nominee will be rejected by the Senate.”