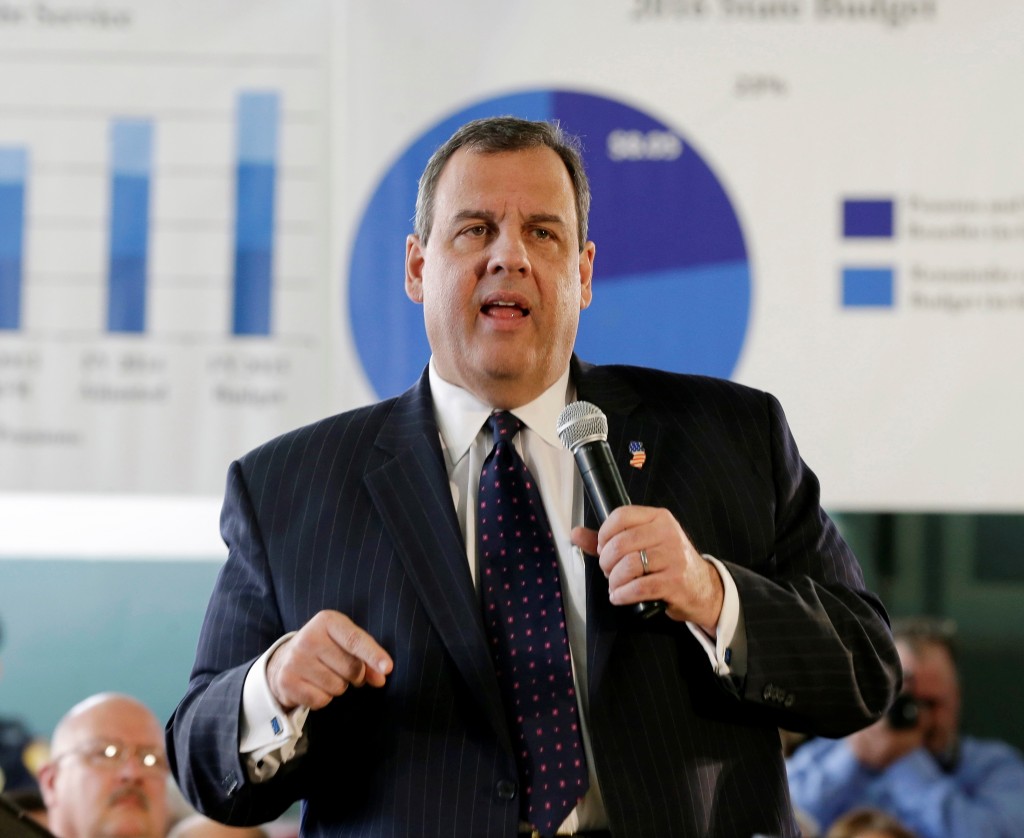 Gov. Chris Christie is set to unveil his seventh budget as New Jersey’s governor, turning his focus back on the state less than a week after he ended his presidential bid.

Among the topics legislators expect him to address at the Statehouse on Tuesday is his plan to replenish the state’s transportation trust fund, which is on track to go broke by July.

Democrats say the state’s 14.5-cent gasoline tax will have to be hiked to pay for road and bridge work, though leaders have not unveiled a plan to do so. Christie rejected the idea while campaigning unless raising the tax was offset with cuts elsewhere.

Christie linked his opposition to tax hikes to the state’s falling unemployment rate, indicating he would not support increases.

“New Jersey has had the strongest private-sector job growth in 15 years on my watch, we are not going to turn back that progress by raising taxes,” he said Tuesday on Twitter.

Christie is also considering his options for funding the state’s public pension system. He will try to sway Democrats who are pushing forward a proposal to amend the constitution to require quarterly pension payments. Christie dedicated a portion of his State of the State address last month to criticizing the plan, which Democrats hope to have on the November ballot.

Public unions say they were forced into supporting an amendment after Christie reneged on a 2011 law that proscribed specific yearly payments into the pension.

If Christie follows the plan he laid out last year, he will propose spending about $1.8 billion on the public pension. But he has also embraced the findings of a bipartisan commission he empaneled that called last year for changing the plans to 401(k)-style accounts from defined-benefit pensions. Democrats declined to pursue that path, and public unions have criticized it.

Christie could also address the estate tax, which he called for abolishing in January. New Jersey is one of only two states that exacts both an estate and inheritance tax. New Jersey’s exemption threshold at $675,000 is also the lowest in the country.

Christie has a strong position compared to the Democrat-led Legislature because the New Jersey governor has a line-item veto and can strip out changes that lawmakers might make to his budget.

For example, in the current $33.8 billion budget, Christie eliminated increased spending proposed by the Democrats for the pension and vetoed a tax increase on income over $1 million.