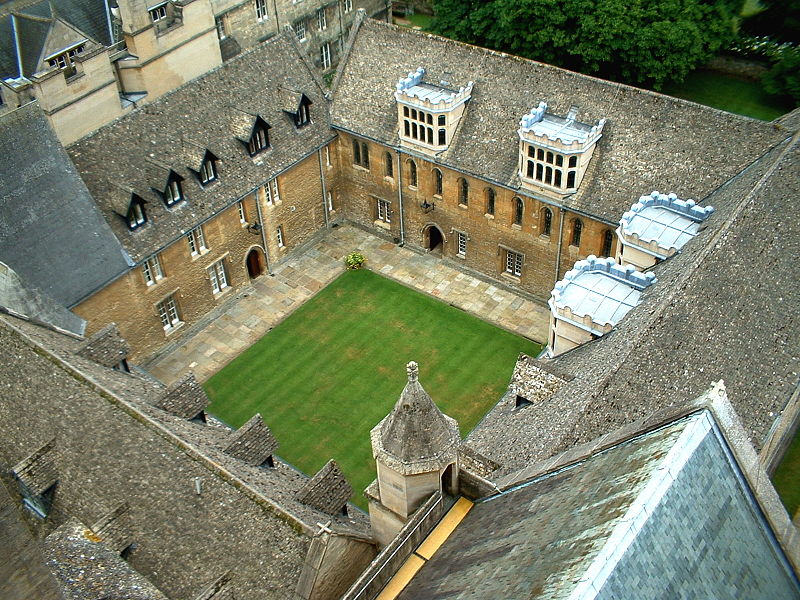 The co-chair of Oxford University’s Labour Club has resigned after the organization voted, by a narrow margin, to endorse Israel Apartheid Week.

Alex Chalmers, a second-year history student at Oriel College, Oxford, described IAW as “a movement with a history of targeting and harassing Jewish students and inviting anti-Semitic speakers to campuses” and said that he could “no longer in good conscience defend club policy.”

Writing on social media, Chalmers said that he felt that OULC was “becoming increasingly riven by factional splits, and despite its avowed commitment to liberation, the attitudes of certain members of the club towards certain disadvantaged groups was becoming poisonous.” He said that many of the members of OULC and the student left in Oxford “have some kind of problem with Jews” and gave examples of “members of the executive throwing around the term ‘Zio’ [a term for Jews usually confined to websites run by the Ku Klux Klan] with casual abandon, senior members of the club expressing their ‘solidarity’ with Hamas and explicitly defending their tactics of indiscriminately murdering civilians, or a former co-chair claiming that ‘most accusations of anti-Semitism are just the Zionists crying wolf.’”

Chalmers’ resignation triggered a great deal of interest — the OULC is the largest student Labour Club in the UK. Many of its members have gone on to hold positions in the national political arena. Former executive members include Ed Miliband, David Miliband, Tony Benn and Michael Foot.

Oxford University Jewish Society released a statement in which they said that they were “saddened” but “unsurprised” by this news.

The statement said: “It is not the first time that Oxford JSoc has had to deal with anti-Semitic incidents within the student left and it will not be the last. It is a significant and worrying issue and one that on many occasions, Jewish students have felt that they are fighting alone. We are grateful that Alex Chalmers has made the statement that he did and has brought the issue of anti-Semitism to the fore in a way that Jewish students have so far been denied.

“Many of Oxford’s Jewish students who hold progressive views have long felt excluded from left-wing political spaces. Jewish students who raised the issue of anti-Semitism at the OULC meeting were laughed at and mocked. It is high time that this issue is confronted. We hope Alex’s resignation triggers a broader awakening amongst student political movements, and that anti-Semitism, particularly on the student left, is finally taken seriously.”

Russell Langer, campaigns director of the Union of Jewish Students, commented, “Considering the number of senior politicians who have passed through OULC, I hope that this matter is investigated urgently by the Labour Party with appropriate action taken.

“On a national level, UJS has an extremely positive relationship with Labour Students with many local clubs being strong supporters of Jewish students. It is a shame that OULC seems to be an exception to that rule.”

Liron Velleman of JLM commented, “JLM is a strong advocate of robust debate about the Middle East on campus and beyond. That support extends to discourse that is critical of Israel’s government and its policies. However, this development, in this context, crosses the red line between legitimate discourse and incitement against Jewish students. JLM has raised this with our colleagues at Labour Students and we are glad to see the swift condemnation of the events at OULC.”