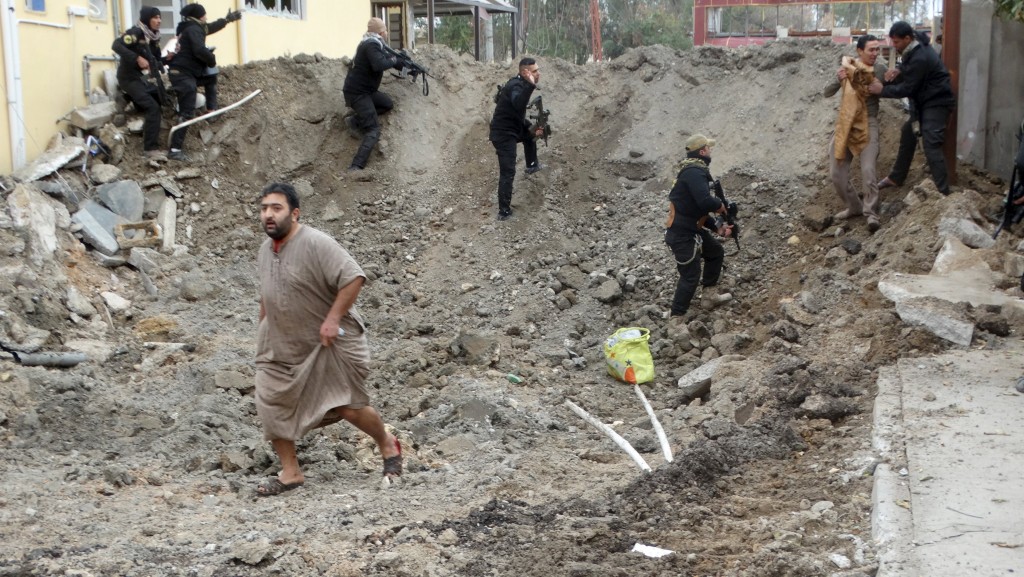 Around 5,700 structures in the western Iraqi city of Ramadi and its outskirts have incurred some level of damage since mid-2014, and almost 2,000 buildings have been destroyed, the United Nations said on Monday, citing satellite images.

Iraq declared victory over the Islamic State terror group in December after seizing the main government building in the city, the provincial capital of Anbar. But more than six months of fighting has shattered most infrastructure and leveled many homes in the city, where around half a million people once lived.

The impact of Islamic State bomb attacks and U.S.-led coalition air strikes has been documented by the United Nations Institute for Training and Research, which compared satellite imagery collected last month with images from July 2014.

More than 3,200 structures in the city center have been affected, with 1,165 destroyed, the analysis showed. Those figures nearly double when outlying areas are included.

It is not clear what percentage of Ramadi has been affected, but the imagery shows none of the central districts have been spared and almost every block has incurred at least some damage.

A U.N. statement called the analysis preliminary and said it had not been validated in the field. Baghdad has not yet declared the city safe for return; Iraqi special forces clashed with militants in some districts as recently as last week.

The cash-strapped government in Baghdad is appealing to international donors to help rebuild Ramadi, the largest city retaken from the Islamic State terror group. But it must first clear the explosives planted by the militants in streets and buildings – an effort which also requires funding Iraq doesn’t have.

The United Nations is working with local authorities on plans to rebuild health, water and energy infrastructure. Meanwhile, displaced residents are waiting in camps or rented accommodations in other parts of the country.

It is expected to take months to secure the city before reconstruction can begin.